Three Katz oil on paper all signed and dated 1960's.also… 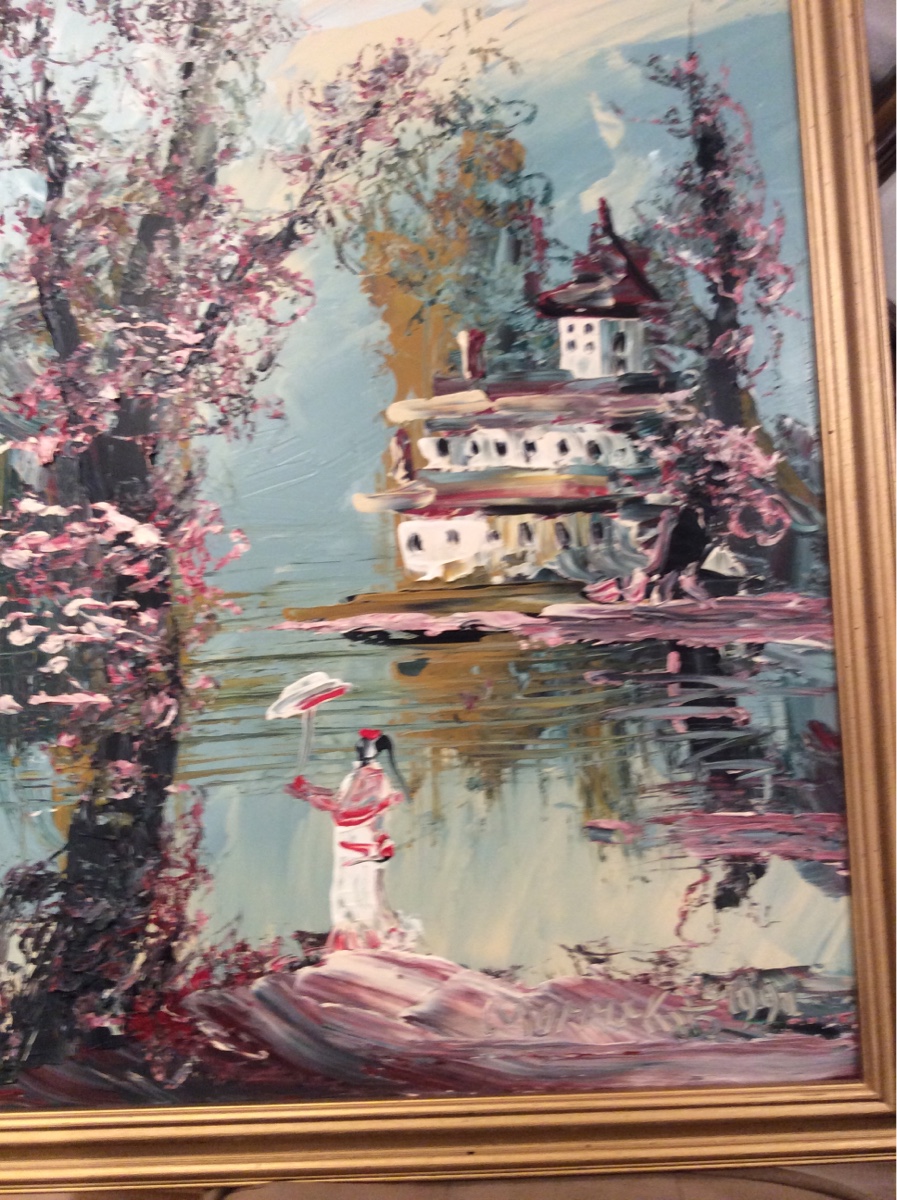 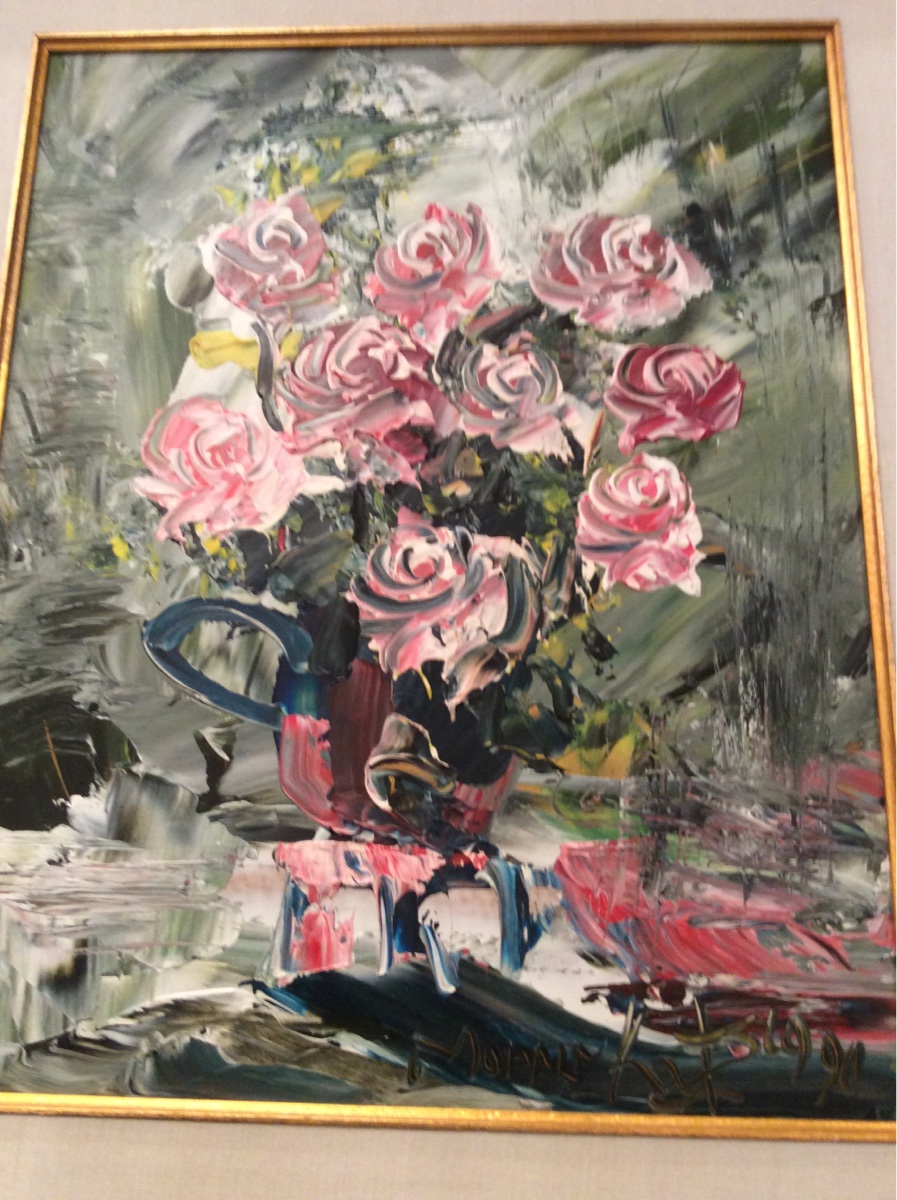 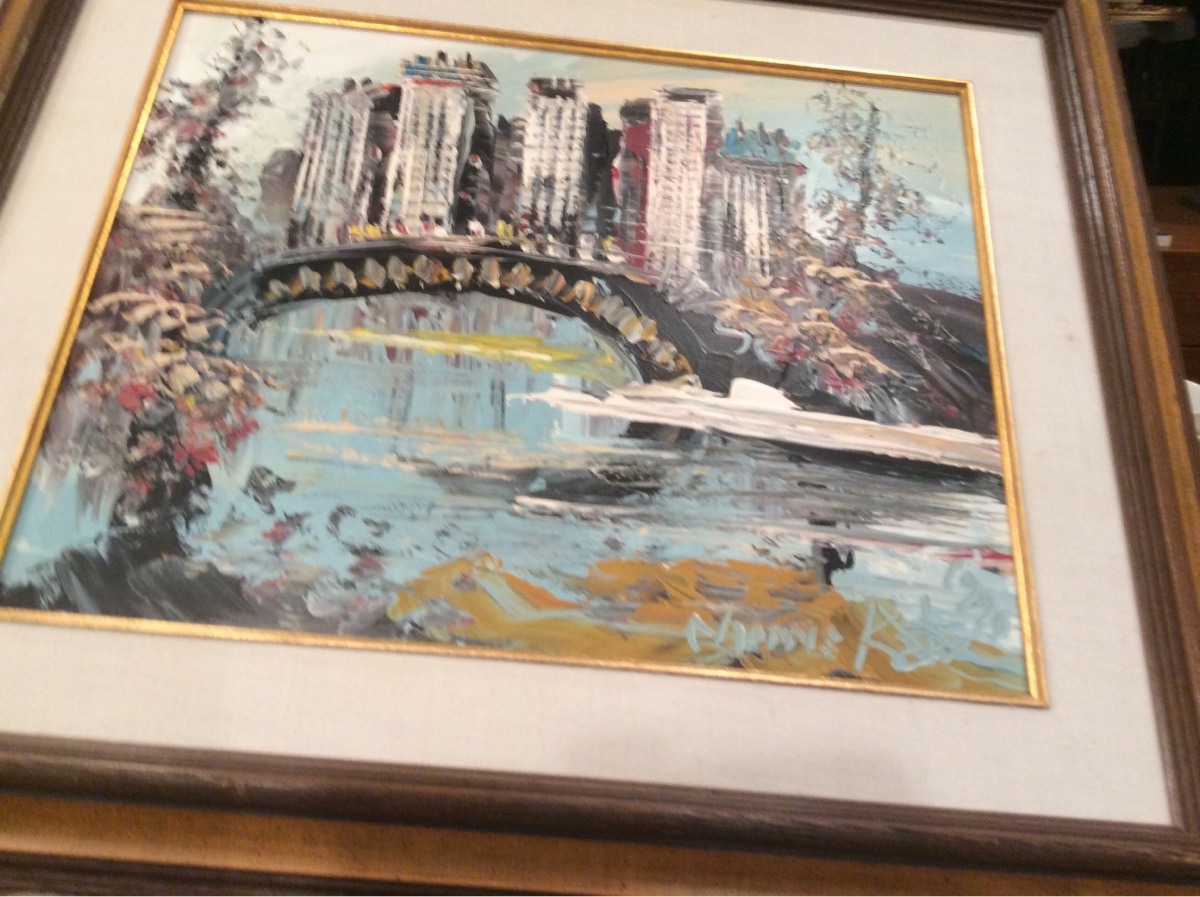 Hi my name is***** am a certified appraiser and would be happy to help you, I will do this now and post back when completed. i do not send pop up ads or emails I like to keep things in well written form so you have this for future reference. Please disregard the ads for services unless you wish to have premium phone call. Thank you

Here is his biography:

For Morris Katz, it was enough to finish an entire painting.

On May 9th, 1988, the New York artist set a new world record by painting a 12- by 16-inch canvas of a child in the snow in just half a minute. (It took an additional eight seconds to frame it.) And that wasn’t the only distinction granted to Katz by the Guinness Book of World Records—his name appeared alongside Pablo Picasso’s under the heading for “Most Prolific Painters.” The Spanish master is estimated to have completed some 13,500 paintings in his life; when Katz died in 2010 at age 78, he was credited with 225,000.

Katz’s preposterously productive career began in the small Polish village where he was born in 1932. He started studying under a German painter at age 13, but following World War II he earned a diploma in carpentry instead. In 1949, at the age of 17, he travelled to the United States. It was there that he picked up a paintbrush again, while studying at the Art Students League of New York and showing in the Village. “Soon, I decided I was good enough—compared to others, excellent enough—to make my living as an artist,” he said.

It was during those years that he developed the techniques that would eventually land him in the record books. He tossed out his paintbrushes and replaced them with palette knives and toilet paper, which he used to stipple the paint. “Soon I picked up speed,” Katz said. “If you know which way you’re travelling, then you can run.” He made art in bulk, buying up canvases by the thousands and paint by the gallon. He went through some 10,000 rolls of toilet paper per year; he often wore out palette knives.

Katz branded his method as “instant art.” Charles Salzberg, writing in New York magazine in 1978, urged readers, “Think of him, if you will, as the McDonald’s of the art world”—fast, cheap, and ubiquitous.

He wore a green beret, paint-splattered pants, and a shirt emblazoned with the words “Morris Katz - World’s Most Prolific Artist.” It was a title that came with a price—he worked 18-hour days into his 60s, sometimes from his Greenwich Village studio and other times as a performer at hotels across the Catskills. He would often visit three different hotels in the same day, waking up at 7 a.m. and returning home as late as 1 a.m.

His show was as much about the painting as it was the one-liners: “These are the highlights—you can tell because they’re high up on the painting,” he might say. Audiences gobbled up the jokes and the works, often paying less than $50 for a painting. “I give them a fresh painting like a fresh bagel,” he said.

“There were a lot of people from the hotel who were sitting in the room and he set up his easel and his toilet paper and paints and knocked out paintings one after another,” Spindel said. “Just a couple of minutes for each painting, usually. If he was kibitzing with the people in the audience then it took a lot longer. He was always clowning around.”

His act was ready-made for television; he appeared on 60 Minutes, David Letterman, and Oprah, among other programs. And Katz didn’t just make instant art—he taught it as well. In 1987, the New Yorker sent a writer to attend one of his speed-painting classes at the Notre Dame School on West 79th Street. A dozen eager students watched in admiration as he whipped up a mountain landscape, asking for advice on how, exactly, to hold their toilet paper for maximum artistic effect. For those who couldn’t make it to Manhattan for a lesson, he published a book—Paint Good & Fast (1985)—with a title as straightforward as his philosophy on art.

“Life goes faster and faster,” he wrote. “The fine arts must keep pace. This art will one day be viewed as prophetic.”

As Katz saw it, his was the true contemporary art: “fast, democratic and to the point.”

At the top left above our post are a series of 5 stars: 1 or 2 stars are that I have not helped you in answering 3-4 I have helped you yet not completely and 5stars are I have answered you and been fully helpful. If you still have questions please allow me to help you fully before rating with the stars. I enjoy helping customers and do my best to fully answer all questions.

CASSOC (Randi)
Certified Appraiser
Vocational, Technical or Trade Scho
1,522 satisfied customers
Show more
Disclaimer: Information in questions answers, and Show More
Disclaimer: Information in questions, answers, and other posts on this site ("Posts") comes from individual users, not JustAnswer; JustAnswer is not responsible for Posts. Posts are for general information, are not intended to substitute for informed professional advice (medical, legal, veterinary, financial, etc.), or to establish a professional-client relationship. The site and services are provided "as is" with no warranty or representations by JustAnswer regarding the qualifications of Experts. To see what credentials have been verified by a third-party service, please click on the "Verified" symbol in some Experts' profiles. JustAnswer is not intended or designed for EMERGENCY questions which should be directed immediately by telephone or in-person to qualified professionals.