Expert's Assistant: I always love having an appraiser look at my stuff. Sometimes its turned out to be surprisingly valuable. Tell us what else you do know and the antiques appraiser will be able to better assist you.

Appears to be an original watercolor , with stamp and signature in lower left corner ...also has hand-written on back ( by previous owner?) "Lin Fengmian"

Expert's Assistant: Is there anything else the antiques appraiser should be aware of?

Not that i can think of..I bought it at local auction here in Southern Cal

Hello my name is***** am a certified appraiser and would be happy to help you. Please post a few photos of the painting over all and a clear close up of the signature so I may review these and compare to his signatures. I will also need to know the measurements of the painting. This will help in giving you accurate value and information. You may click on the file upload and follow the prompts or email them to***@******.*** and please put "for ladytanya65" in the email so the company knows to forward on to me. I look forward to helping you Thank you 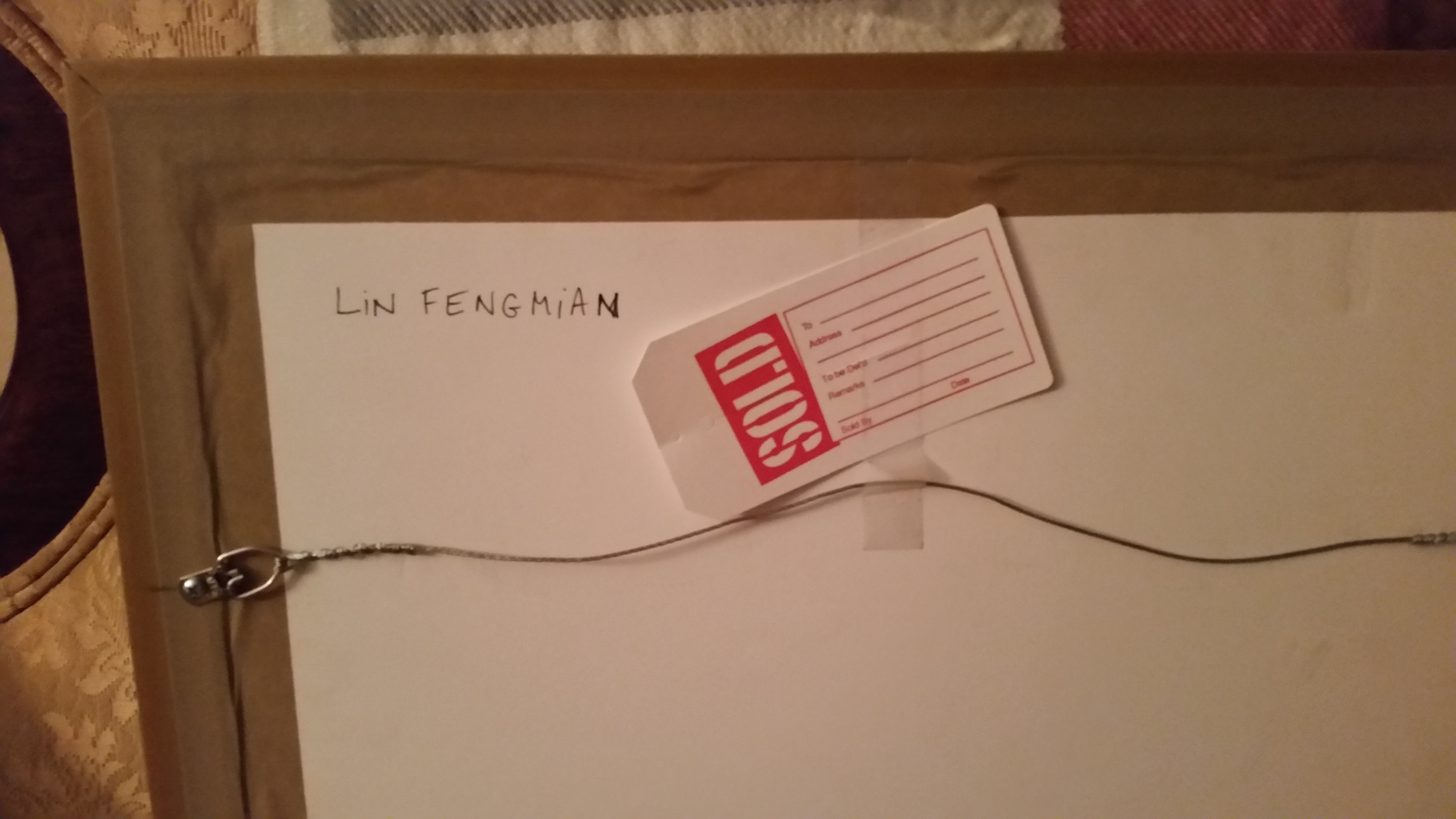 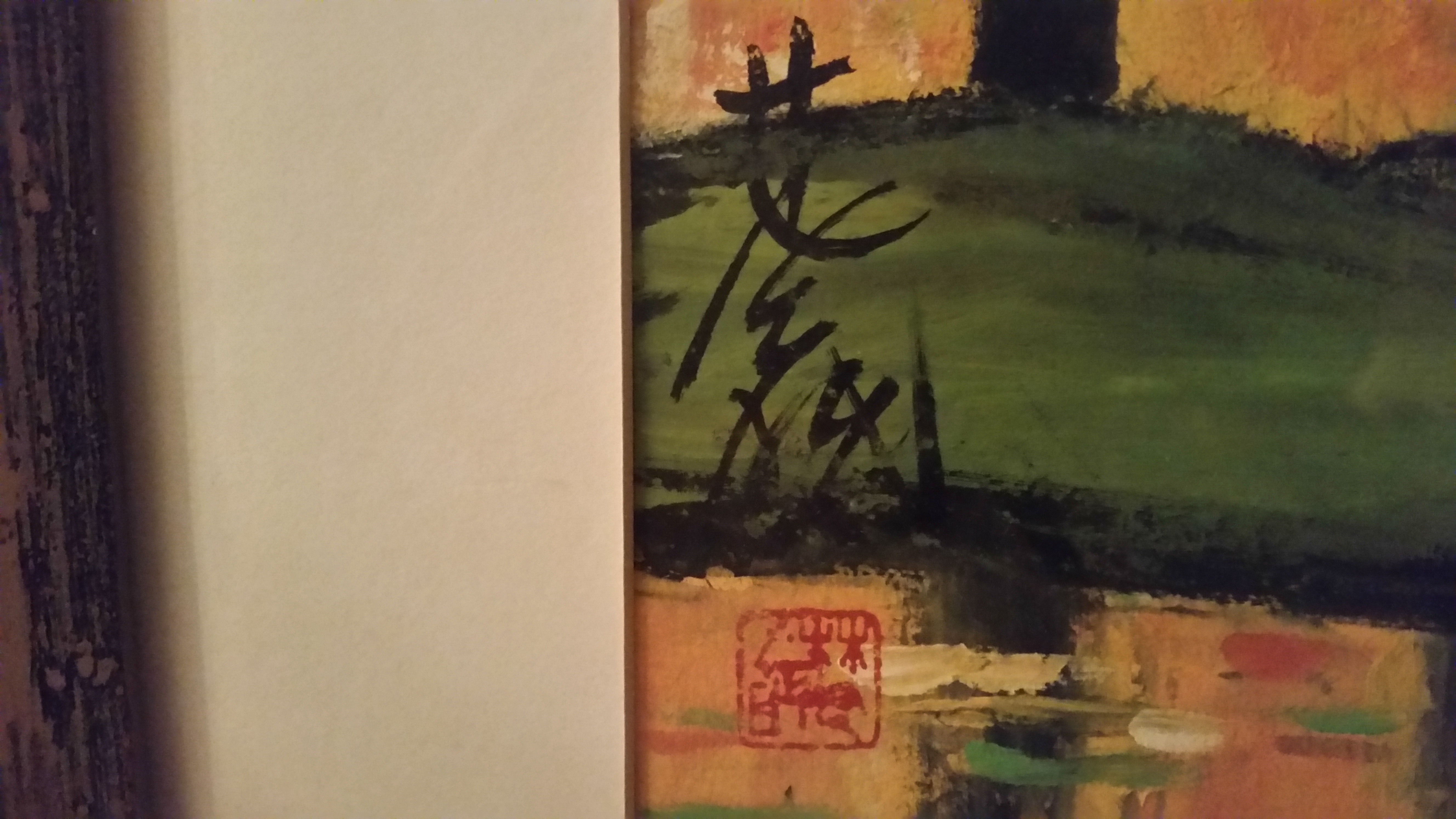 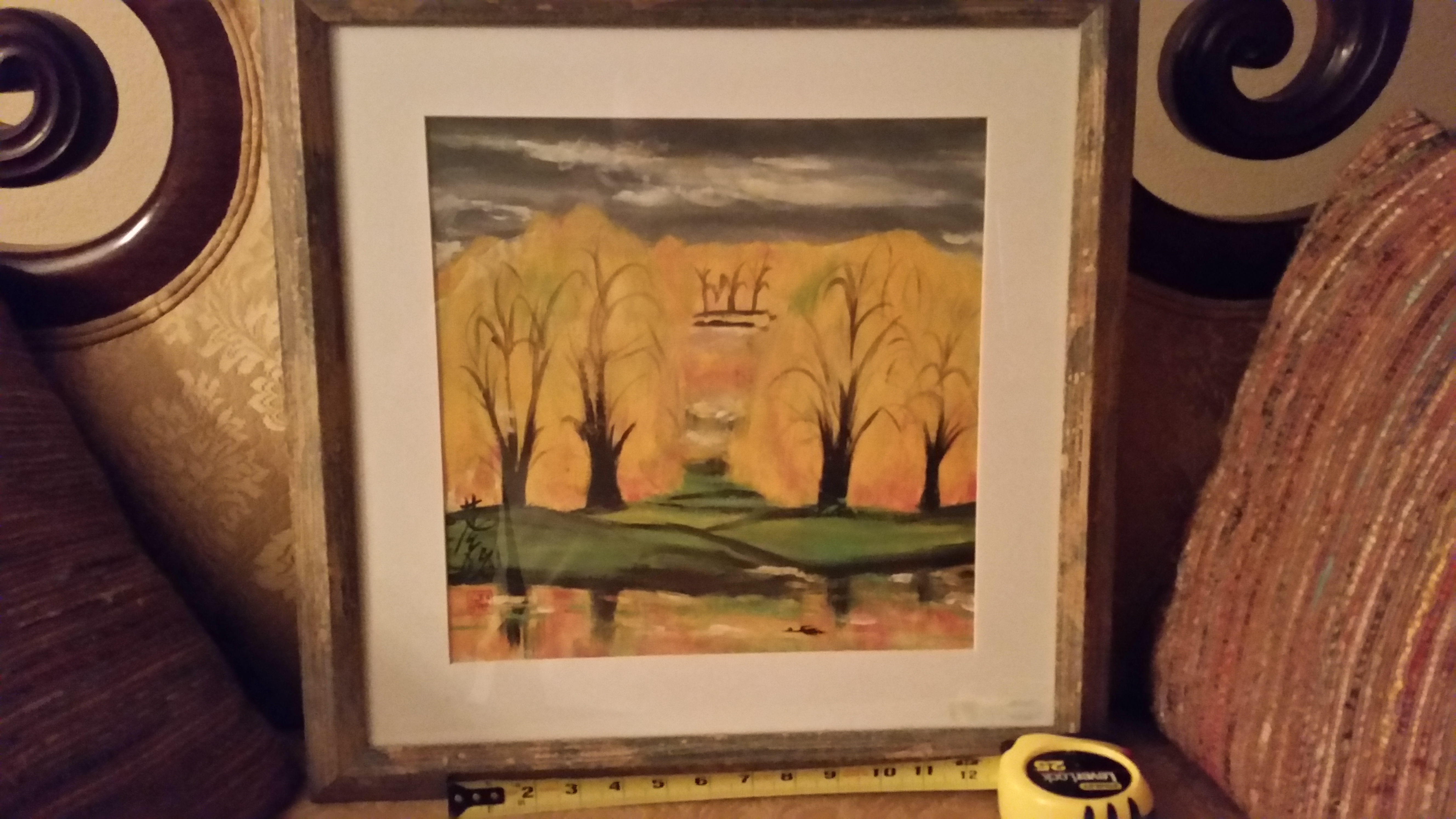 Thank you for the photos and I will now begin the research and post back when done If I have questions I will ask here but I think I have everything I need now. Thank you for the information.

Thank you for sharing this painting. I have compared the signature characters and seal throughout many of his known past auctions pieces. The characters appear to be his signature. In the following information I have attached his biography followed by auction houses that have recently sold or now have his paintings for up coming auctions. You may contact them and send the photos you have here that clearly show the signature. If you are wishing to sell this painting I would say the auction houses below would bring the widest audience for the greatest price as there are collectors buying his pieces just recently. The value on this painting 4900-7200.00 comparing the size and subject. However at auction it could go far above this value. If you are looking to insure this painting I would say the insurance value on this item would be 12,000.00

Lin Fengmian, originally named Lin Fengming, was a Chinese painter and is considered a pioneer of modern Chinese painting for blending Chinese and Western painting styles. He was also an important innovator in the area of Chinese art education.

Born in Mei County, Guangdong, like many of his peers, Lin partipicated in the "Diligent Work and Economical Study", Jinggong Jianxue program, a work-study program in China during that time. Similar to his compatriot Xu Beihong, Lin spent the early years of his career in Europe, moving to France in 1920 and studying painting in France.

In 1923, he later moved to Berlin, Germany. In 1925 he returned to China, where he became the principal of the Beiping State Vocational Art School. In 1928, with encouragement from Cai Yuanpei, he helped found the antecedent of the China Academy of Art, becoming its first principal.

Lin's works and life were met with great tragedy. While many of his early works were destroyed by Japanese soldiers during the Sino-Japanese War, many of his later works were destroyed during the Cultural Revolution. After being heavily criticized and denounced by the Gang of Four, Lin personally destroyed his own works by soaking and then flushing his works down the toilet; however, he still ended up being imprisoned for over four years.

In 1977, he was finally allowed to leave, on the assumption he would reunite with his family in Brazil. He instead he headed for Hong Kong, where he remained until his death in 1991. After his release, Lin slowly began to recreate many of his previously destroyed works.

1 or 2 stars are that I have not helped you in answering 3-4 I have helped you yet not completely and 5 stars are I have answered you and been fully helpful. If you still have questions please allow me to help you fully before rating with the stars. I enjoy helping customers and do my best to fully answer all questions.

Customer reply replied 4 years ago
Thanks Tanya. Can you point me to some comparable sales data . Also , I know you cannot be 100% certain given you are looking at photos , but what are the chances its a copy or "in the style of" ?

Hello thank you for the reply and I have gone through and found comparables to the size, color and subject matter. The closet I believe I have listed first. When headed to auction it is impossible to say what the hammer price is until the hammer hits. Items can either not sell or hammer far beyond the estimate. Chances for this to be a "done in the style of" or be a students copy?- I wish I could tell you with certainty. From the photos I believe it to be an actual water color by Lin. If I had to guess on a chance I would say it was a slim chance to be a student copy. "Done in the style of" usually will have the actual artists mark somewhere on the piece also. This is why I take time in really studying the photos and comparing seals and signatures. I do try my best to give as accurate an answer as possible. Without any expectations I would suggest sending the photos to one of the auction houses and asking them also how they feel about the painting. If they feel it is an authentic painting they will tell you and if they feel it is a copy or reproduction they will certainly tell you this also. I check many sites and catalogs on values before ever stating a value on an item as I want to be as accurate in current values. The ones listed below came from auction houses I felt had paintings that were the closest to yours in coloring, subject and size.

Here are some comparables:

similar in color and size, sold three years ago and as you can see estimated and hammer price show a great difference.

sold three years ago, similar in size and subject

this one is slightly bigger by an inch roughly but not as detailed and also sold 6 years ago.

this is in an upcoming auction and the estimated (not sold) value shows. The size is close and the colors are similar in the this one and the one you have.

If I can help you further please let me know.

Nora
Accredited Appraiser & Antique Expert
Post-Graduate from Christies London
33,189 satisfied customers
I have two Jean Folon watercolors; appx. 10" X 8". They are
I have two Jean Michael Folon watercolors; appx. 10" X 8". They are signed in pencil at the bottom right. One is of "the man", in a hat and overcoat. Lots of colorful arrows about. The other is a man … read more