S. Here is a pic purchased at auction house again. lol I…

Hi Robert S. Here is...
Hi Robert S. Here is a pic purchased at auction house again. lol I spent a lot of cash at this place. Took me awhile to decide how I wanted to decorate my home. Again just my taste of mismash. Now I was told very old and I thought it was colored pencil and the auctioneer said it was watercolors and very old. I'm confused, if old why is there a copyright circle and check out that guy's name. Says the same as the geeen case I showed you. I love this also. I should have been born then, I love the clothes and hair. The sheer elegance of her. Don't let me forget to show u this. Dee fixed the seat and gave it to me cause she sat in this at the desk. I'm sitting on it so I might forget. lol I'm not to bright at times.
Show More
Show Less
Ask Your Own Antiques Question 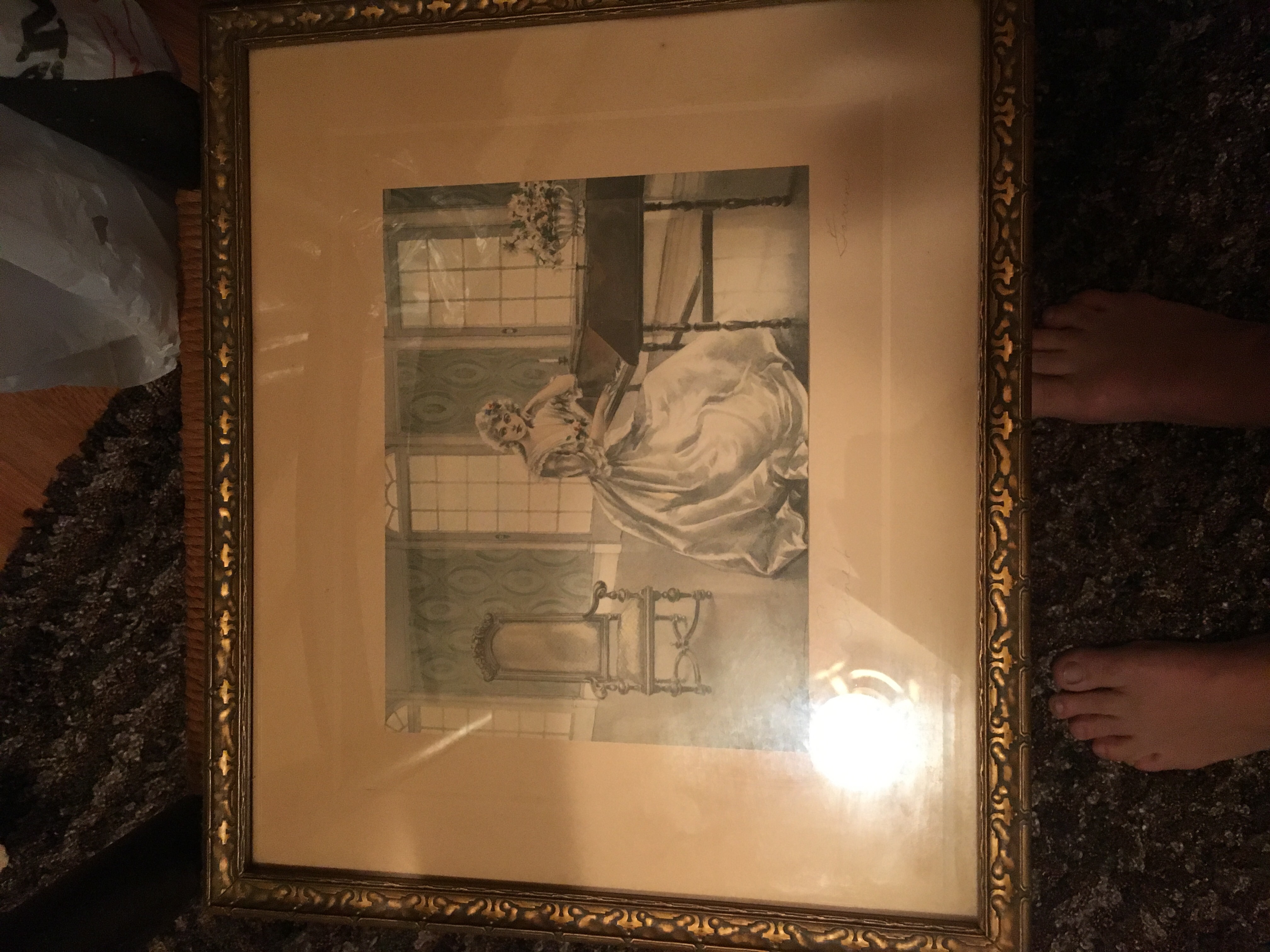 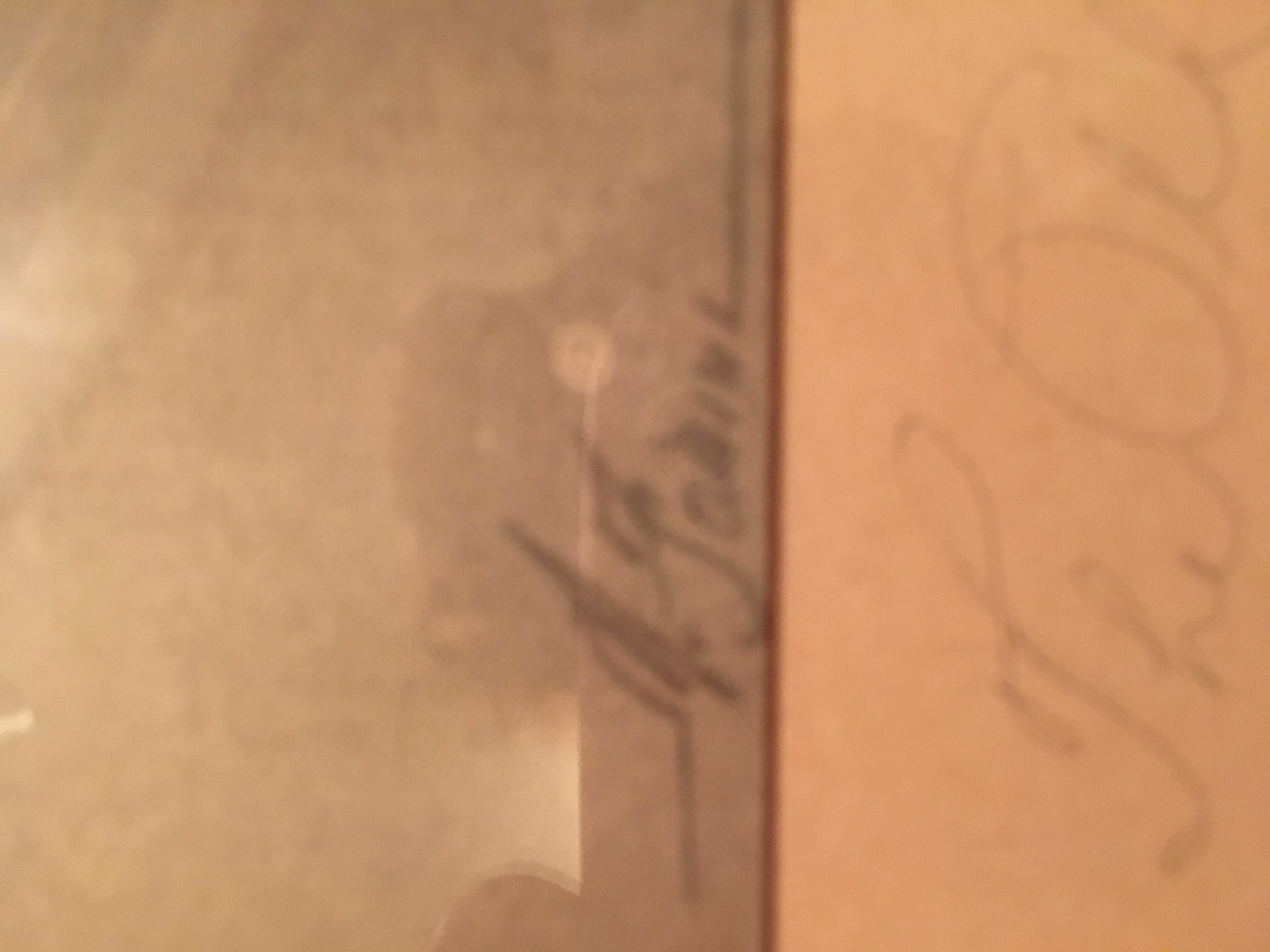 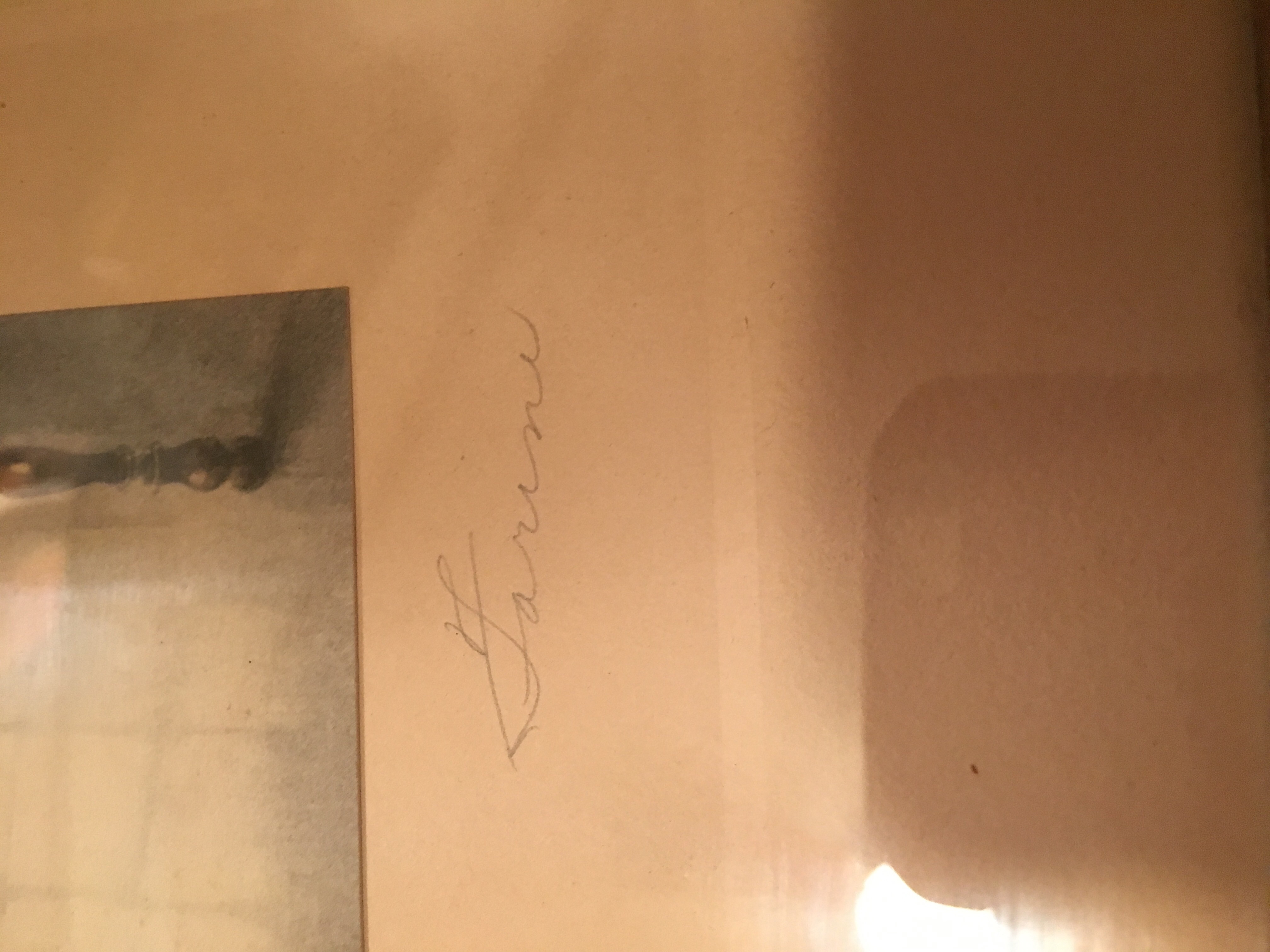 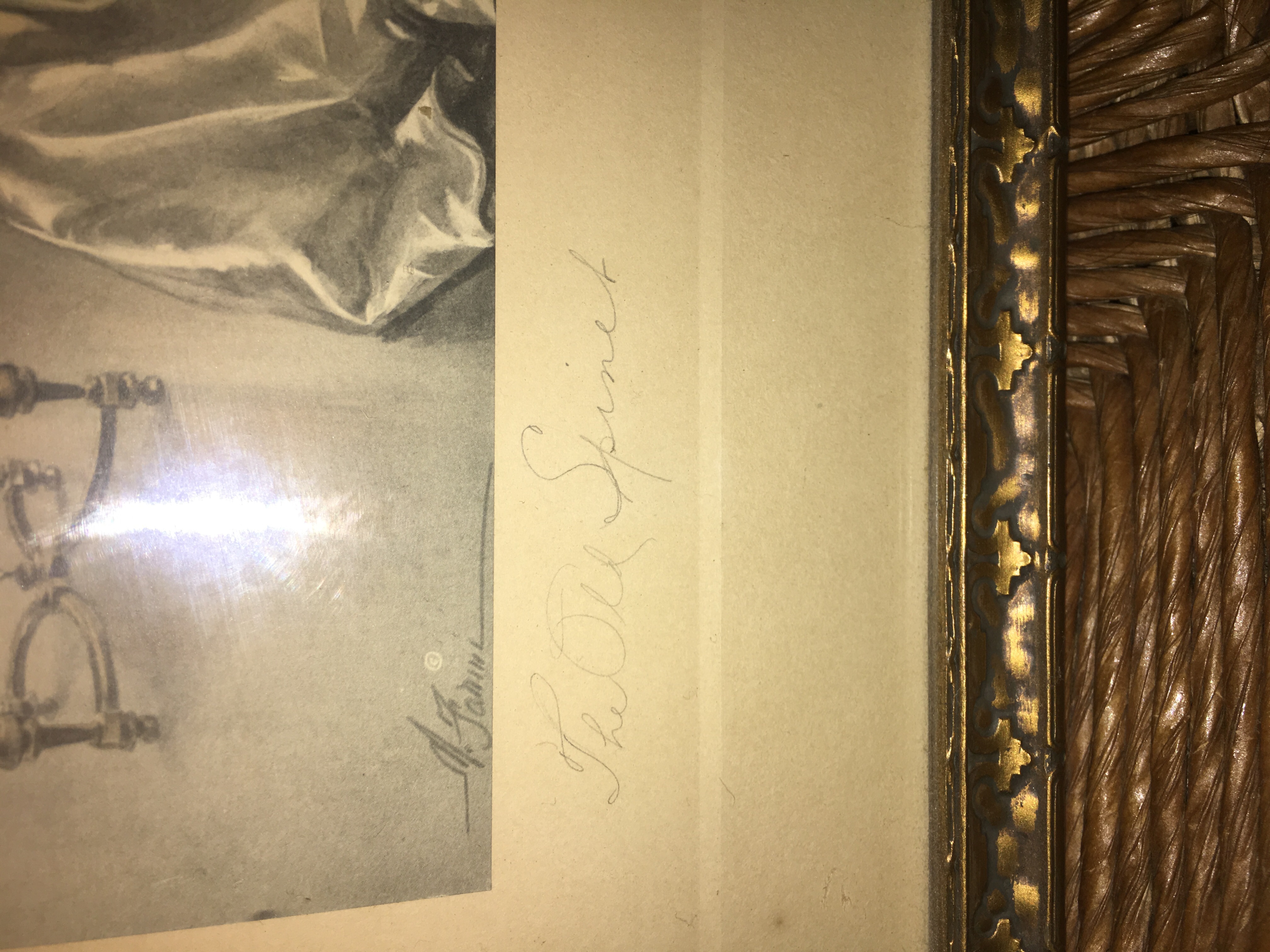 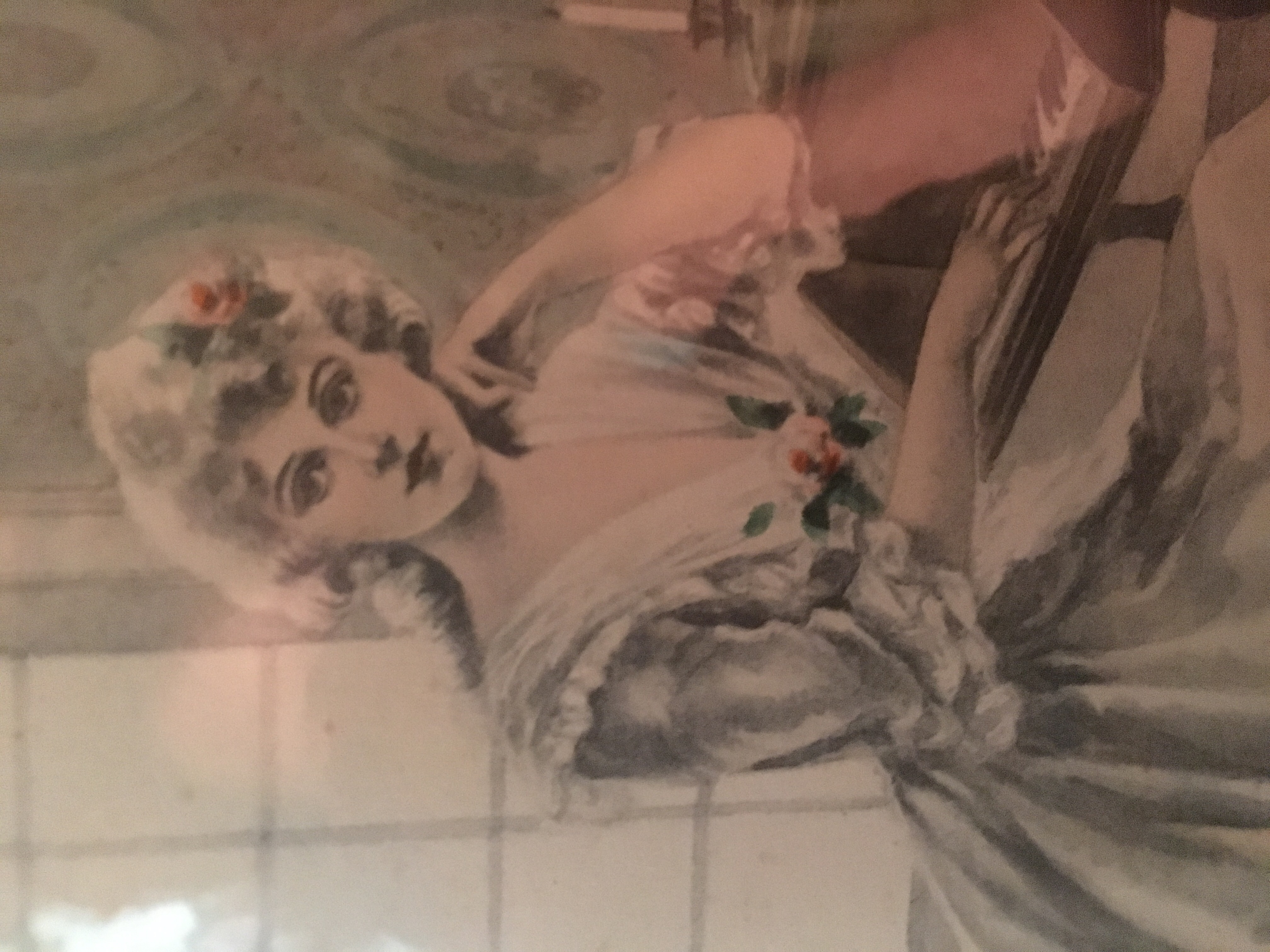 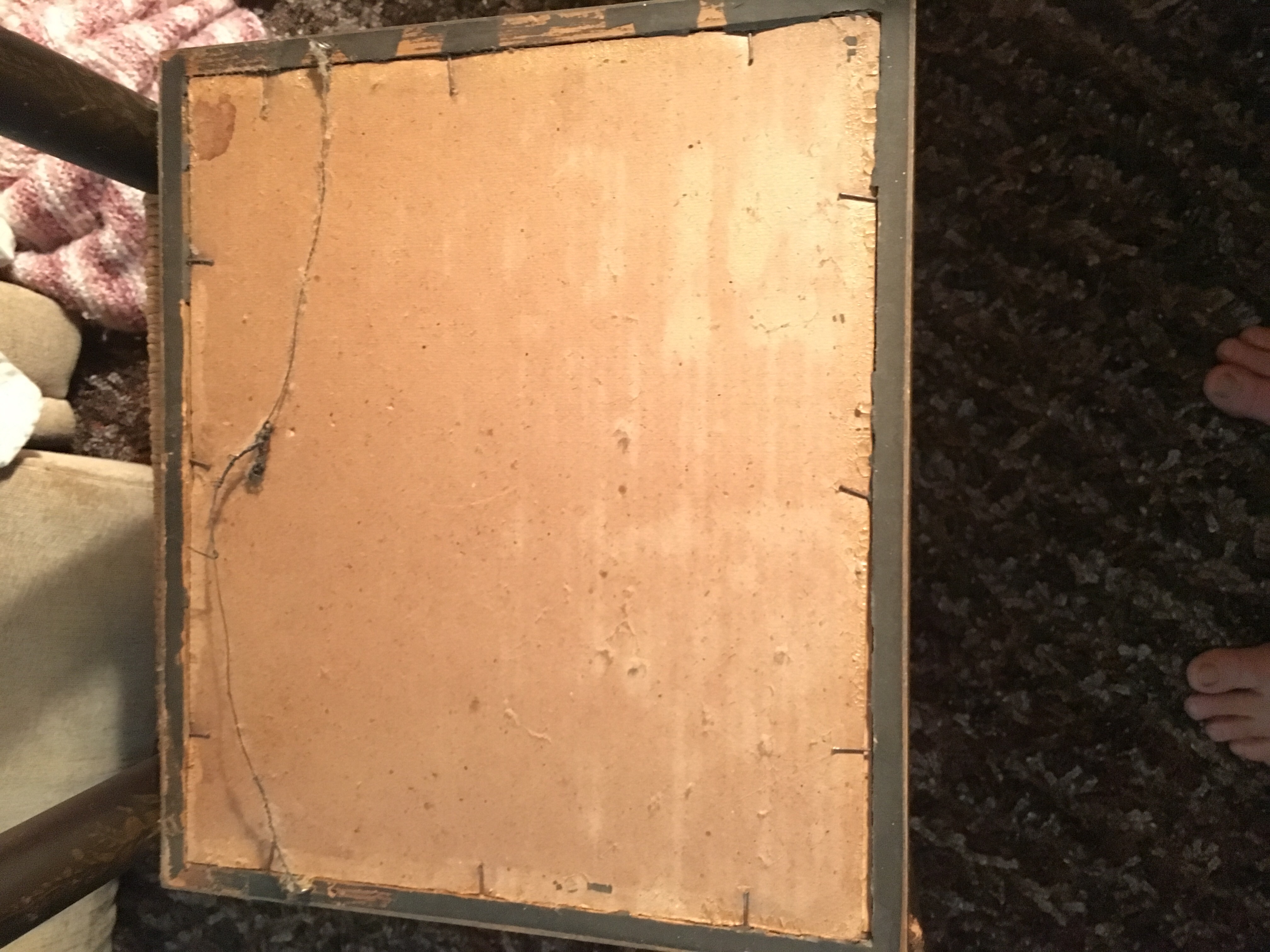 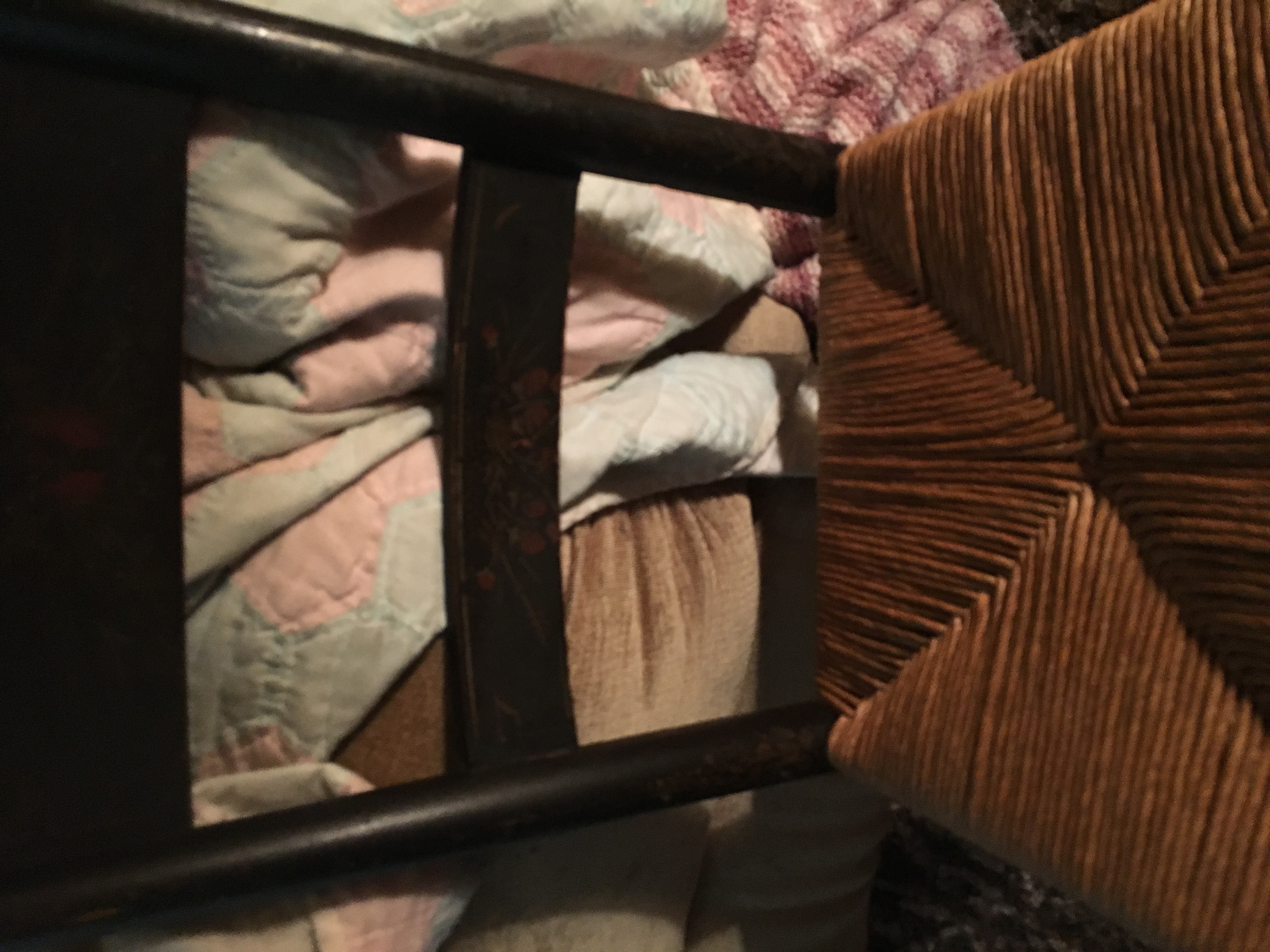 Hi Cindy, can't wait to see what this is, the suspense is killing me.....

As usual the pics failed to stick, can you have another go. 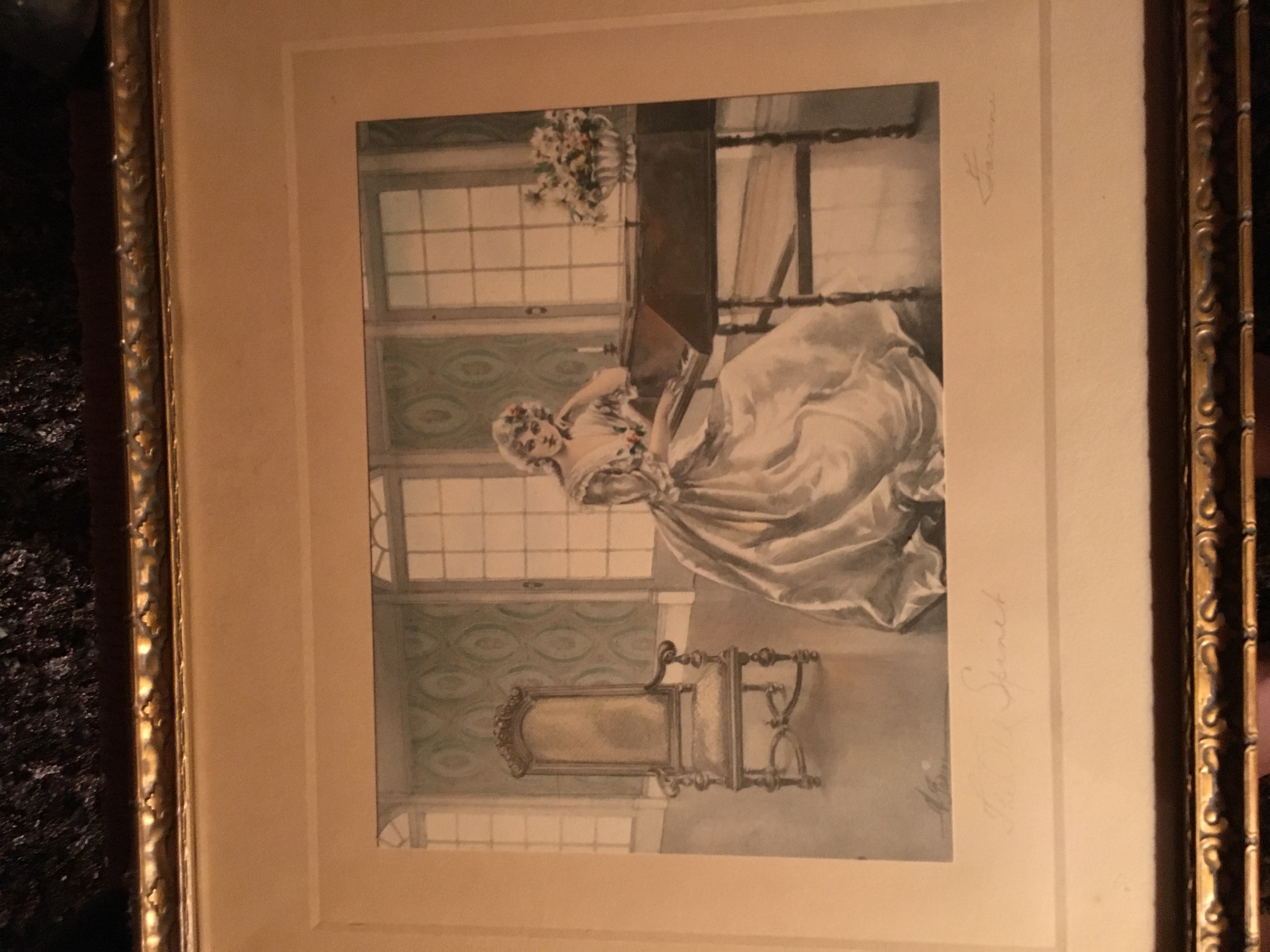 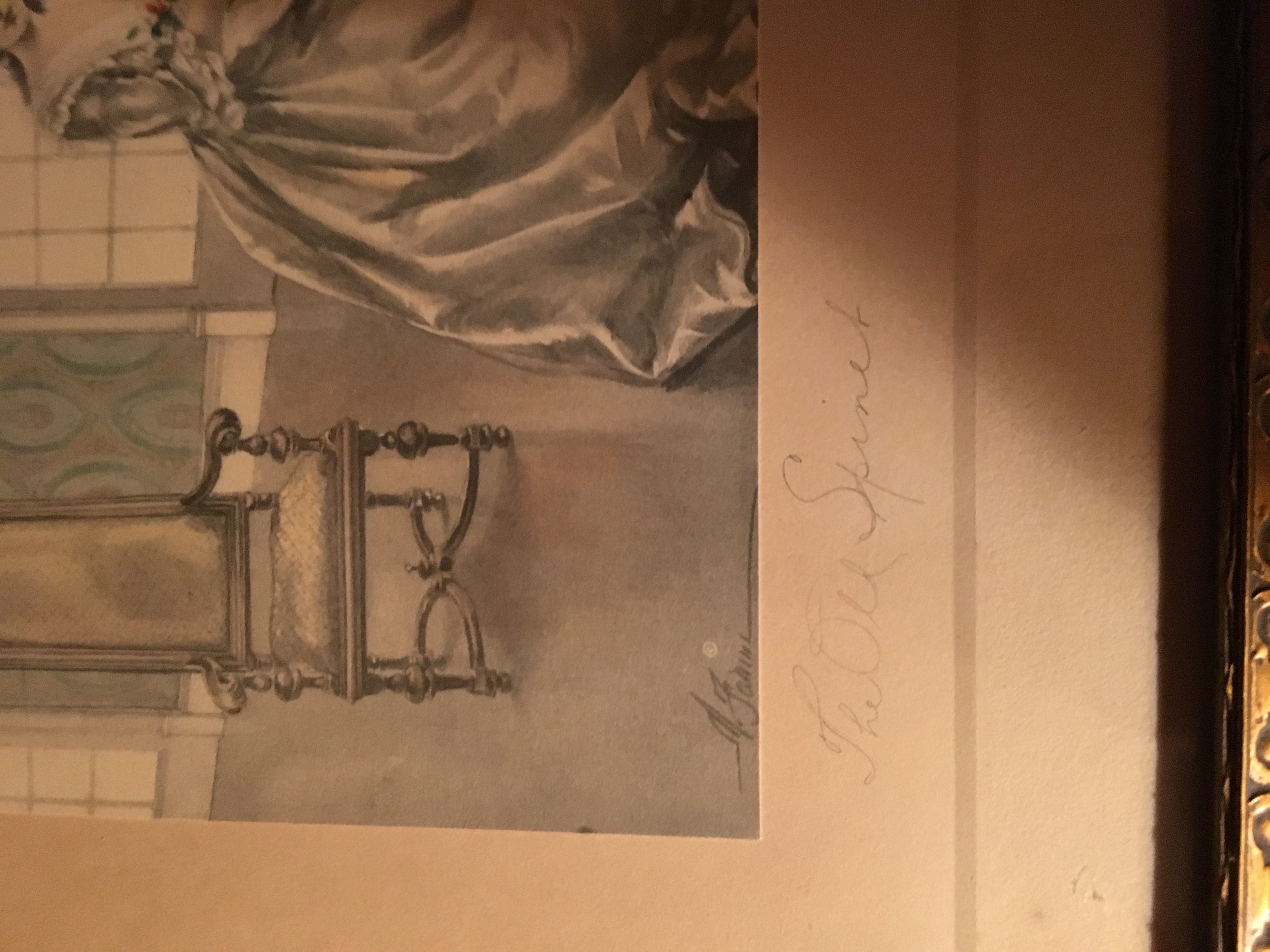 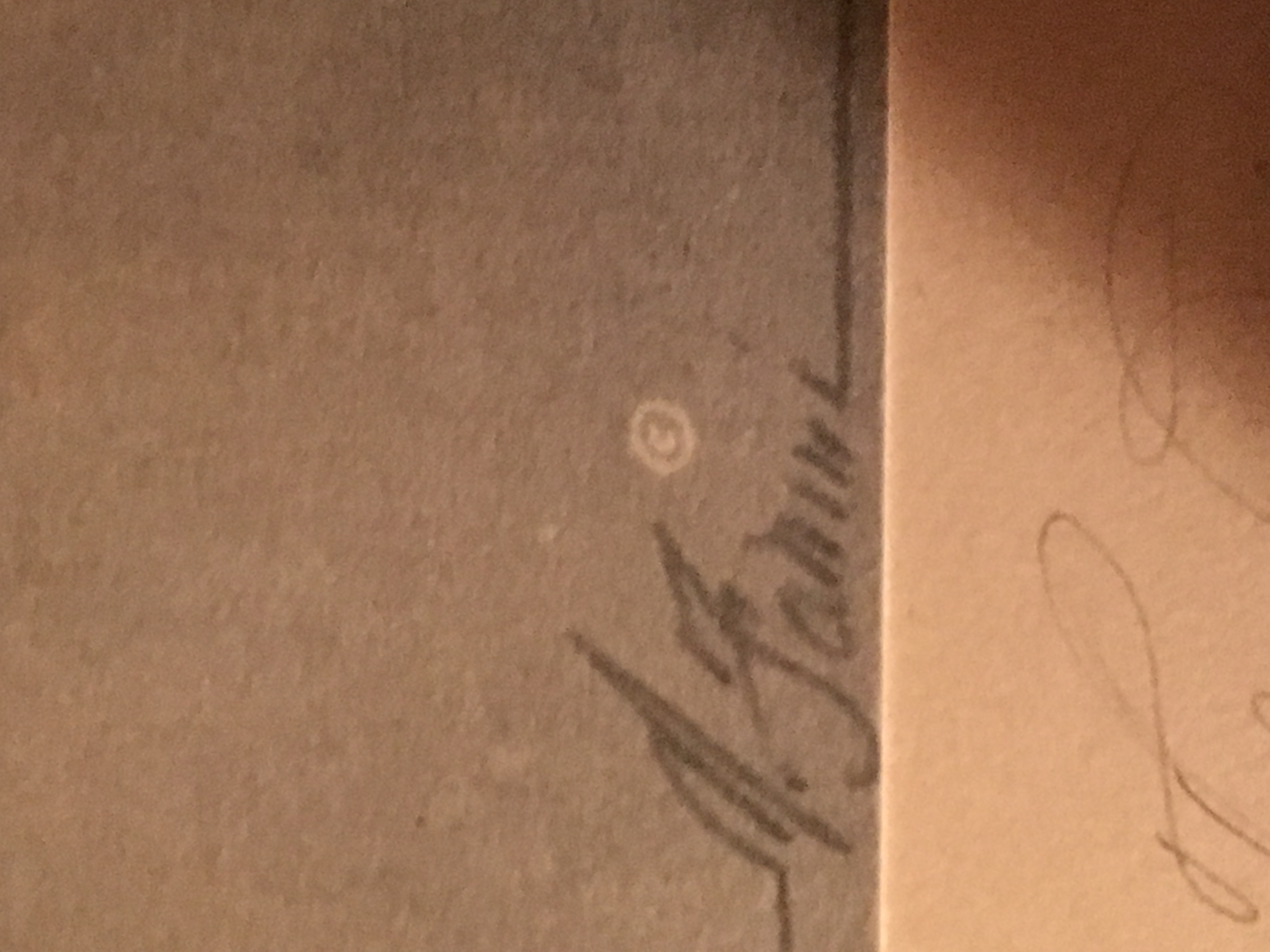 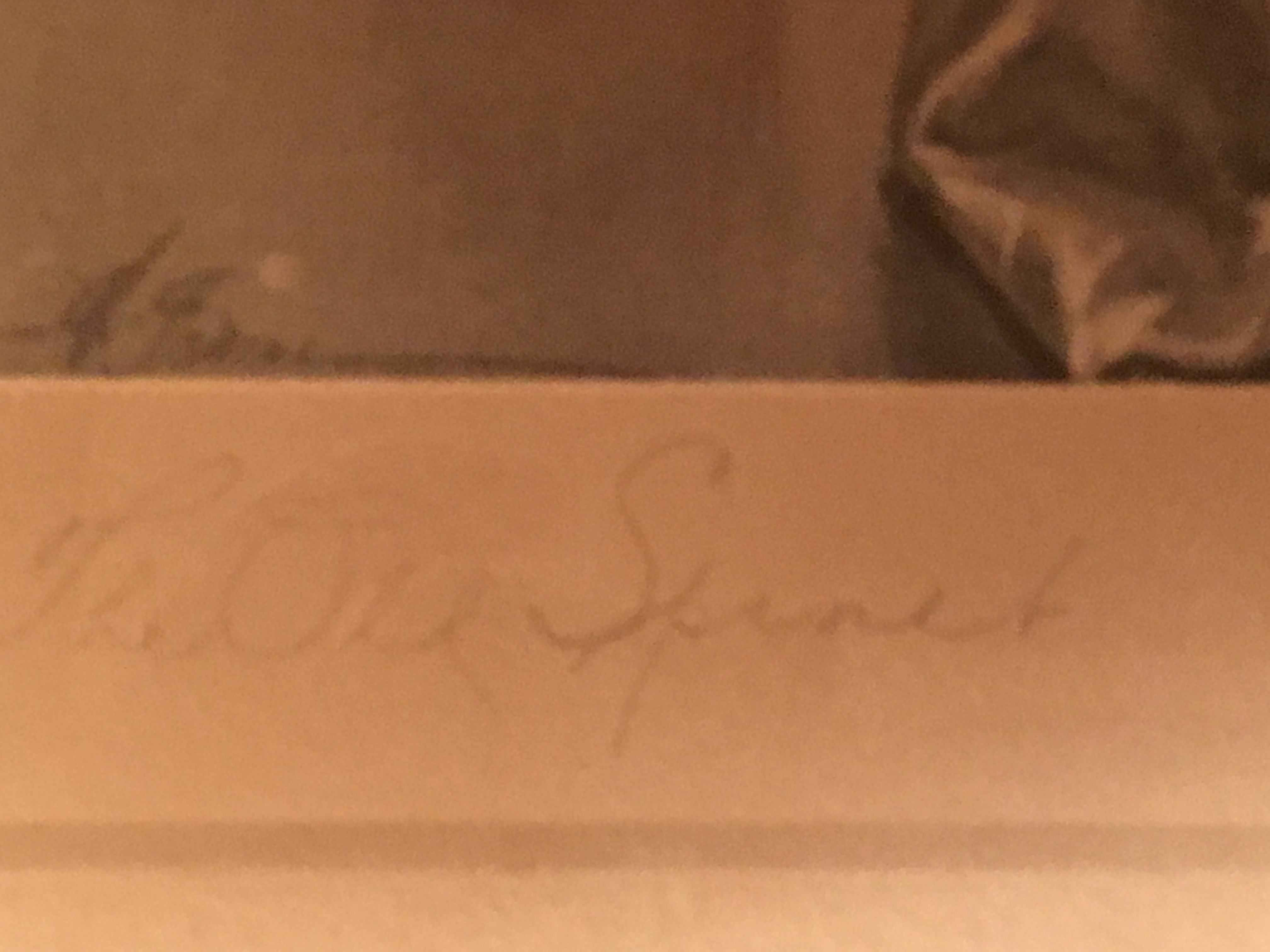 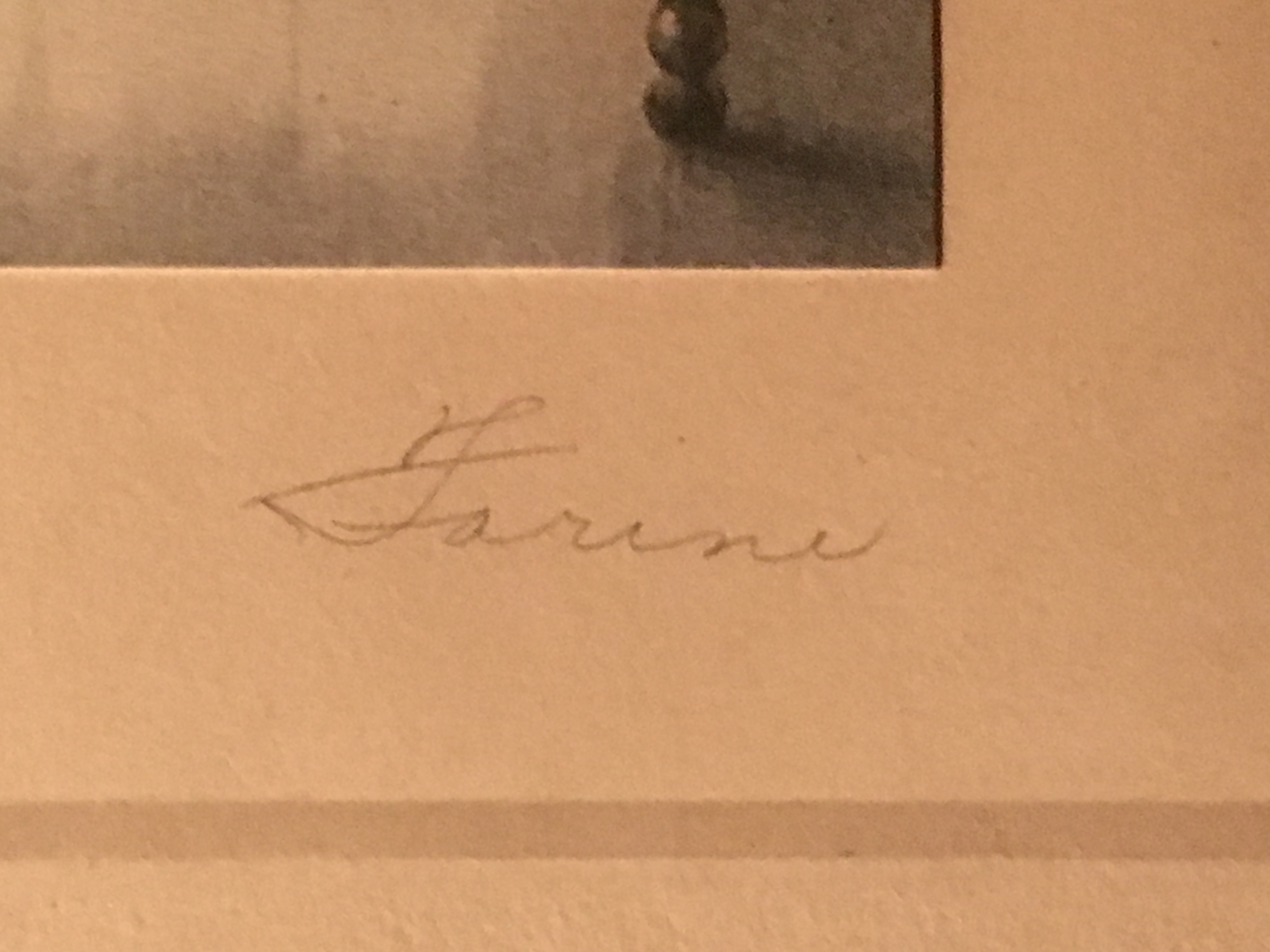 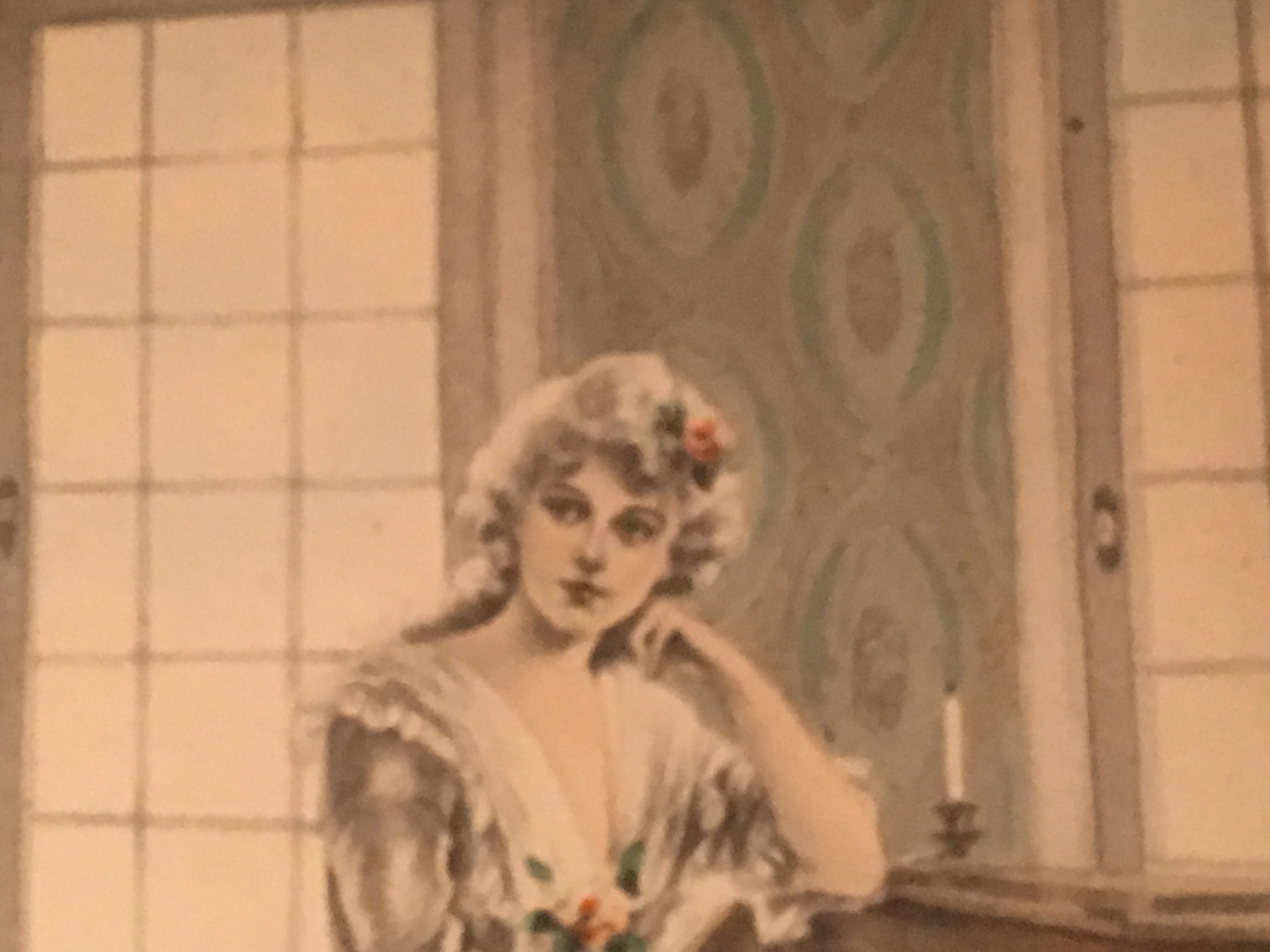 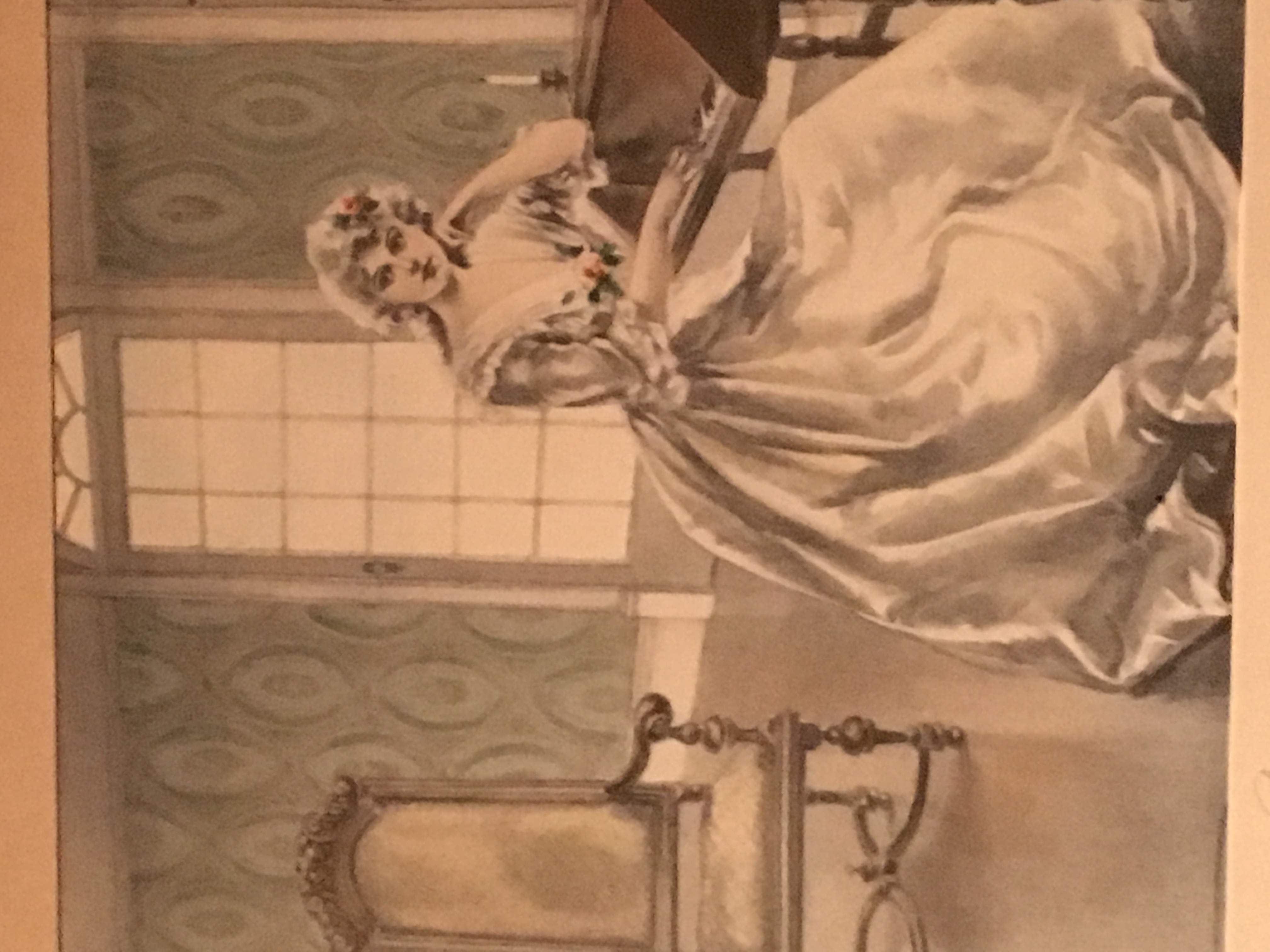 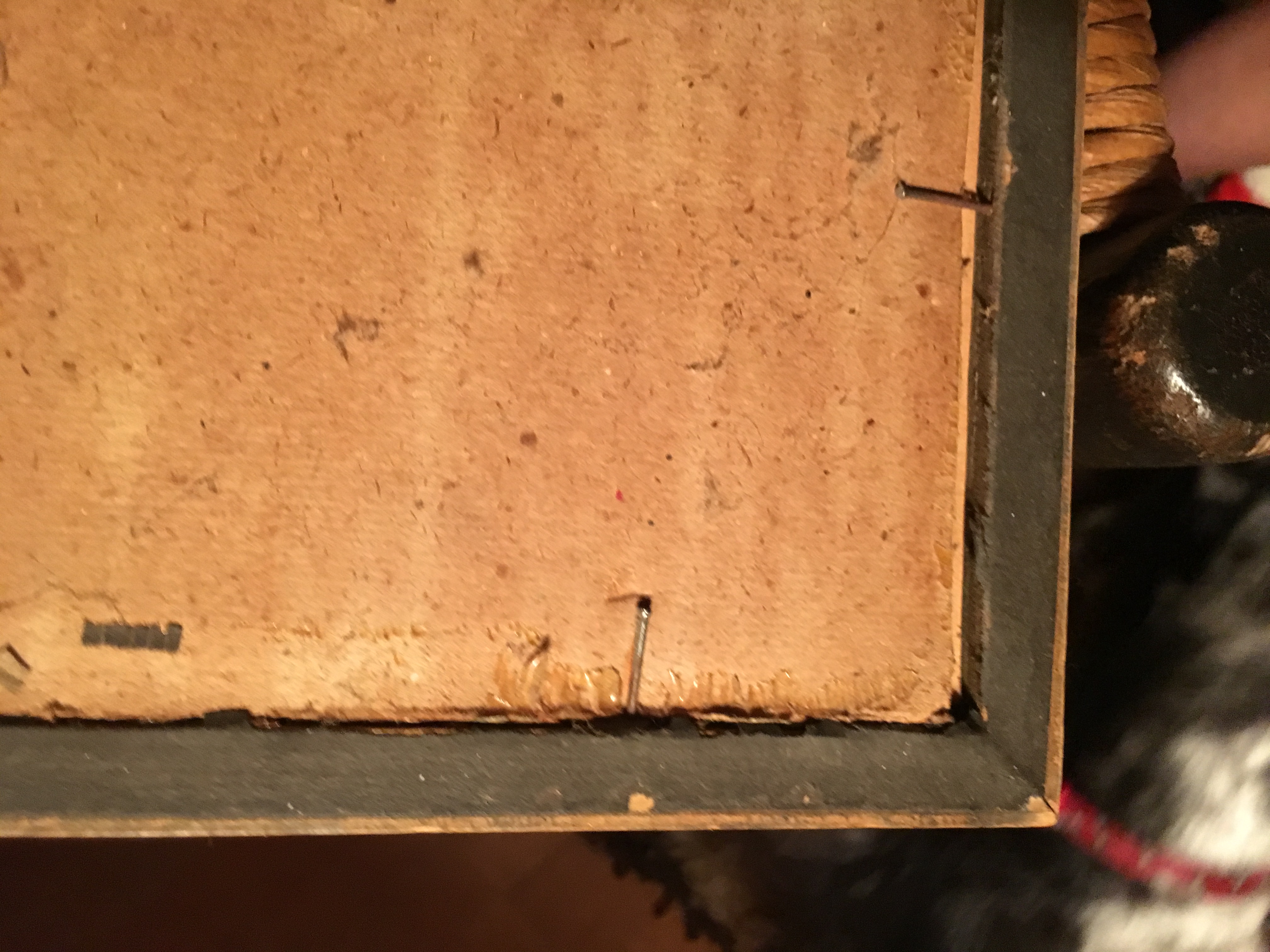 Many thanks for the photos, all came through perfectly, thanks. Apologies for the pause in getting back to you, I had to be away from my computer for longer than I expected, but I'm back now and ready to let you know as much as I can about your painting.

First of all, you are right, it's not as old as the subject matter suggests, that © symbol came into common usage from the mid-1950s on which is about when I would date this print to. And yes, it's a photolithographic print, rather than an original. The original was probably a watercolor or gouache painting and would have been painted around 1915. The © was added to the the 1950s prints when they were published.

It was done by an artist called May L. Farini who was born in England in 1877 and immigrated to the US as a young girl, settling in Bridgeport, Connecticut, in 1887. She studied under the artist, Henry Mosler in his studio in Carnegie Hall, and became a successful painter and illustrator, specializing in prints and particularly postcards. Her subject matter tended to be predominately beautiful young women in fine outfits in Victorian or earlier historical settings, as here with your "The Old Spinet" where the time period is no doubt intended to be Colonial. Sometimes her paintings were surprisingly topical and 'modern' such as this lady who's waving to a 'plane that looks like it might be being flown by Orville Wright.

She was active as an artist from the late 1890s until the 1930s though almost nothing is known of her later life, probably because if she got married she may have painted under a different last name.

Your picture would have been produced as so called "furnishing art" in a 1950s "Rooms-To-Go" equivalent and would have cost no more than about $6 at the time ($50 in today's money).

It's certainly increased a little since then but there's no specific following for this artist as far as I can tell. This example, a similar composition in the same historic interiors series as yours, sold on line for $90, which is probably about the upper end.

Verified
Robert S. and 87 other Antiques Specialists are ready to help you
Ask your own question now
Customer reply replied 3 years ago
Yeah the higher end of $90 cause I'm probably the dumb a?! That bought it. Lol man did these people see me coming! I pad prob 100. For it. Question time Robert: when I see the (where the hell is the copyright key) copyright sign on anything that I would be interested in bidding on or garage saleing and buying for my house, that c will tell me it's 1950 or later. So when the auctioneer looks at me and says yeah yeah yeah, and I see that mark, I will know he's either I informed or ripping me off. I do love that picture though. K here comes a piece of Nippon.

Yes, absolutely with the © symbol. It's almost always post-1954.

There are a very few exceptional circumstances where it may appear before that, however the © officially became legal following an amendment to the Copyright Act of 1909 that was passed by US Congress in 1954.

The auctioneer sounds like he was spinning you a line. Is he young? If so, 62 years (since 1954) in his mind would seem like the age of the dinosaurs to him. But still not excusable.

Will look out for the Nippon!

Nora
Expert in Fine and Decorative Arts: Renaissance through Contemporary
Post-Graduate from Christies London
25,807 satisfied customers
I inherited a station masters roll top Oak desk from the first
I inherited a station master's roll top Oak desk from the first transcontinental railroad when my father died. It has been passed down from his great grandfather who bought it in 1908 or so when they … read more

Diana F.
Appraiser
Bachelor's Degree
9,412 satisfied customers
Show more
Disclaimer: Information in questions answers, and Show More
Disclaimer: Information in questions, answers, and other posts on this site ("Posts") comes from individual users, not JustAnswer; JustAnswer is not responsible for Posts. Posts are for general information, are not intended to substitute for informed professional advice (medical, legal, veterinary, financial, etc.), or to establish a professional-client relationship. The site and services are provided "as is" with no warranty or representations by JustAnswer regarding the qualifications of Experts. To see what credentials have been verified by a third-party service, please click on the "Verified" symbol in some Experts' profiles. JustAnswer is not intended or designed for EMERGENCY questions which should be directed immediately by telephone or in-person to qualified professionals.