Diana F.) Diana how are you? I am good I thought I start…

Diana F.) hi Diana how...
Diana F.) hi Diana how are you? I am good I thought I start cracking on these little hot wheel type cars the first lot is the bigger ones I have iam not sure what scale these would be let me know if u need me to figure that out
Show More
Show Less
Ask Your Own Antiques Question 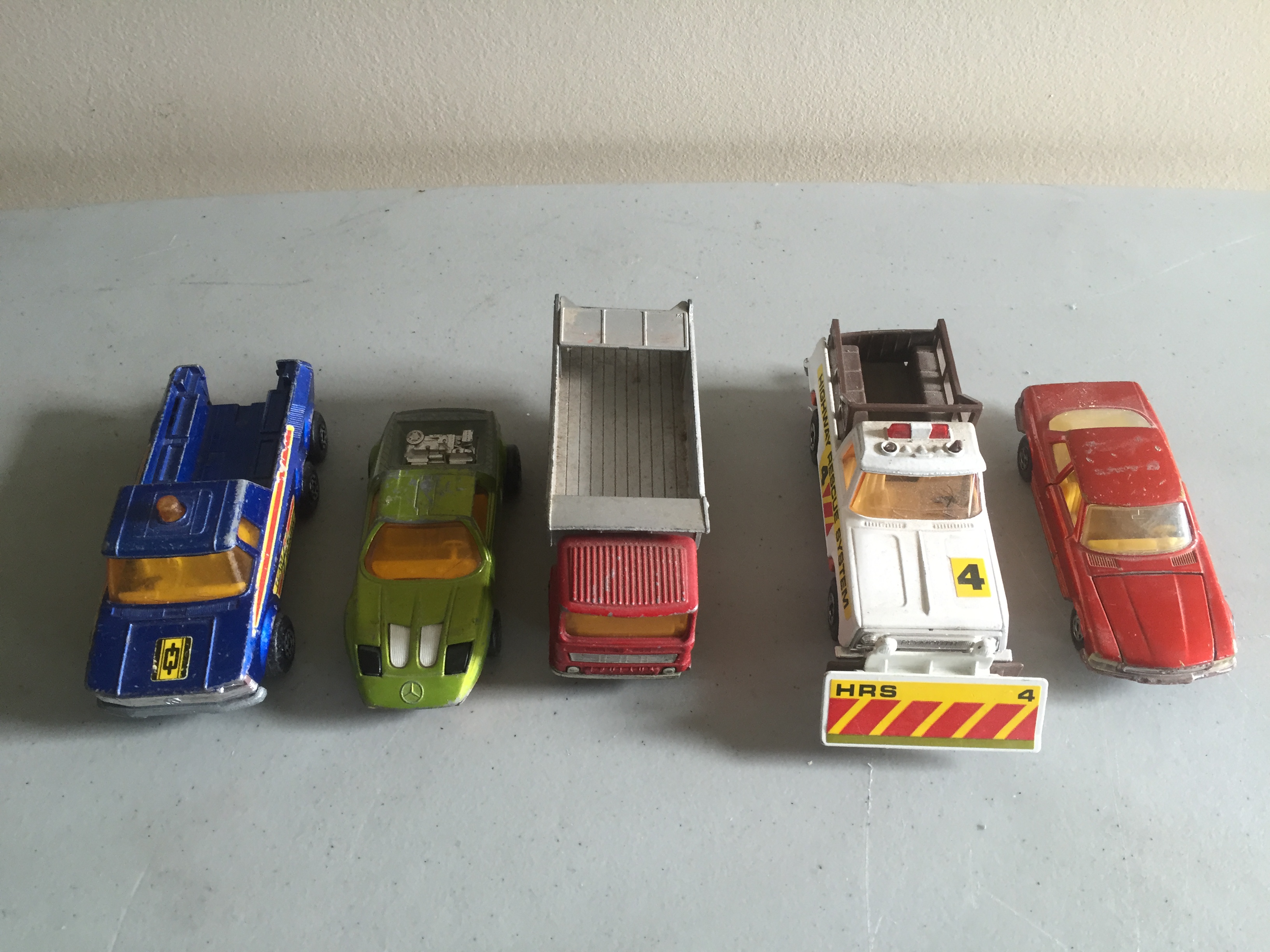 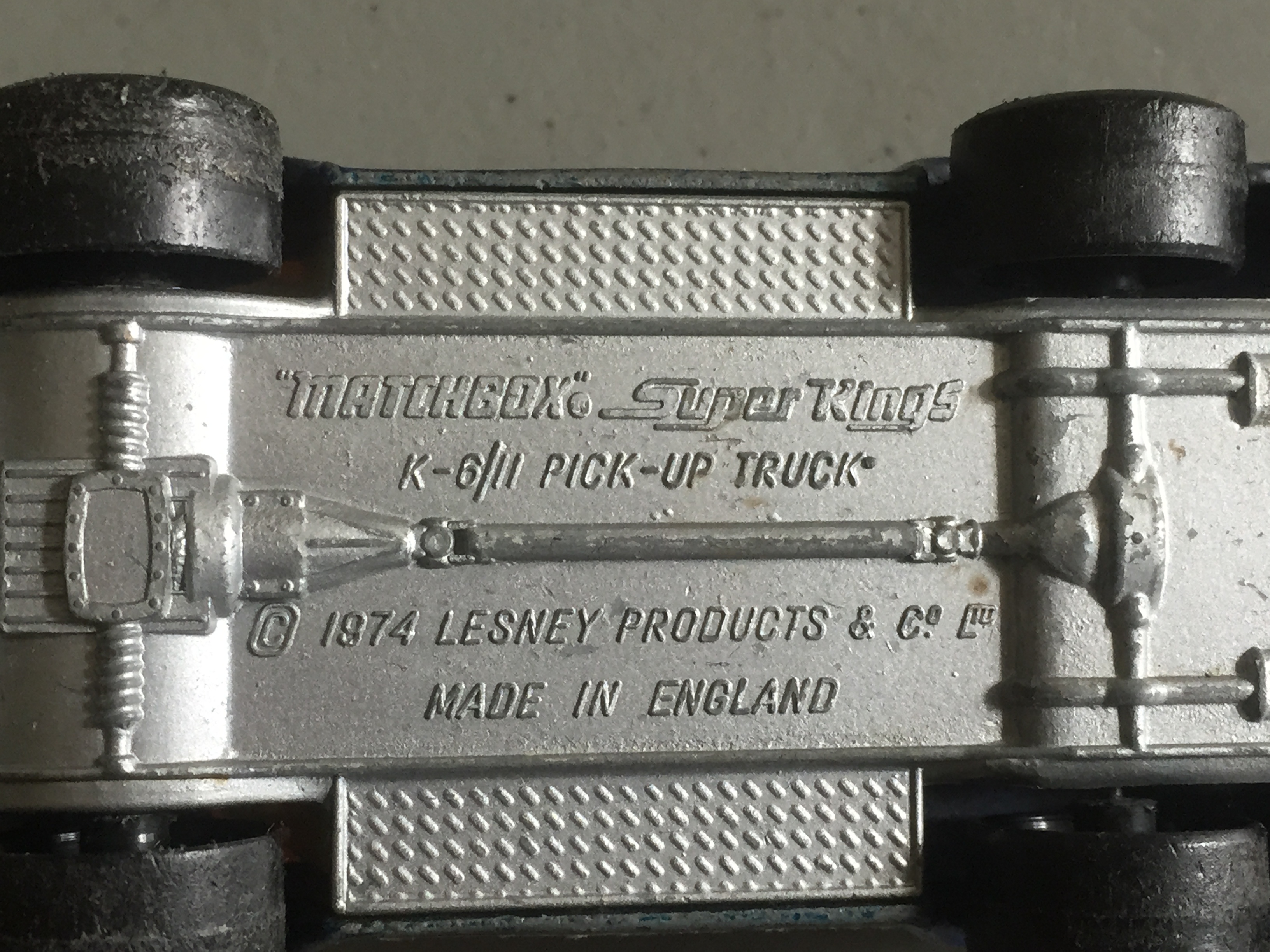 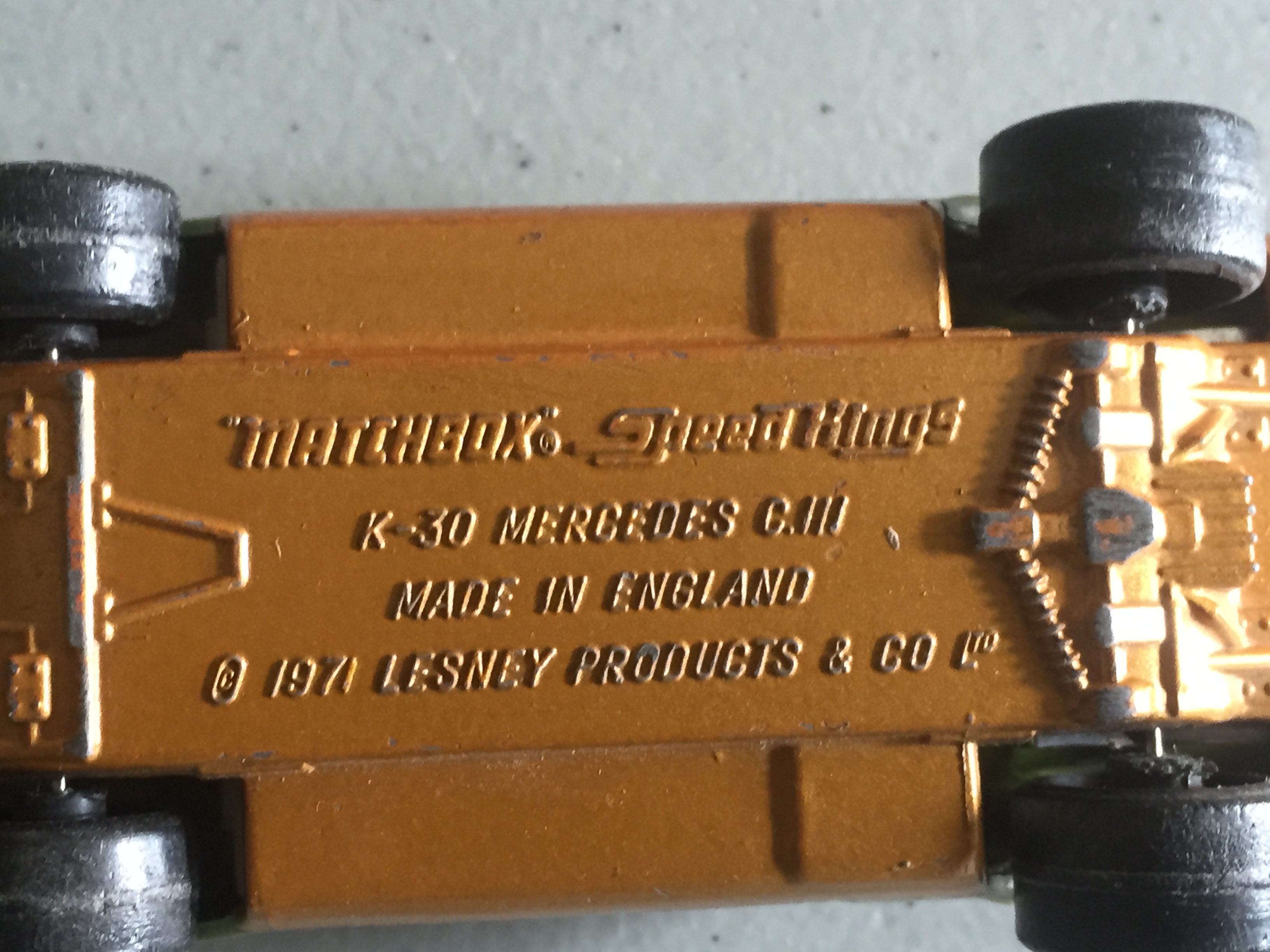 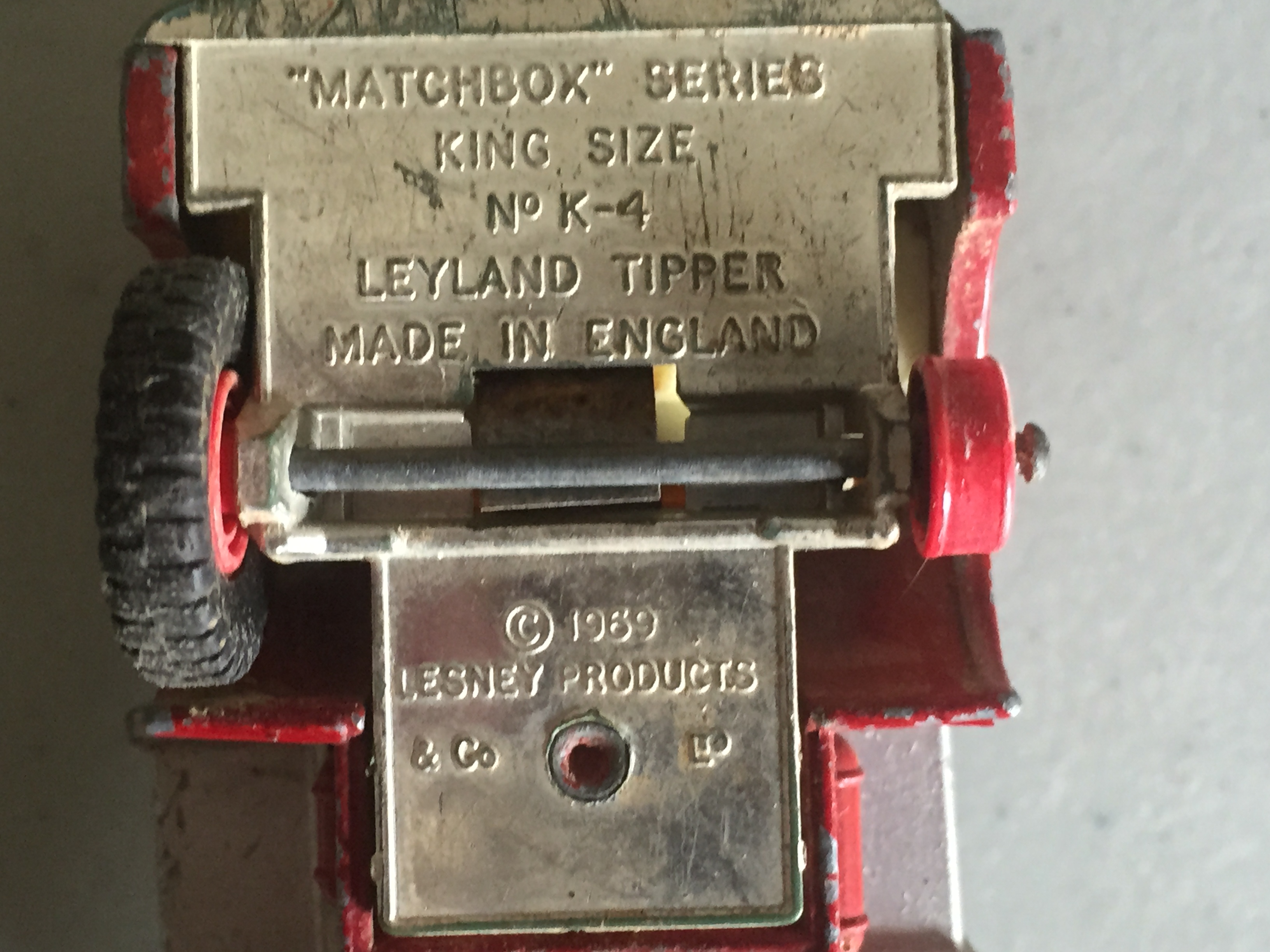 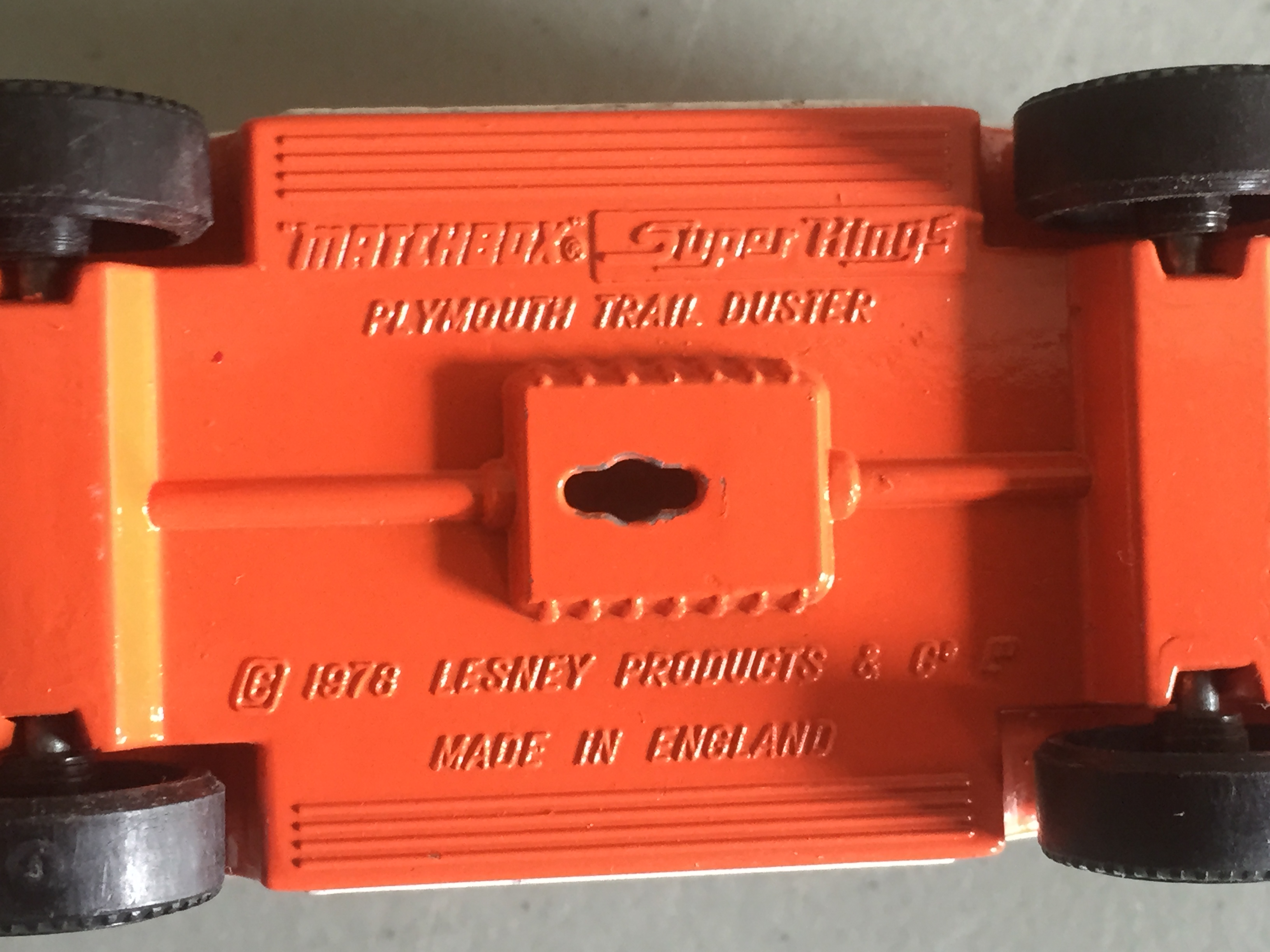 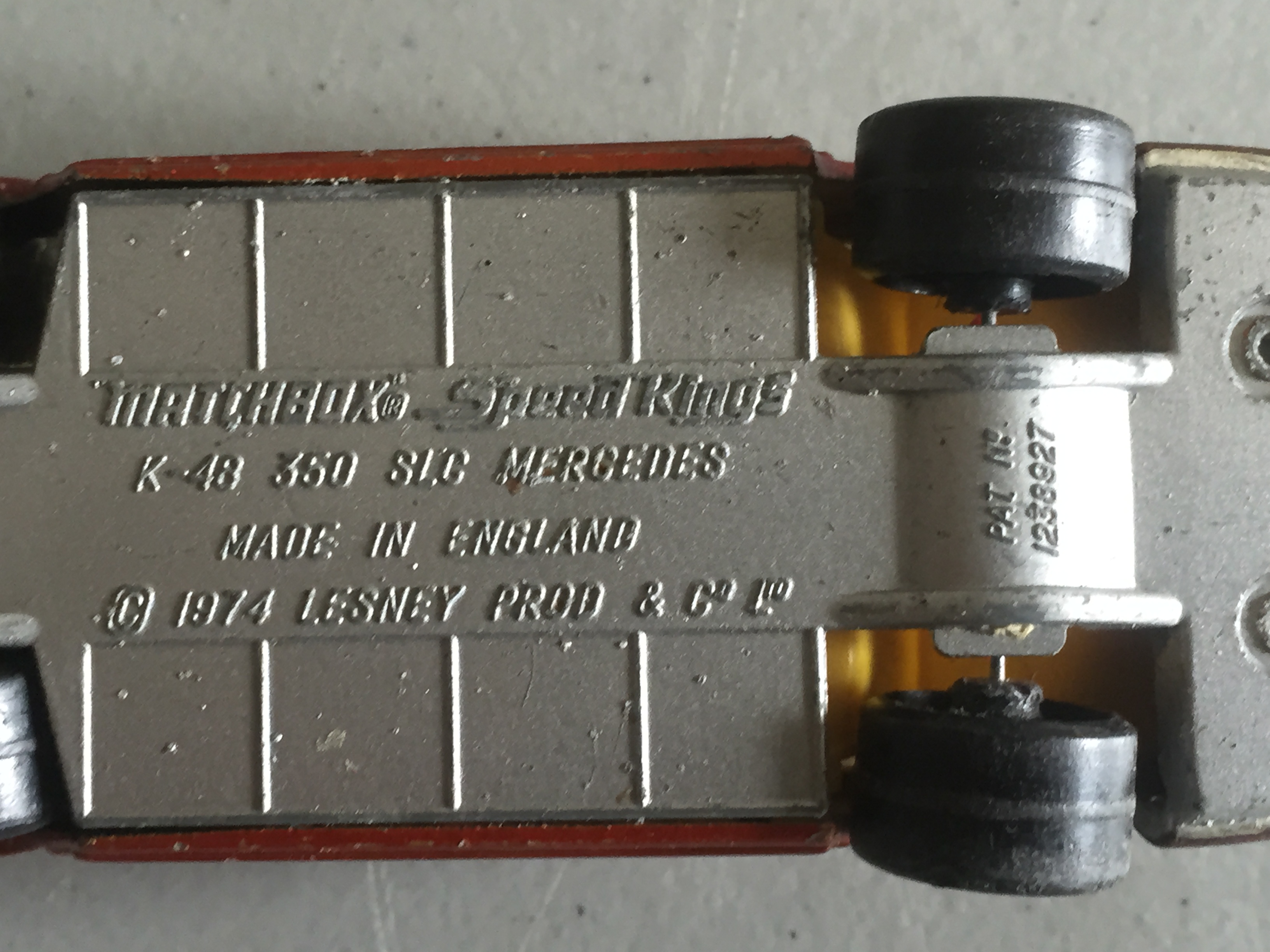 IMG_8513.JPGIMG_8513.JPG
Share this conversation
Customer reply replied 3 years ago
here is lot #2 these I know are 1/64 scale for sure 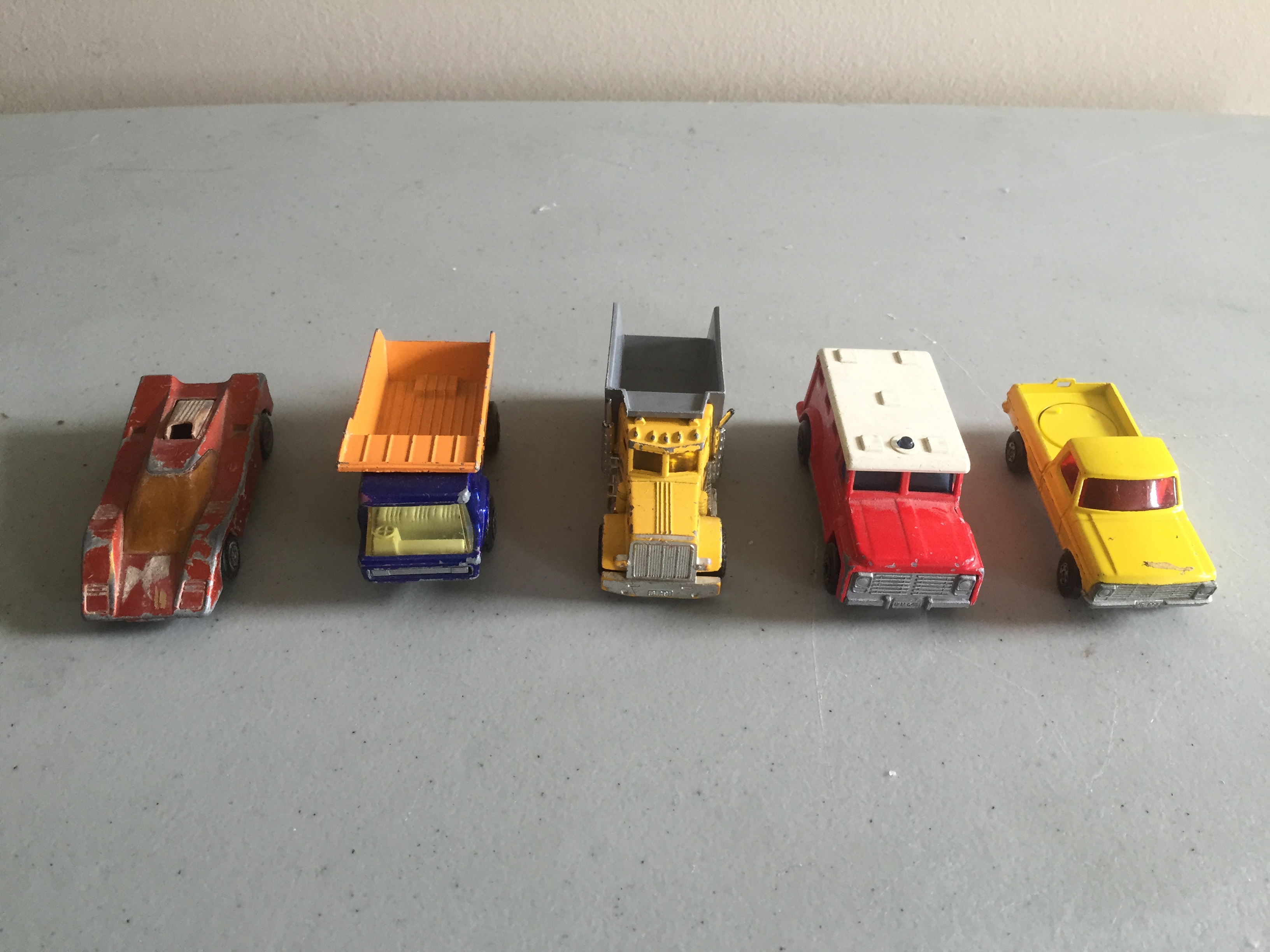 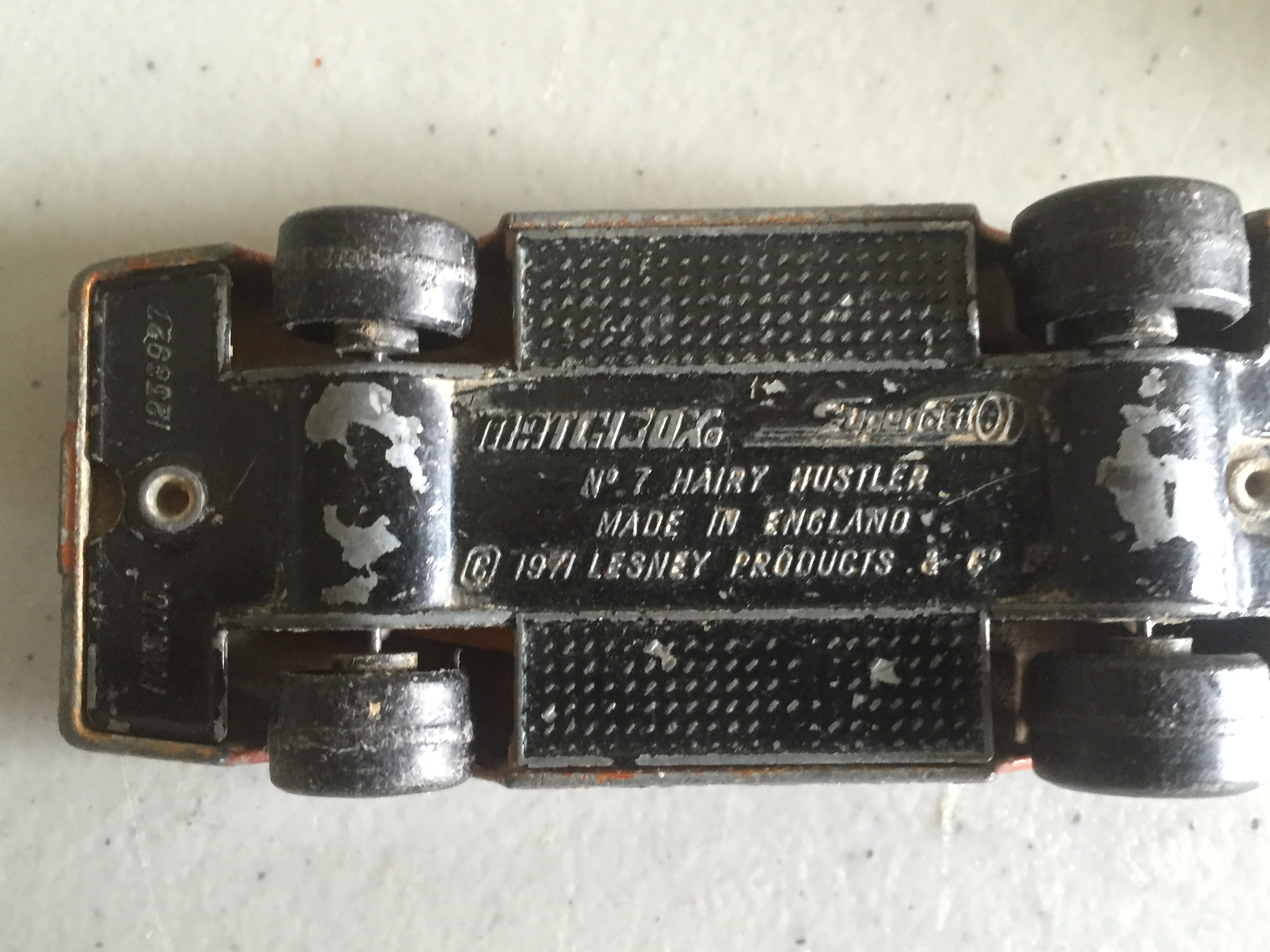 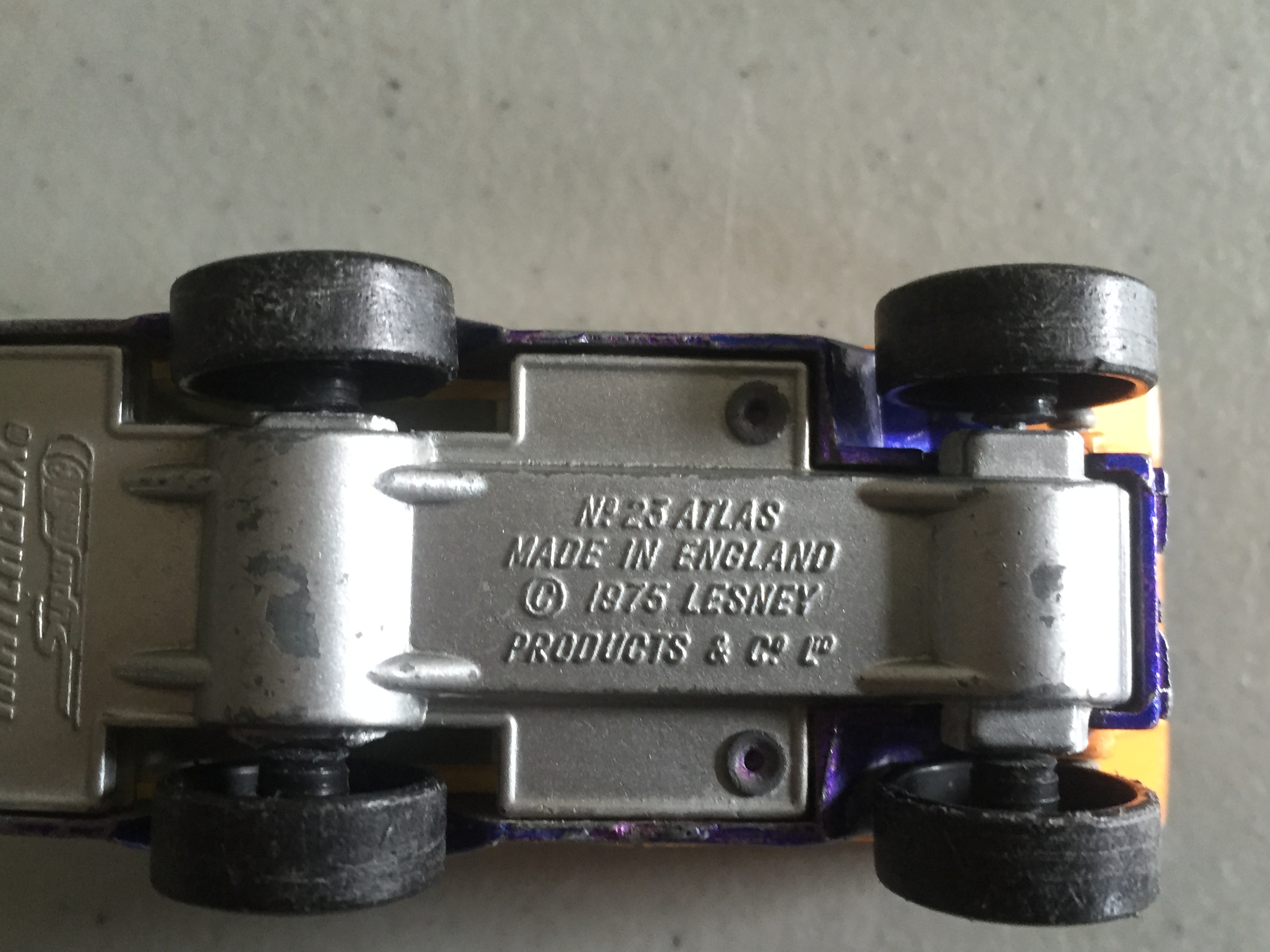 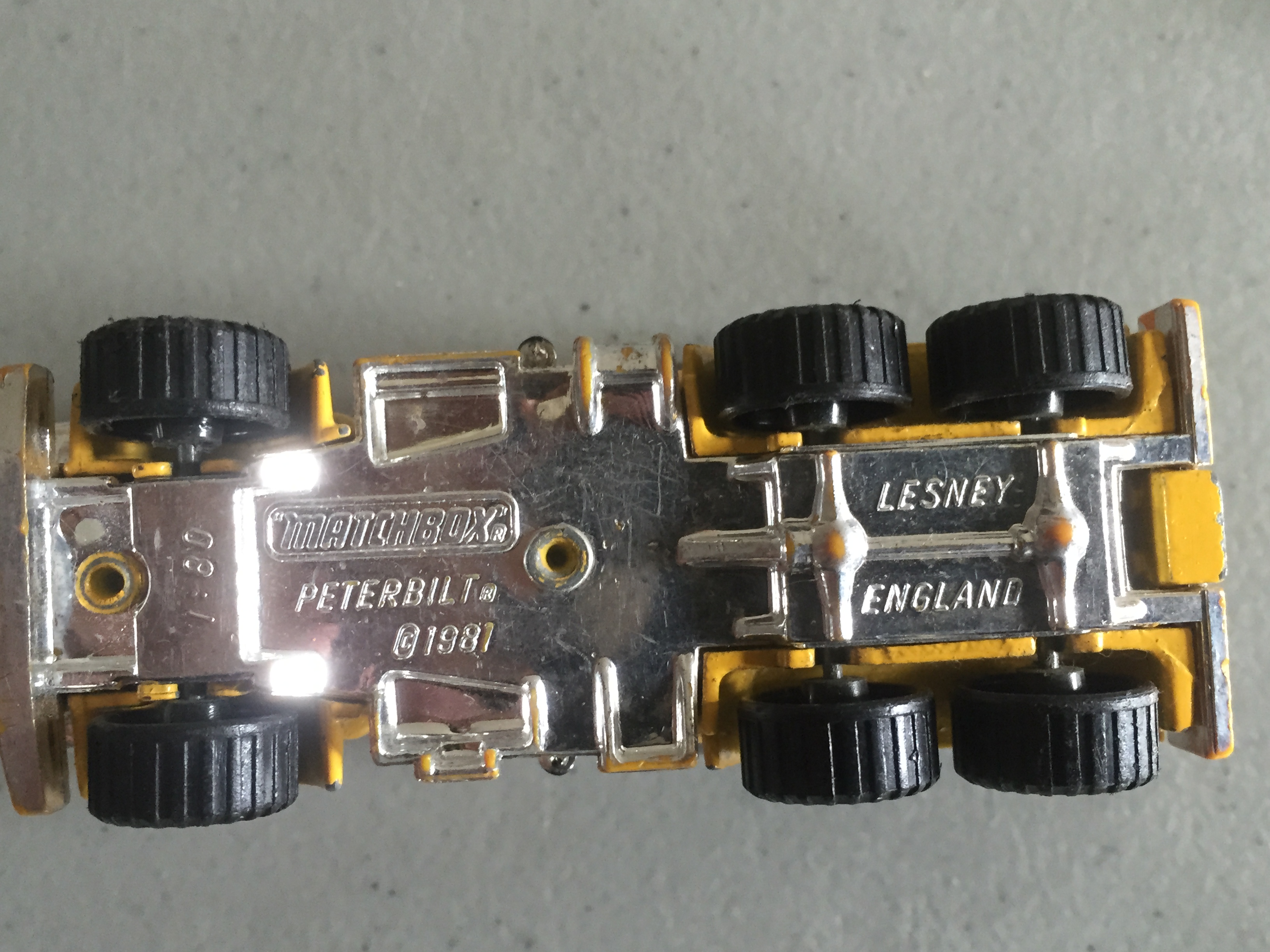 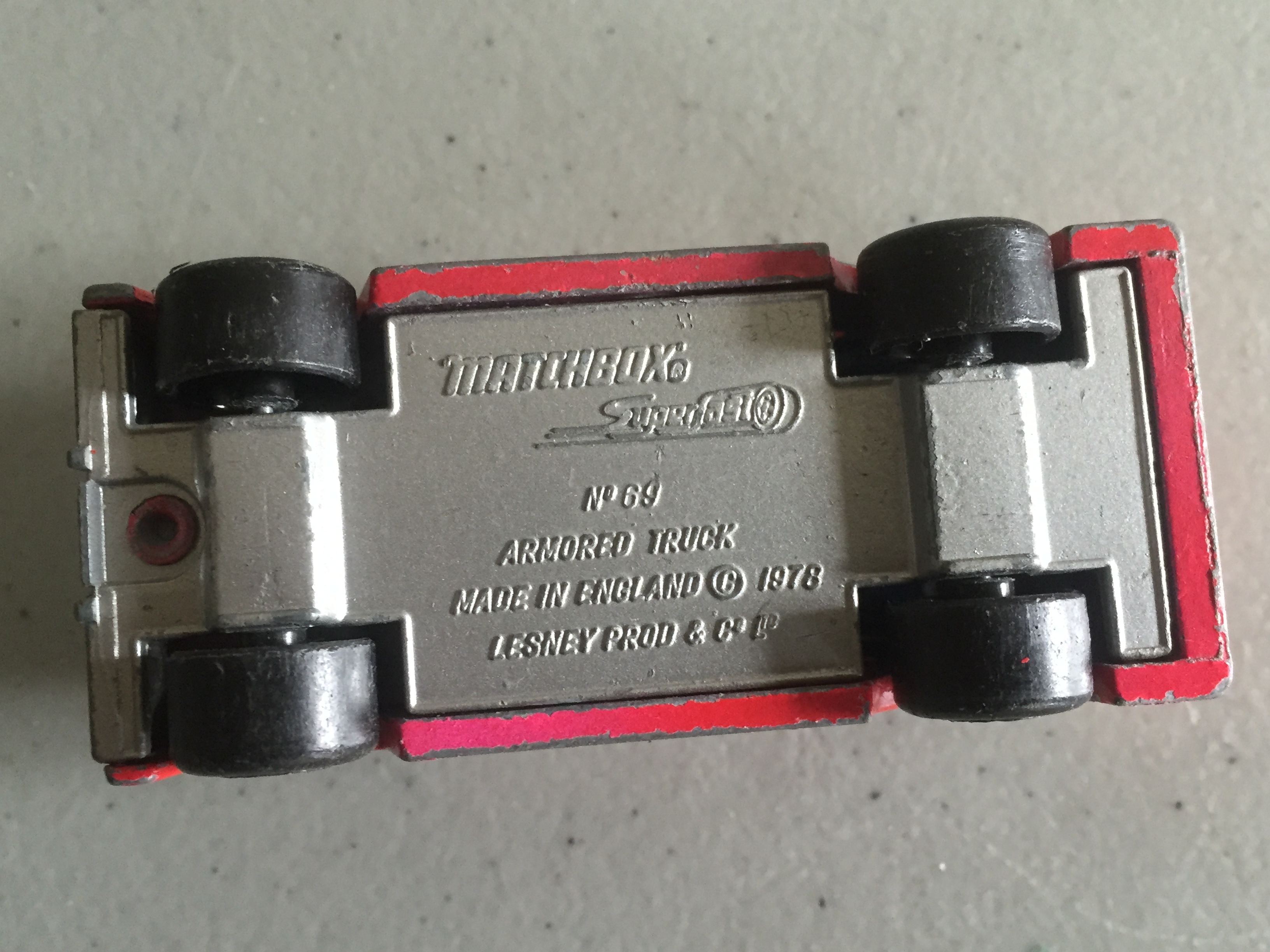 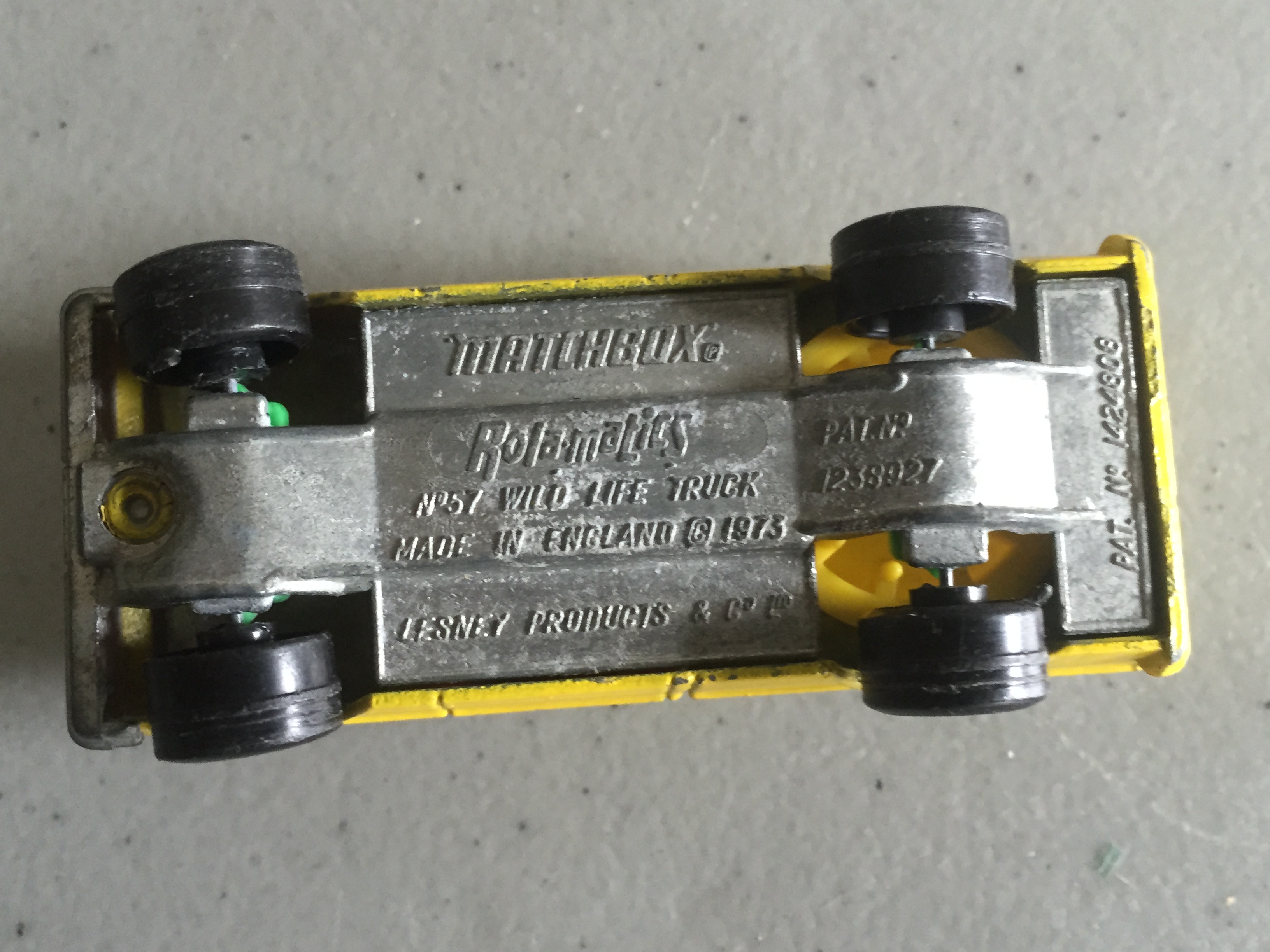 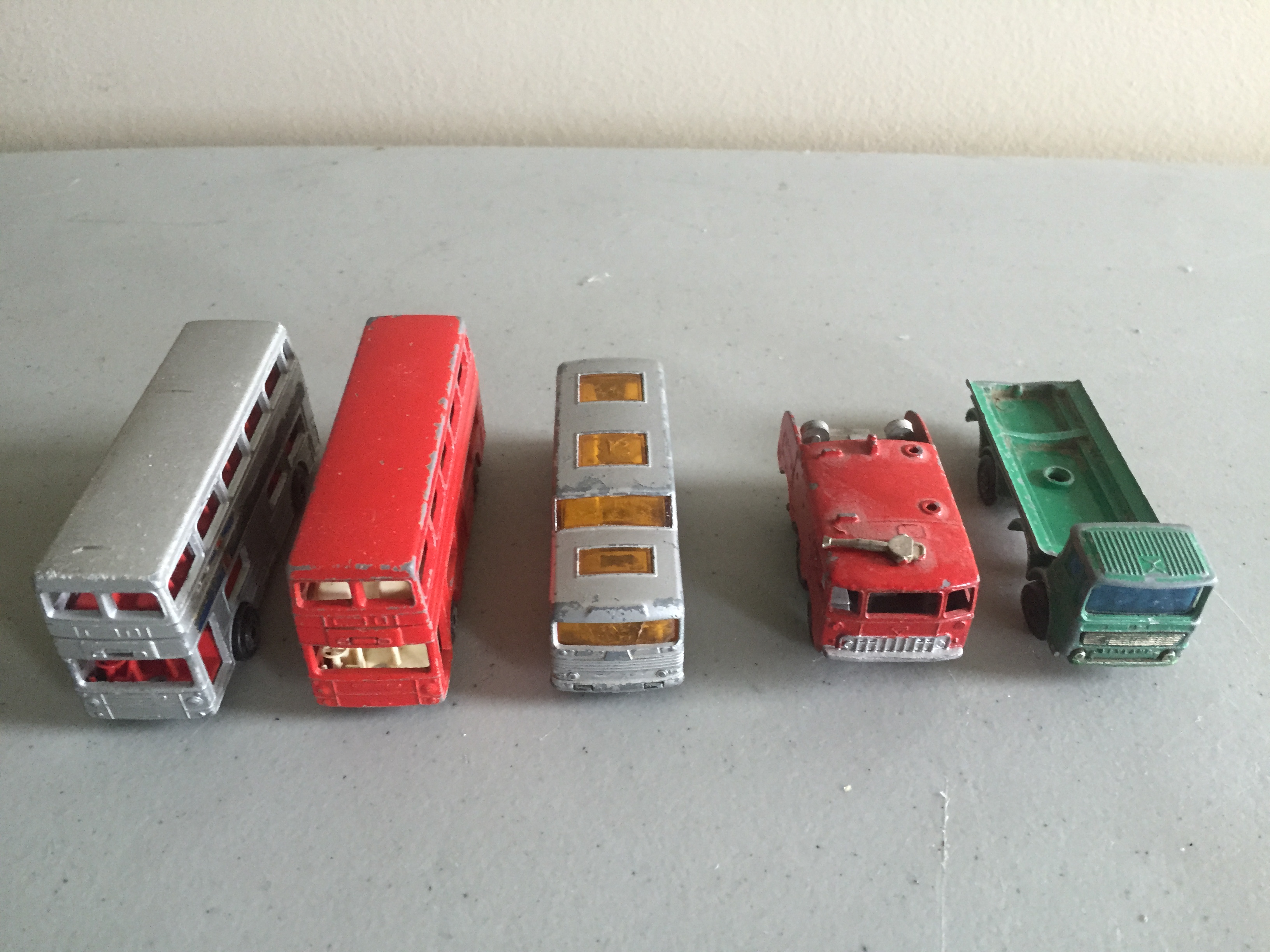 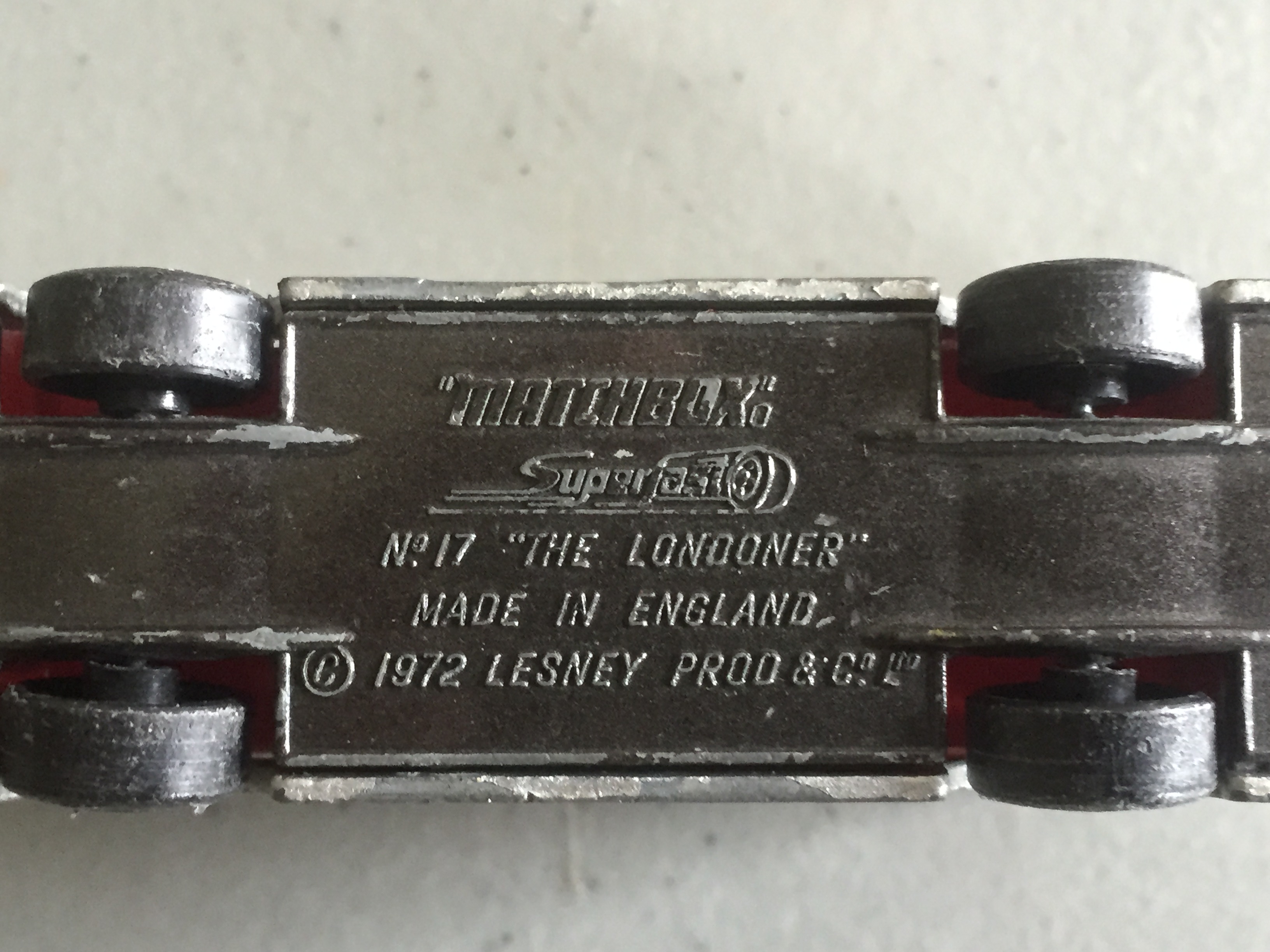 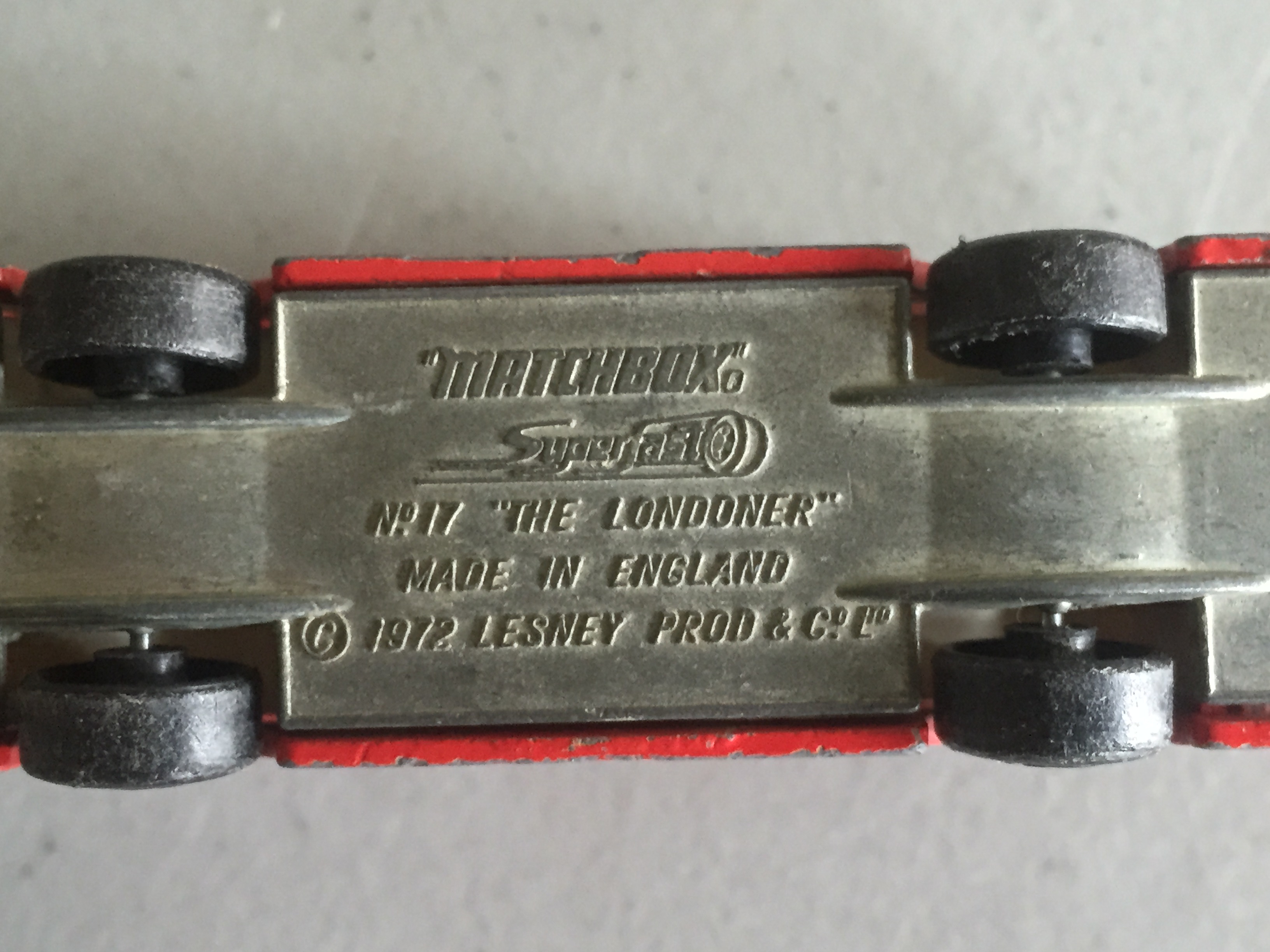 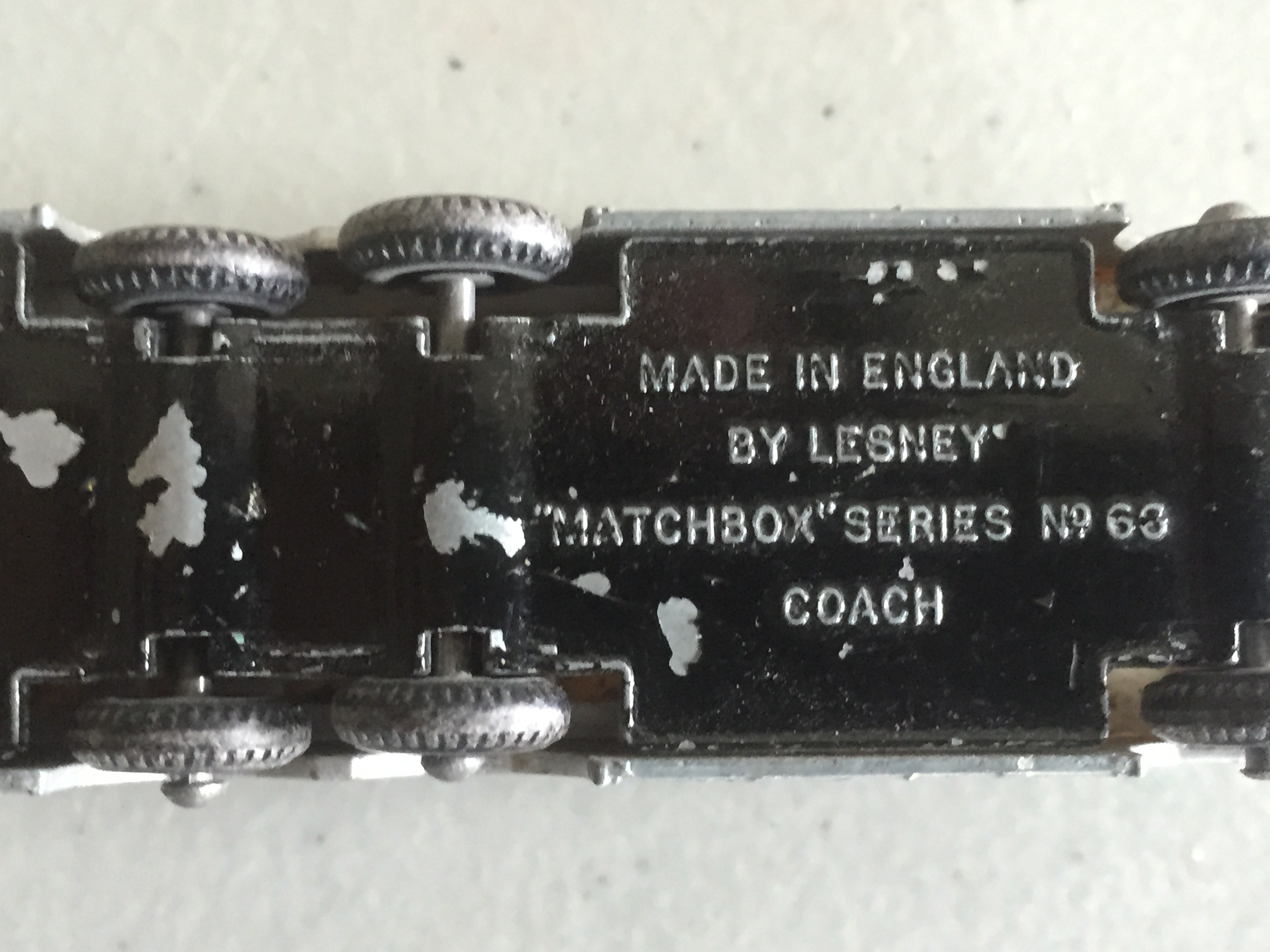 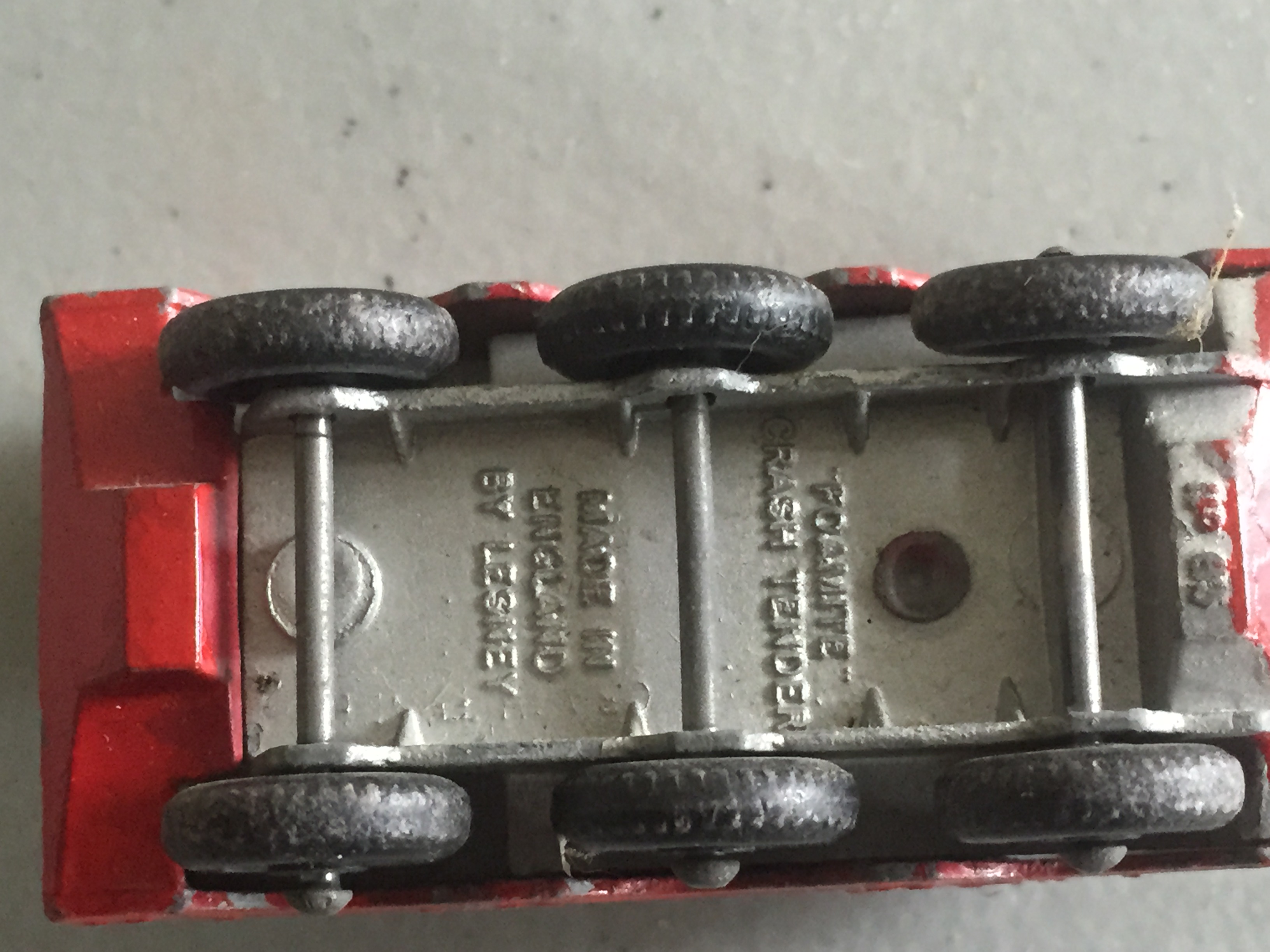 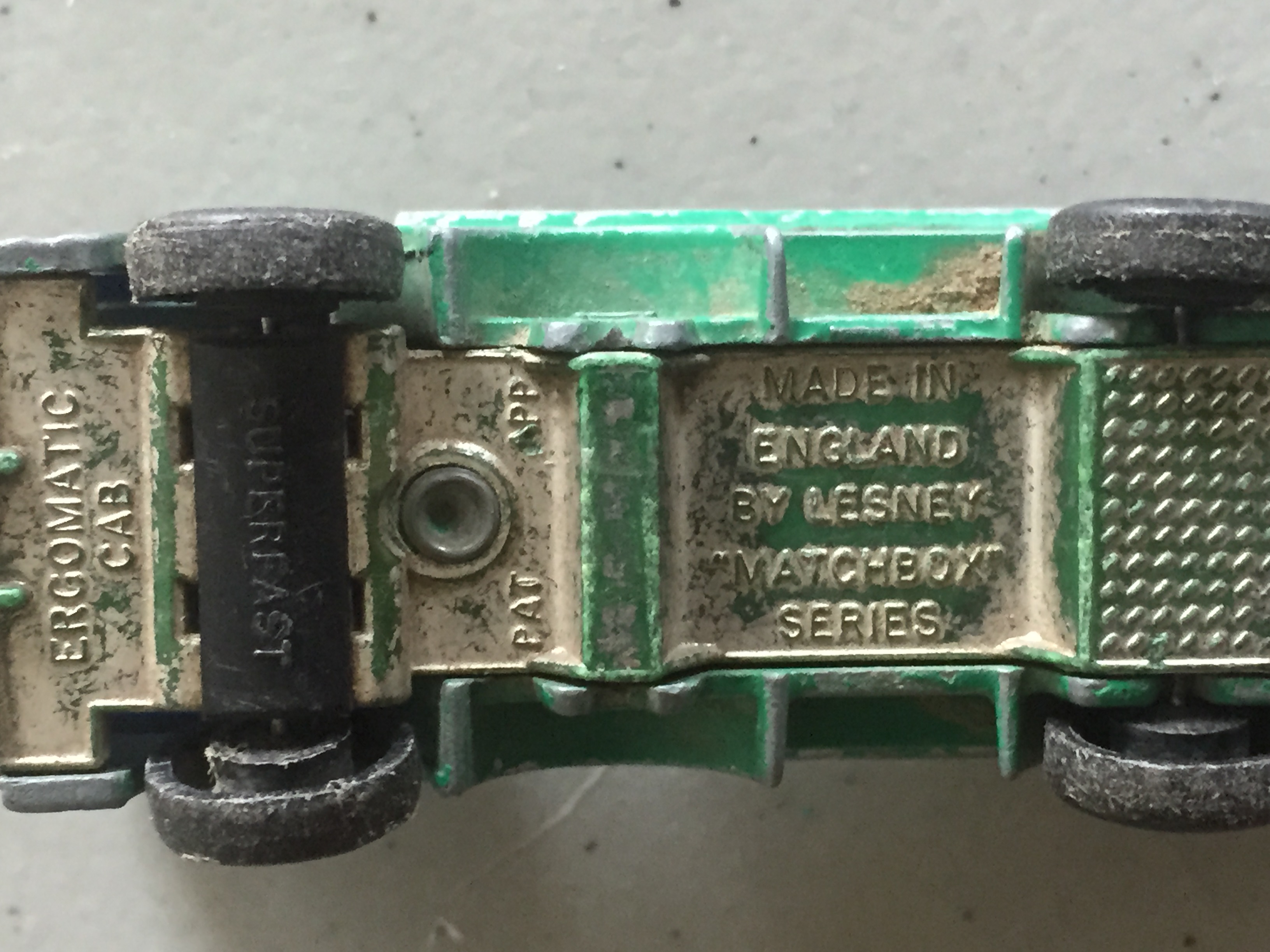 IMG_8525.JPGIMG_8525.JPG
Customer reply replied 3 years ago
I hope I sorted these out for you ok let me know they are all Lesney I have lots more to still show you thank you Diana

Hey! That should be all I need but if by chance I run into a problem, I'll be sure to ask. =)

First group: It looks like most of these are from the King Size series, which is a 1:43 scale. It had sub-brands---super king, speed kings, etc.

1) That's a K-6/11 Pickup Truck. It's part of the Super Kings line, which are a larger scale of 1:43. The original batch was made of 33 different models. It's a motorcycle transport. It looks like it's missing some of the gear from the back, so it'll be worth about $4 to $5.

4) That's a K-4C. It's from the king size series. It's a bigger size. It should be a 1:43 scale. It was first made in 1969. It's called the Leyland Tipper. The original color scheme was red and gray and though yours is a bit "newer" it carries the original color scheme. Many others from that time had switched it up to different colors. This model was replaced in 1974 with the Big Tipper. It's worth about $10 to $12

2) That's the no. 7 Hairy Hustler. You have the red/orange or bronze color with amber windows. Your missing the decal and it's bordering on poor to fair. It'll be worth about $2 to $3.

2) That's the original red version of the No. 17 Londoner. It's a bit more common that the silver one, but it does have the Londoner mark on the bottom. Some later versions didn't carry that mark. It's in decent shape. It'll be worth about $3 to $4.

3) That's a greyhound coach bus. It should be No. 66. It's part of the Superfast series. It has the sort of split level roof style. It's in fair to good shape. It'll be worth about $6 to $8.

Let me know if you have any questions.

If you would like to use me on any further questions. Requesting me expires in just a short time. If you put my name (DianaF) in the question, that will make sure it gets to me.
.
I look forward to working with you again.

Have a good night!

Verified
Diana F. and 87 other Antiques Specialists are ready to help you
Ask your own question now
Customer reply replied 3 years ago
Whew is right! Lol wow I only have a whole box full of these I am beginning to regret buying these lol thanks though Diana have a great night

LOL. It's not too bad. I'm sure you'll have a ton of fun listing them. lol Just know the better the condition, the higher the price. Generally the older the better. There are always exceptions, but for the most part, any that are really missing paint or dented up will probably be worth less than $5. If you think about it..in their heyday, matchbox was producing ..wow about 50 million cars per year. They sold a ton. So, it's great to find those that are in good shape because kids tore them up and collectors will pay higher for those.

Have a good night!

Customer reply replied 3 years ago
Hi Diana I hope you dong mind me asking you this quick question I am going to open a new question for ya tomorrow but does this sewing machine look like a singer 222 to you? lol its the only picture I have of it from an auction you can see the badges there that there is a model number there correct me if I am wrong that the only 222 had the model written under the badge? thank you:) 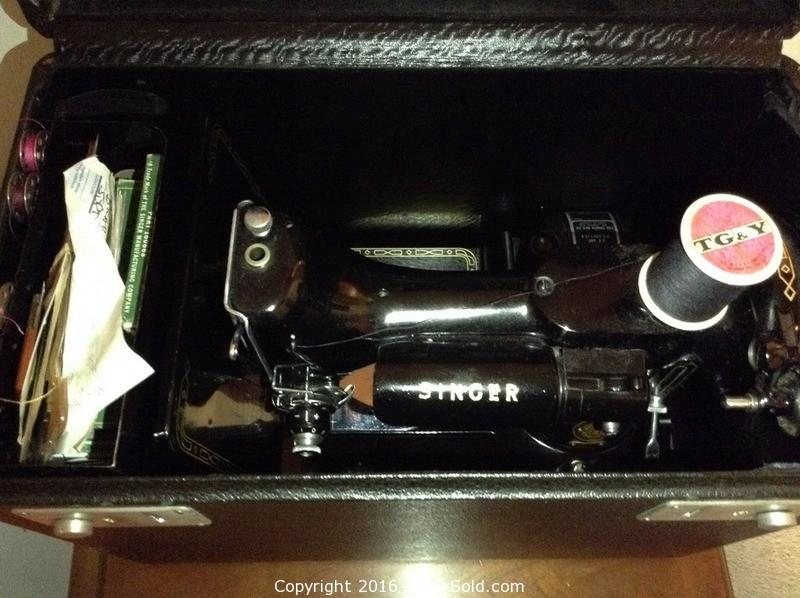 There were a few of them that had the numbers under the badges. 221's were often labeled too. Judging by what I can see...that's probably a 221 or 222. Looks like it's pretty good shape too.

I think I see a second lever in that shot. It looks there are two sliver like knobs above the badge, which should be 2 levers. That would make it most likely a 222.

Customer reply replied 3 years ago
to hard to tell I think its a 221 I have a similar one that you appraised for me from what I can tell I have to go with that I know aint worth more that $500 is a big price tag for a blind risk lol thanks Diana I shall not bug you until tomorrow lol :)

You're right about that. You'll do ok or just barely break even. I'd probably do the same thing. I can't believe they don't have it listed or don't have a better photo. =( And you're not bugging me. =)

Customer reply replied 3 years ago
lol ya I know pretty weird they did that. Have a great day Diana:)

There's always one that falls down on the photo job. =) Have a good one too!

August Abbott
562 satisfied customers
Show more
Disclaimer: Information in questions answers, and Show More
Disclaimer: Information in questions, answers, and other posts on this site ("Posts") comes from individual users, not JustAnswer; JustAnswer is not responsible for Posts. Posts are for general information, are not intended to substitute for informed professional advice (medical, legal, veterinary, financial, etc.), or to establish a professional-client relationship. The site and services are provided "as is" with no warranty or representations by JustAnswer regarding the qualifications of Experts. To see what credentials have been verified by a third-party service, please click on the "Verified" symbol in some Experts' profiles. JustAnswer is not intended or designed for EMERGENCY questions which should be directed immediately by telephone or in-person to qualified professionals.