Diana F.) Diana how are you? I am good getting blasted by a… 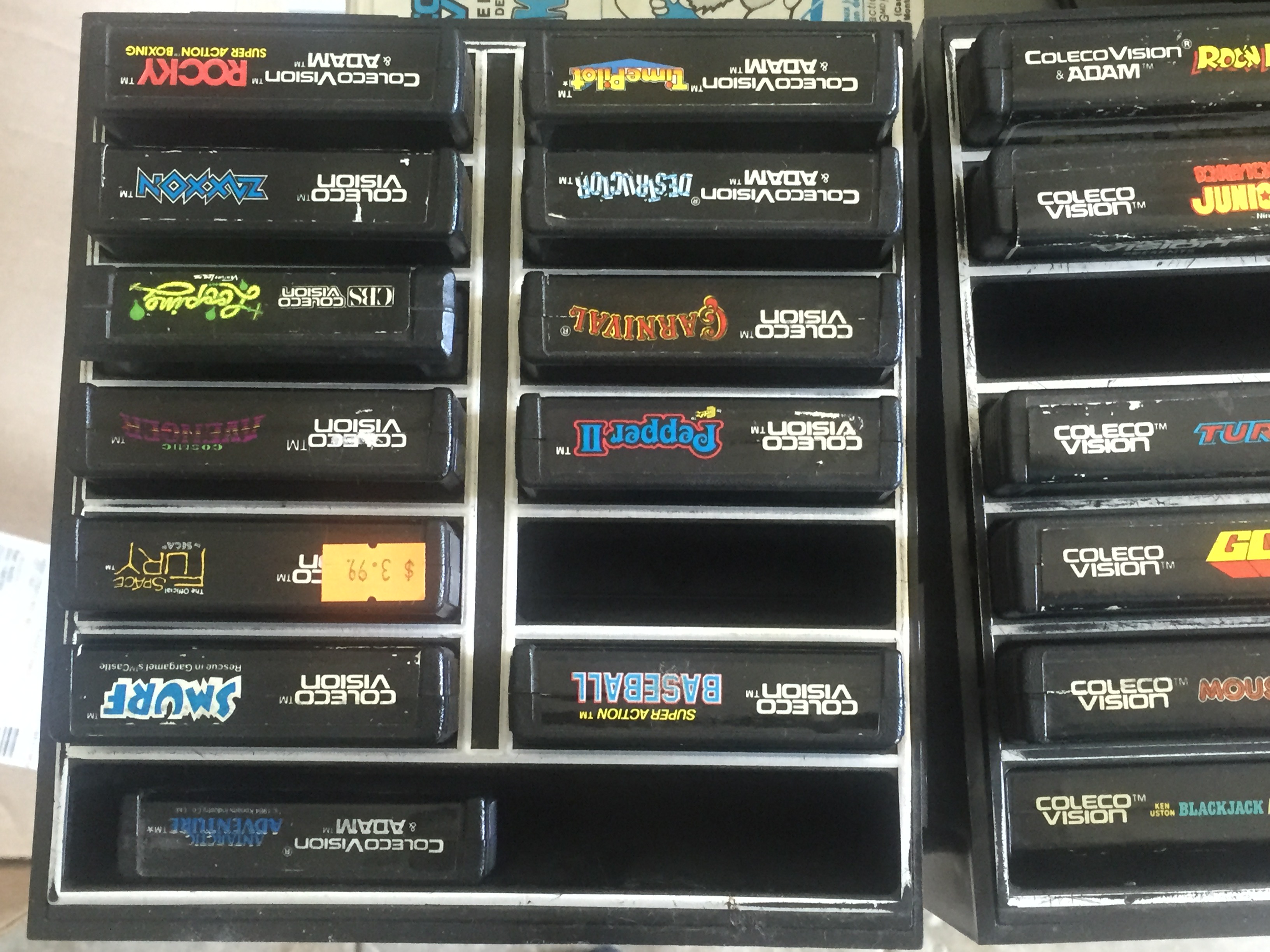 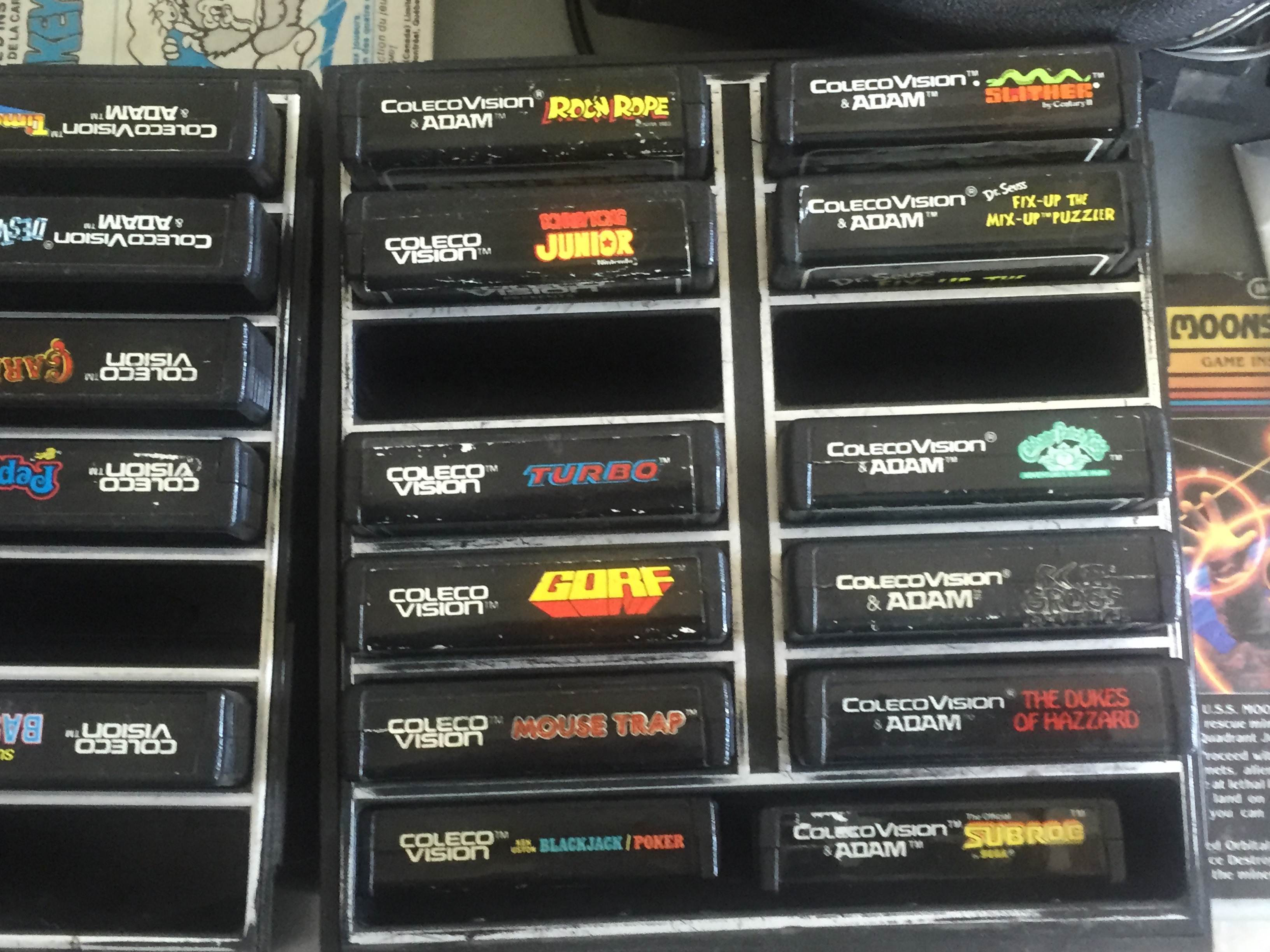 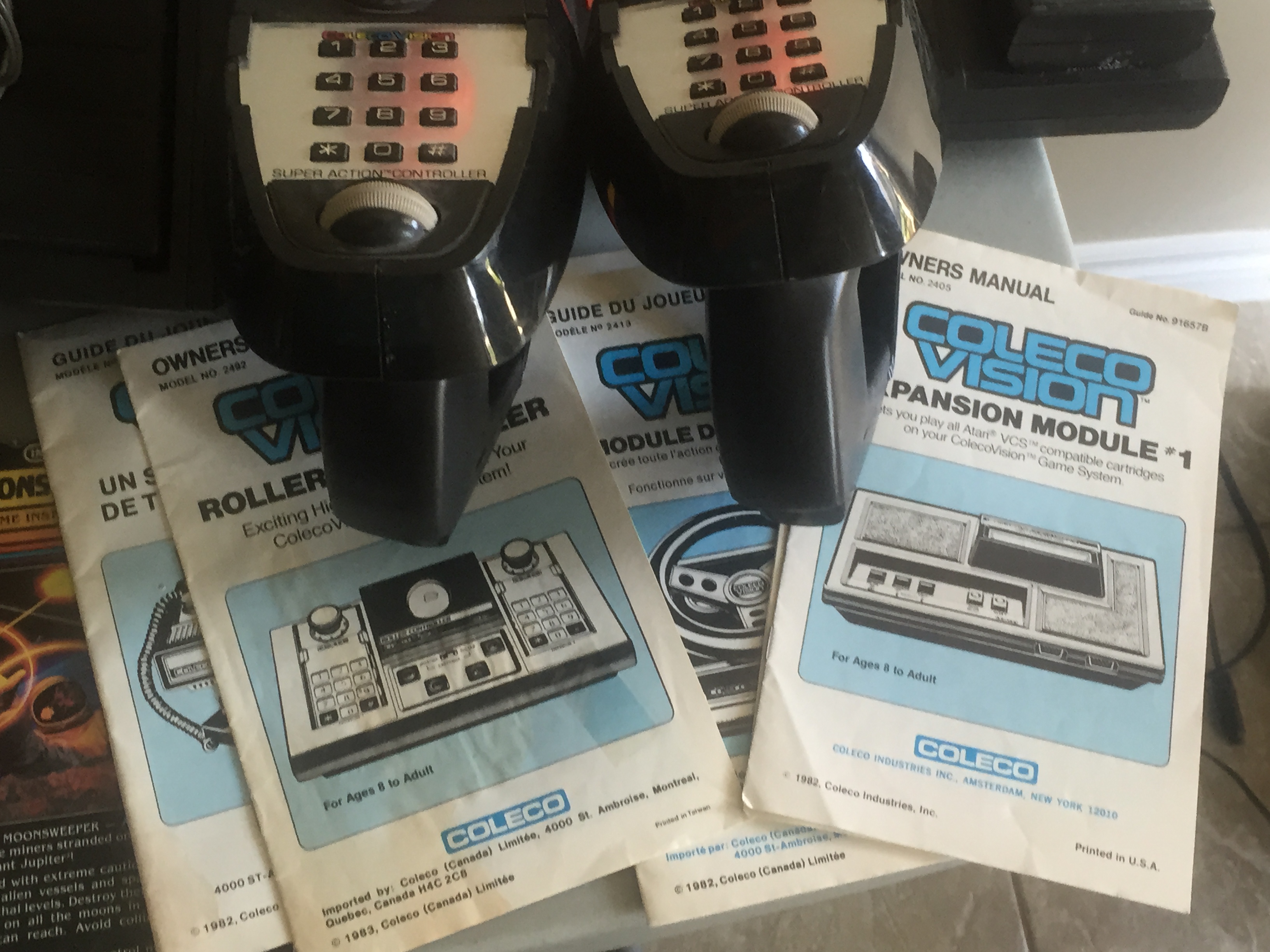 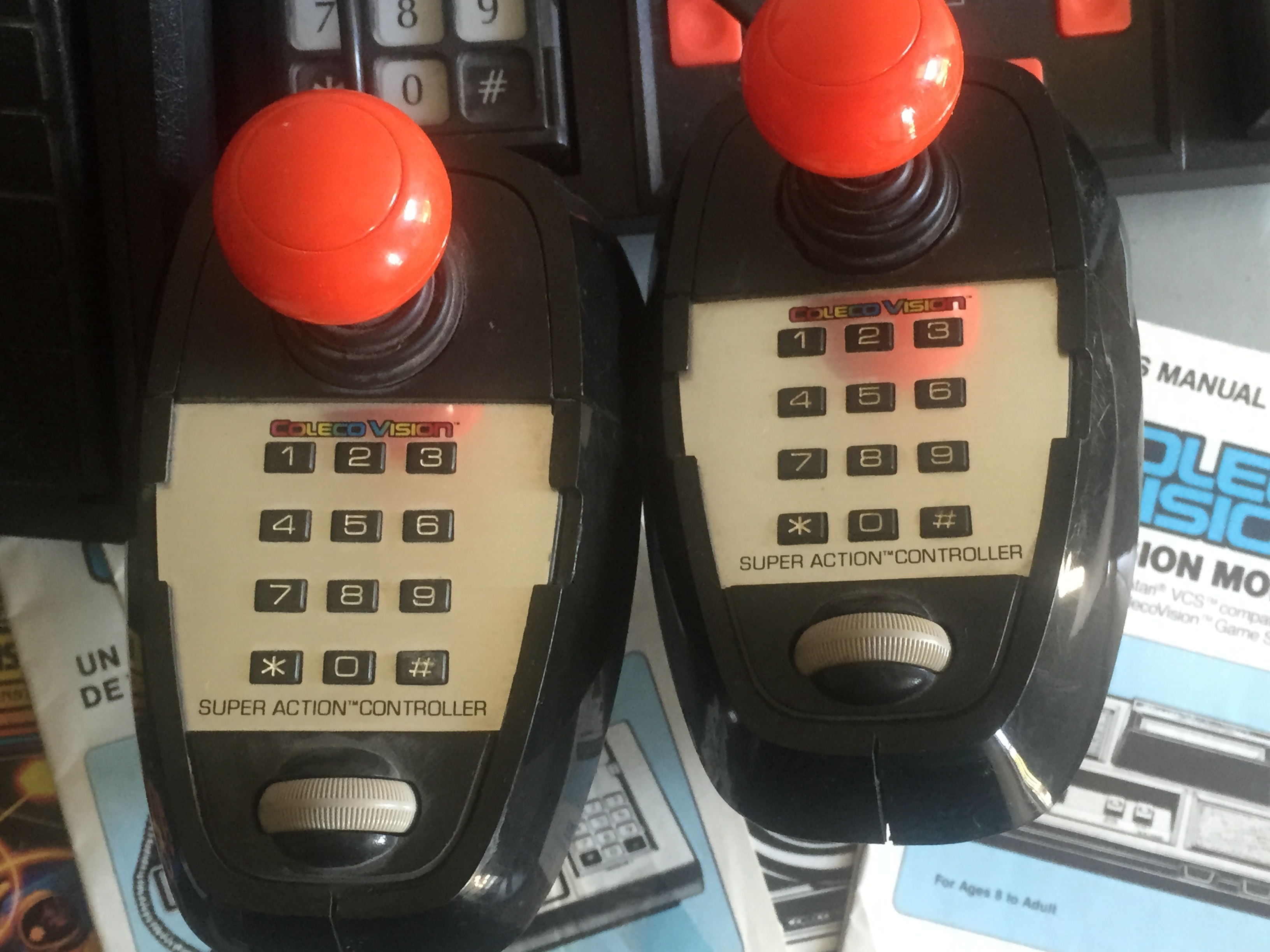 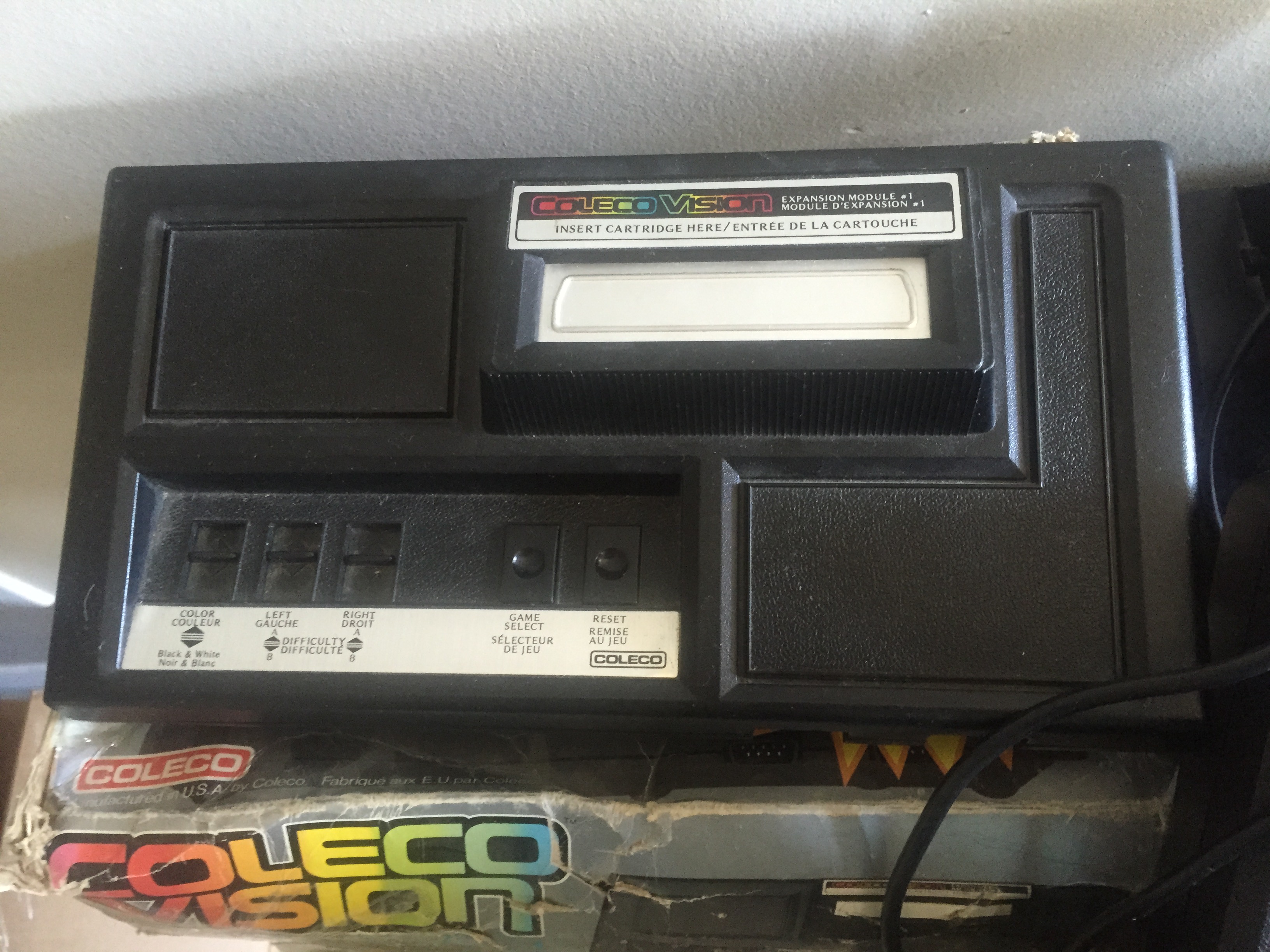 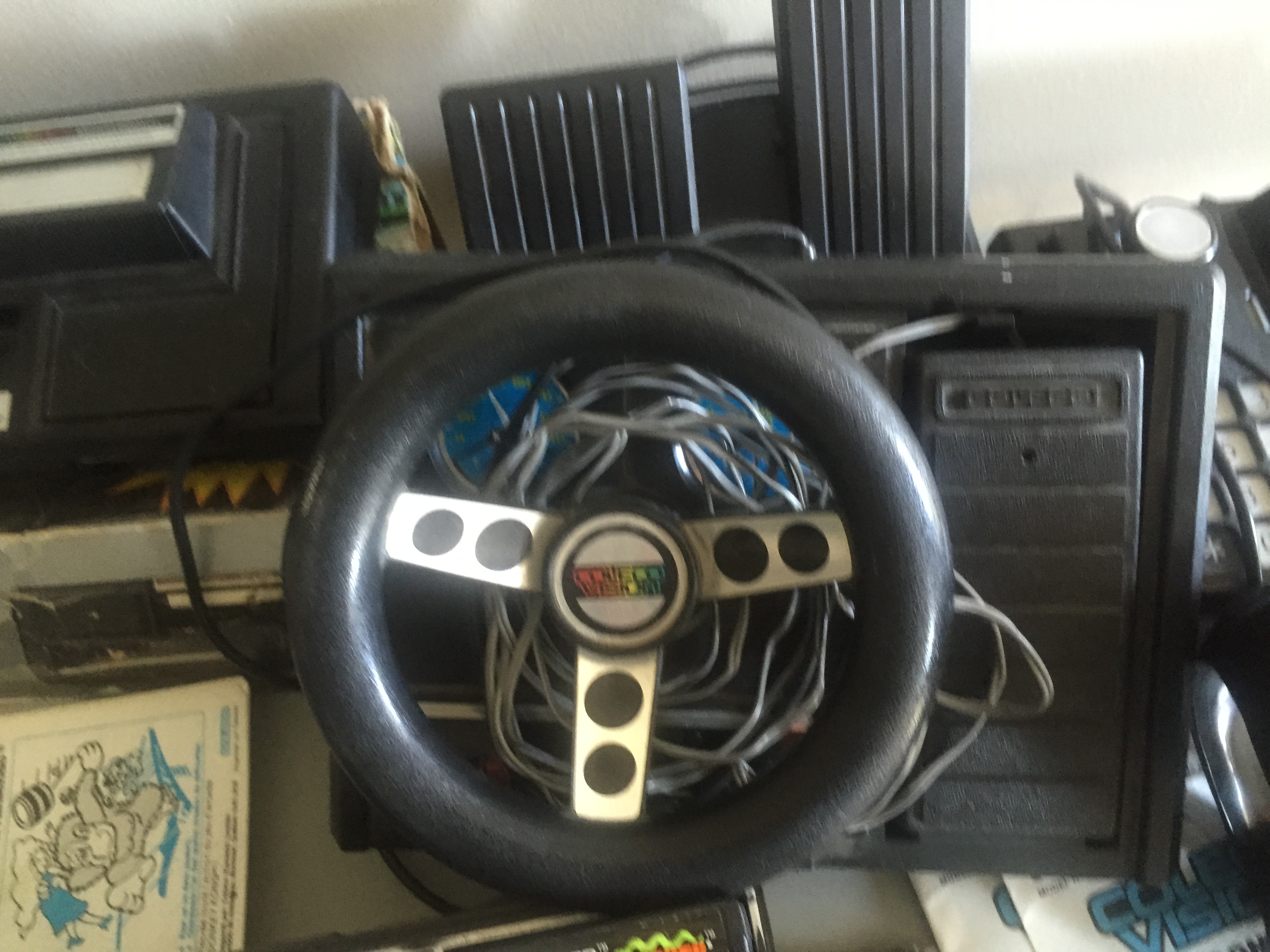 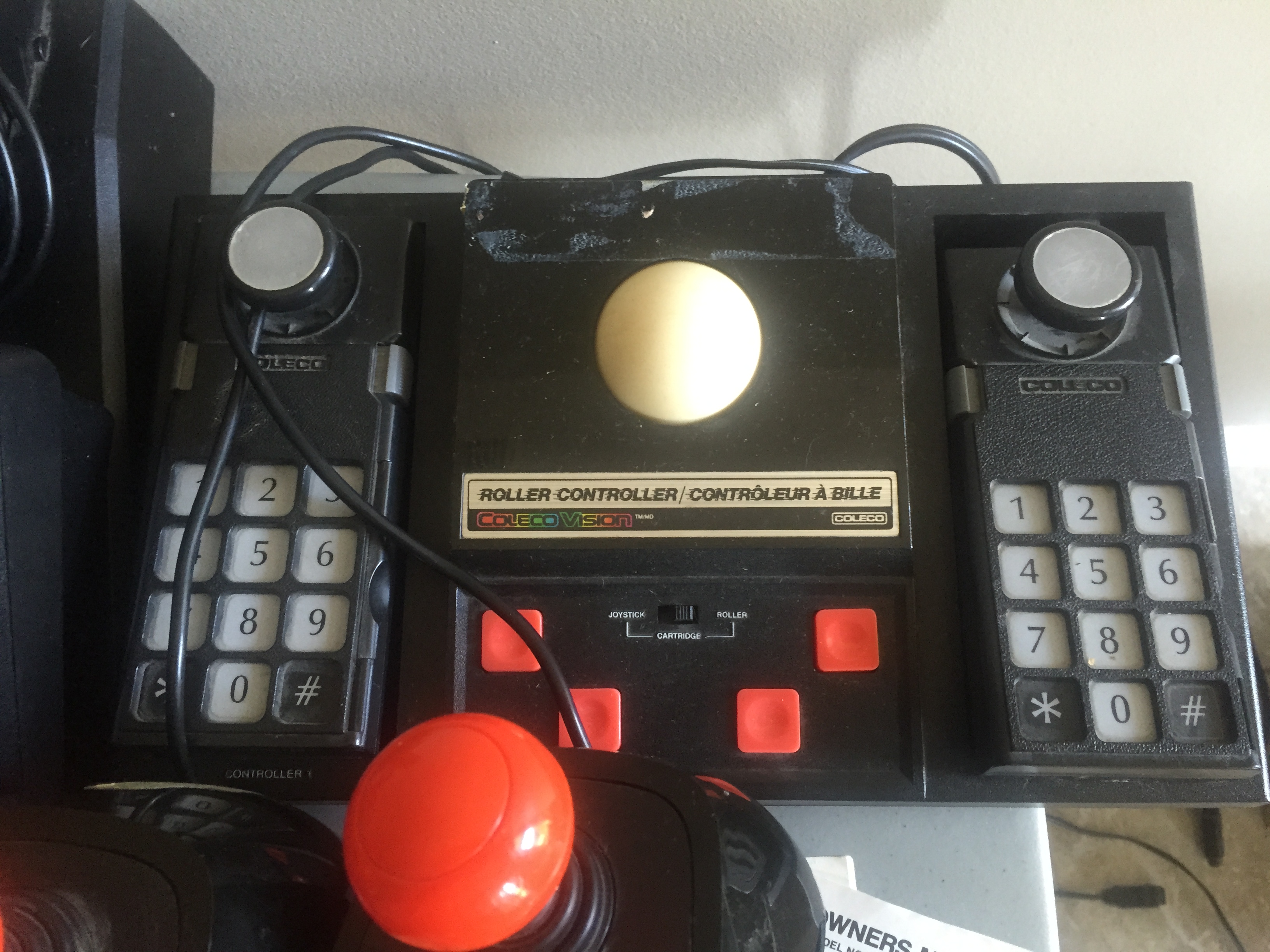 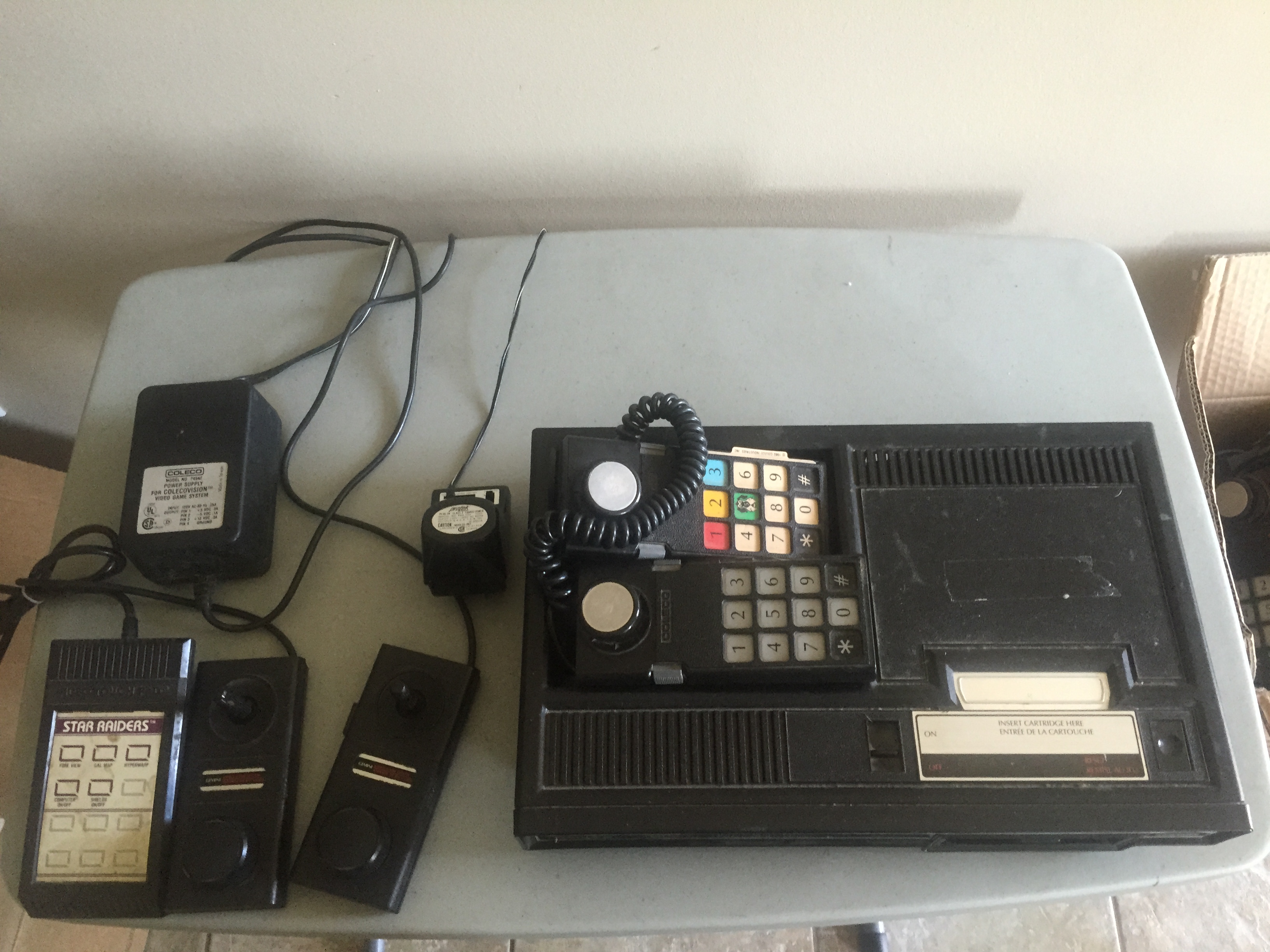 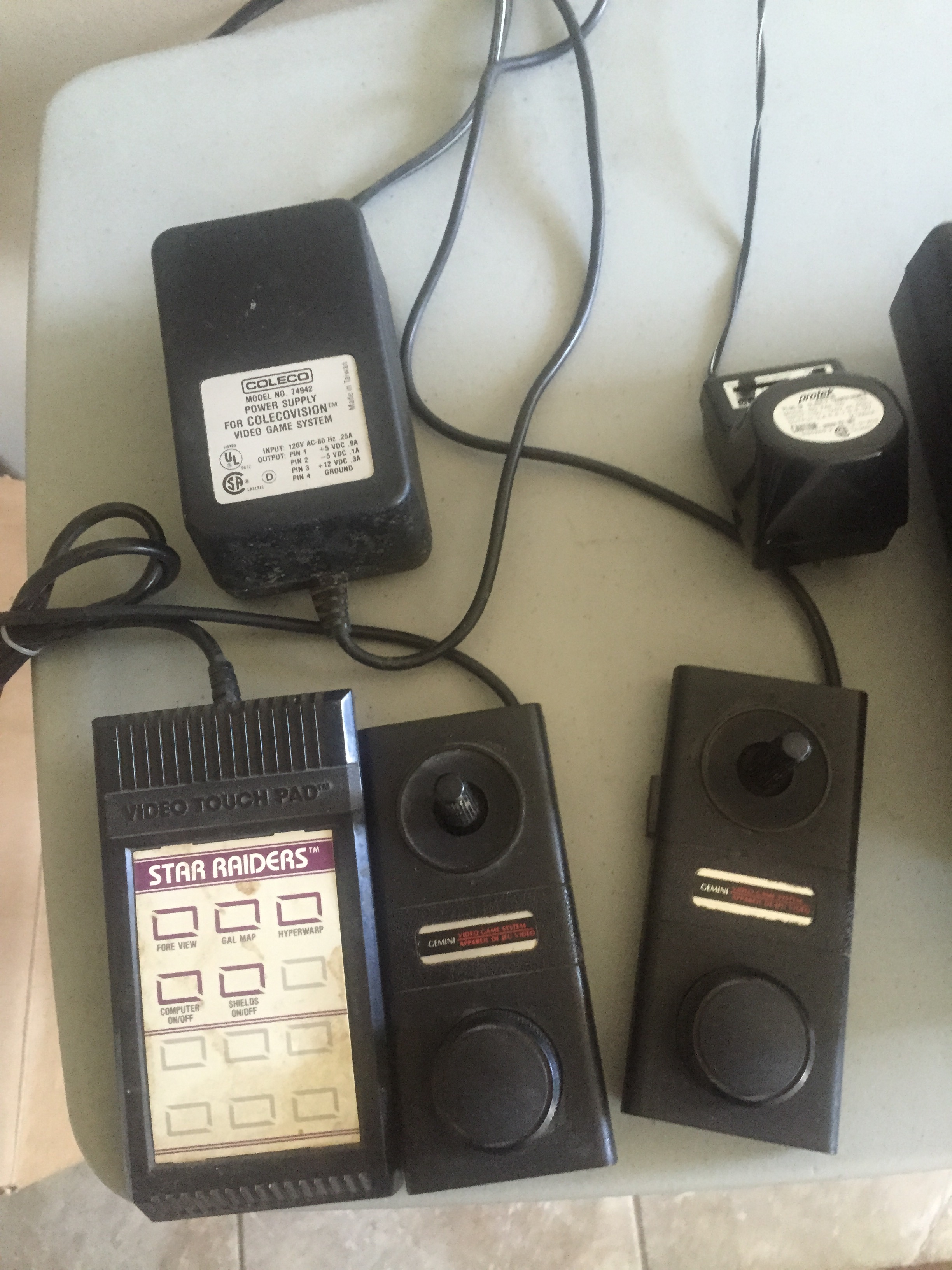 IMG_7817.JPGIMG_7817.JPG
Share this conversation
Customer reply replied 4 years ago
I kinow you appraised this for me a long time ago I don't remember how much its worth I finally found a cheap pedal for it now I can finally sell it. It actually runs pretty good 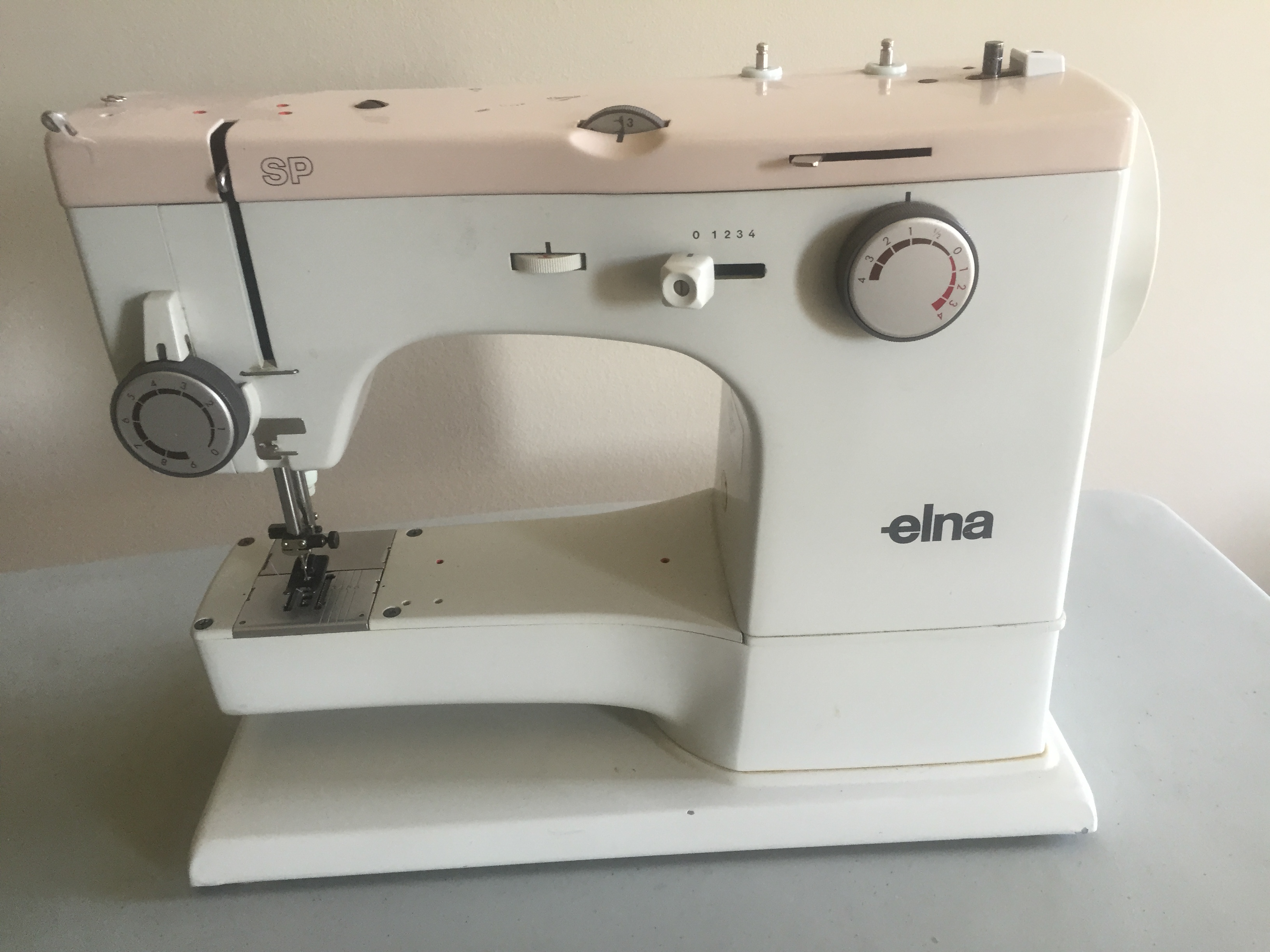 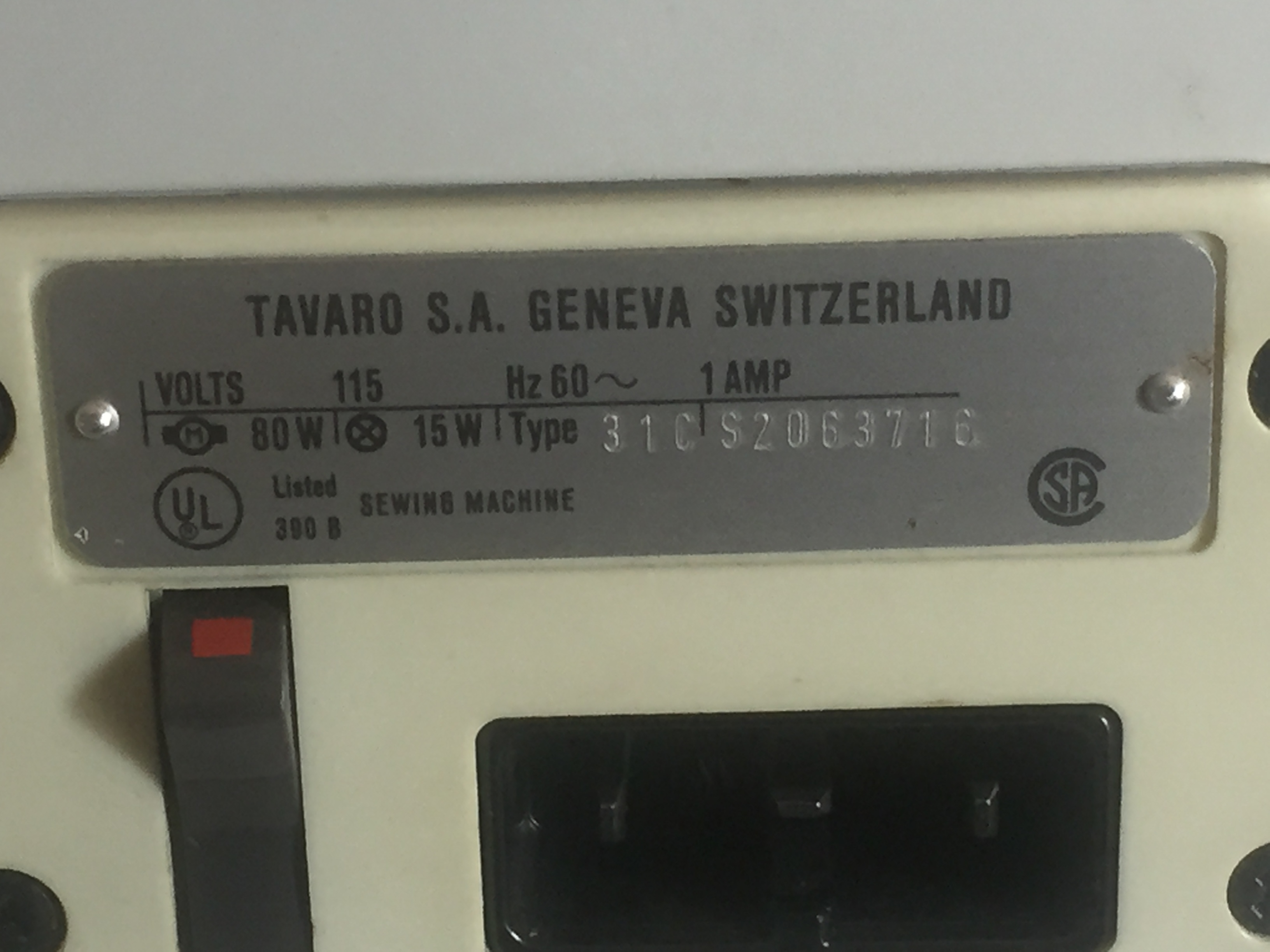 I'll start on these and let you know if I run into any problems.

Oh that's my temp right now and as I'm starting to type this, it's about 9pm here. Though with our heat index it feels like about 36. I'd do alright in your area though I'm not sure I could handle the winters. =)

Out of curiosity, before I send my answer---do you haven any of the game boxes or is it just the cartridges?

That's okay. At least you have the manuals.

Poor thing. She's probably like the rest of us and just wants to lay around when it's hot.

That game system makes me wish I had an old atari. It's an old Colecovision. It was made by Coleco from 1982 to 1985. It was their 2nd gen game system. It does compare to an old atari but in a way the old colecovisions were almost likely modifiable arcade systems. They were heavily expandable and you could use conversions to run other game cartridges. Not such a big deal these days, but back then it was. Most of their games were old cross overs from nintendo and sega too.

From what I see, you have the regular game system with the numberpad controllers. You also have Module #1, which allows you to play Atari 2600 games. You have Module #2, which is the racing wheel. And you also have the Super Action Controller set which is a joystick like controller with rollerballs. Those are very good for boxing and action like games. The Rocky game would be good for it. You've also got the touch pad that works with the Star Raiders game. I think that's literally the only game it works with. =)

You've also got some boxes and manuals. It looks like around 25 games. That's a pretty decent collection. I went through all the games just be sure, but overall, there's not any super expensive games, but there's not any junkers either.

Condition isn't bad. It was definitely used, but doesn't look too abused. With that setup and the wheel which is a bit less common, you should be looking at about $300 to $350.

I think remember that one... it's a Elna pink top. Actually, it's an Elna Special. I might have told you that some will list them as a Type 31C because of the back plate, but SP or Special is more accurate. It's a free arm sewing machine. It's pretty decent, semi-powerful home machine with built in multistiches. It can do both decorative and utility stitches, which means straight stitches, zig zags, blind stitches, etc.

It looks good.No damage, no wear and the color still looks good. They're not super expensive, but with a pedal and working, it should be worth about $150 to $200.

I think that gets it but let me know if you have any questions.

If you would like to use me on any further questions. Requesting me expires in just a short time. If you put my name (DianaF) in the question, that will make sure it gets to me.
.
I look forward to working with you again.

Have a good night and stay out the heat if you can!

Verified
Diana F. and 87 other Antiques Specialists are ready to help you
Ask your own question now
Customer reply replied 4 years ago
My brothers use to have a colleco system I use to have to beg to even get a minute on there to play some donkey kong lol the good old days lol thanks Diana have a great night and weekend!:):)

Aww.. Lucky brothers. The oldest one I had was an original Nintendo. My cousin had the old atari and I think an original Sega. I remember begging for weekends over there so I'd get to play it. lol.

Have a good weekend too!

Diana F.
Antiques Appraiser
Bachelor's Degree
13,060 satisfied customers
Show more
Disclaimer: Information in questions answers, and Show More
Disclaimer: Information in questions, answers, and other posts on this site ("Posts") comes from individual users, not JustAnswer; JustAnswer is not responsible for Posts. Posts are for general information, are not intended to substitute for informed professional advice (medical, legal, veterinary, financial, etc.), or to establish a professional-client relationship. The site and services are provided "as is" with no warranty or representations by JustAnswer regarding the qualifications of Experts. To see what credentials have been verified by a third-party service, please click on the "Verified" symbol in some Experts' profiles. JustAnswer is not intended or designed for EMERGENCY questions which should be directed immediately by telephone or in-person to qualified professionals.