I'd like to know what...
I'd like to know what my 12-piece Berkey & Gay dining room set is worth. There are 8 chairs (6 regular chairs and 2 arm/captain chairs), 1 table (with 3 leaves), 1 buffet/sideboard, 1 hutch, and 1 server (not quite sure I got all the names of the pieces correct). Near the brass tag, the pieces are stamped with "2692". I have pictures of each piece, but am not sure how to get them to you...can I upload them somewhere or email them? Please advise. Thanks!
Show More
Show Less
Ask Your Own Antiques Question 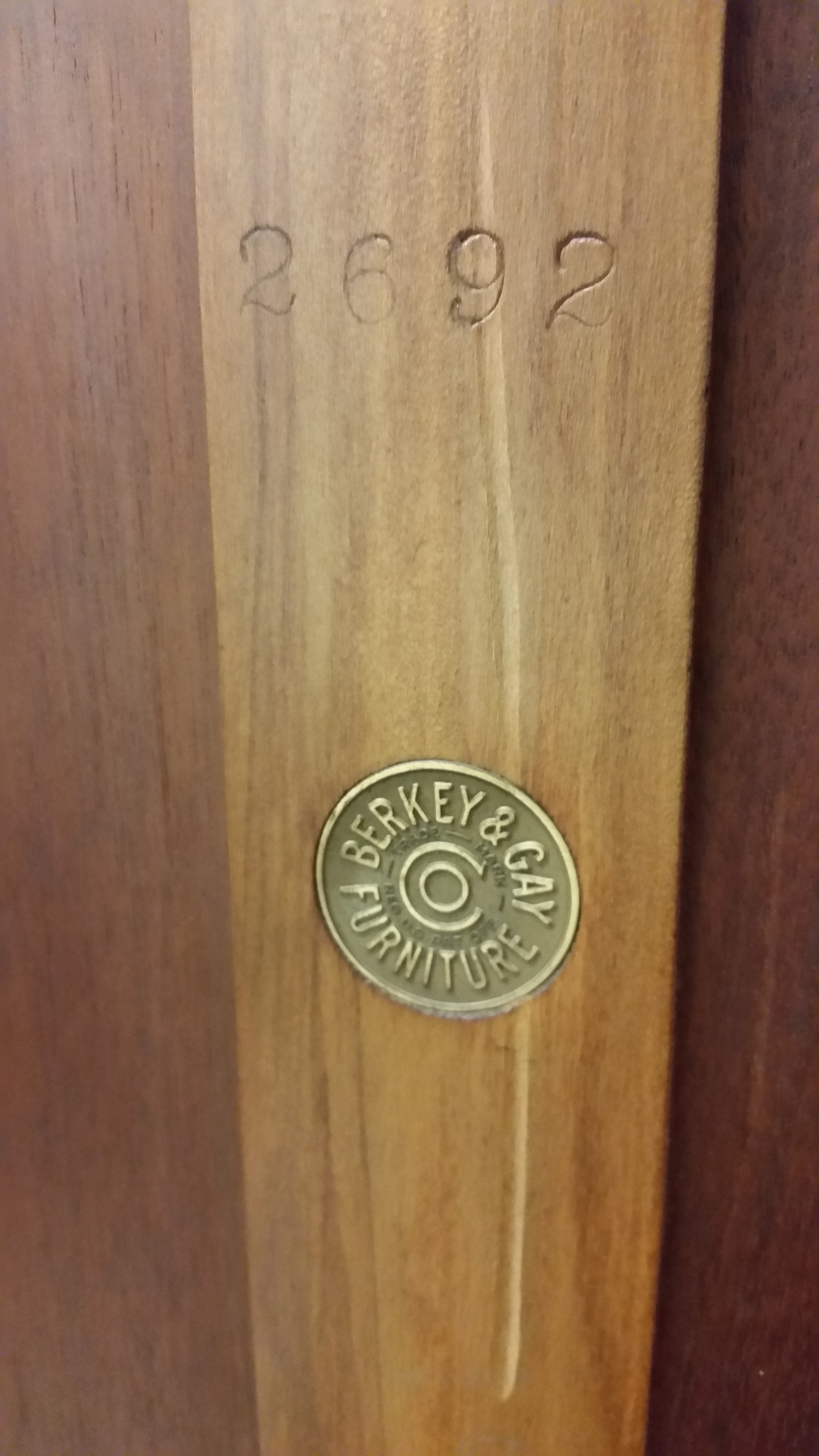 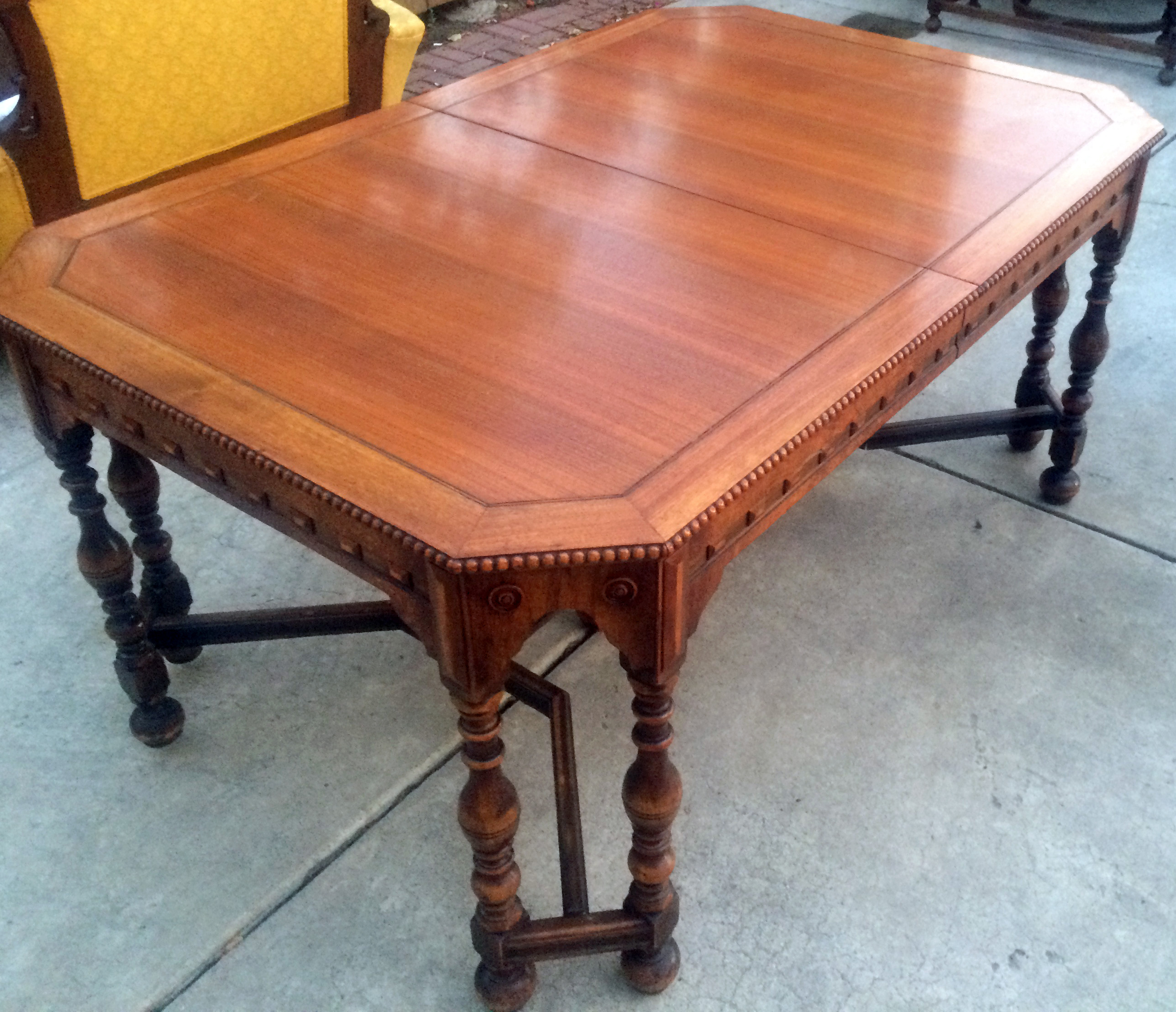 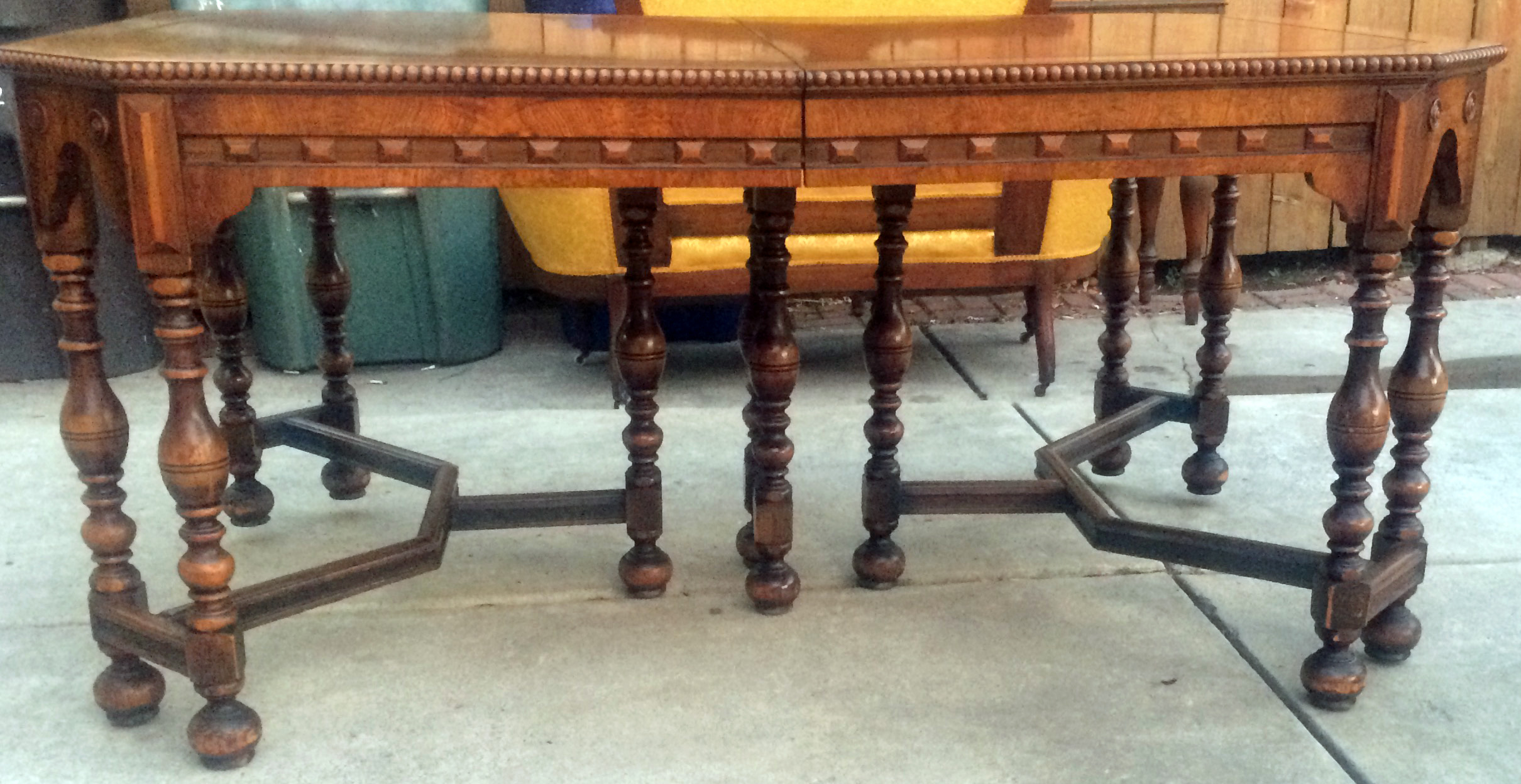 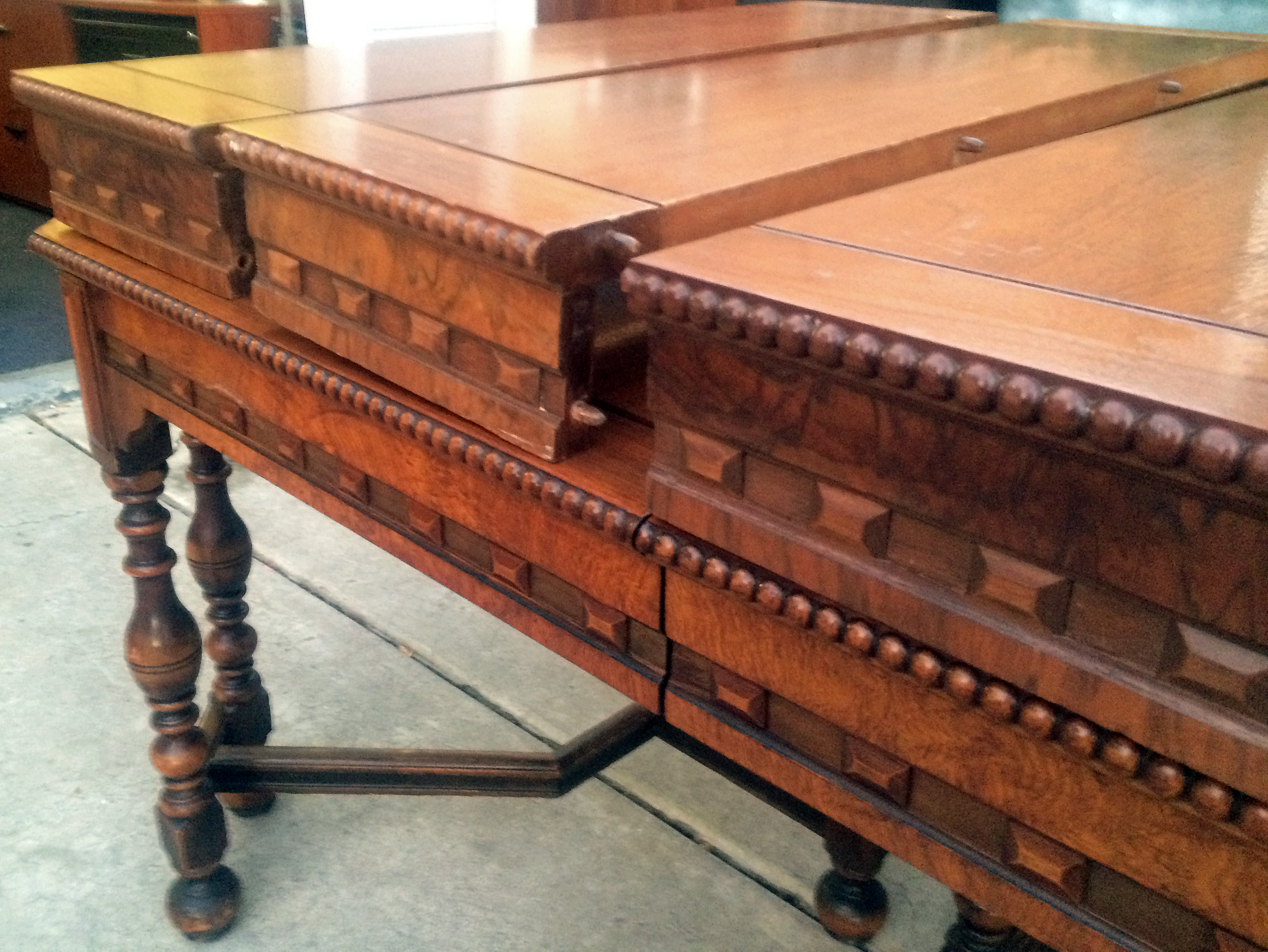 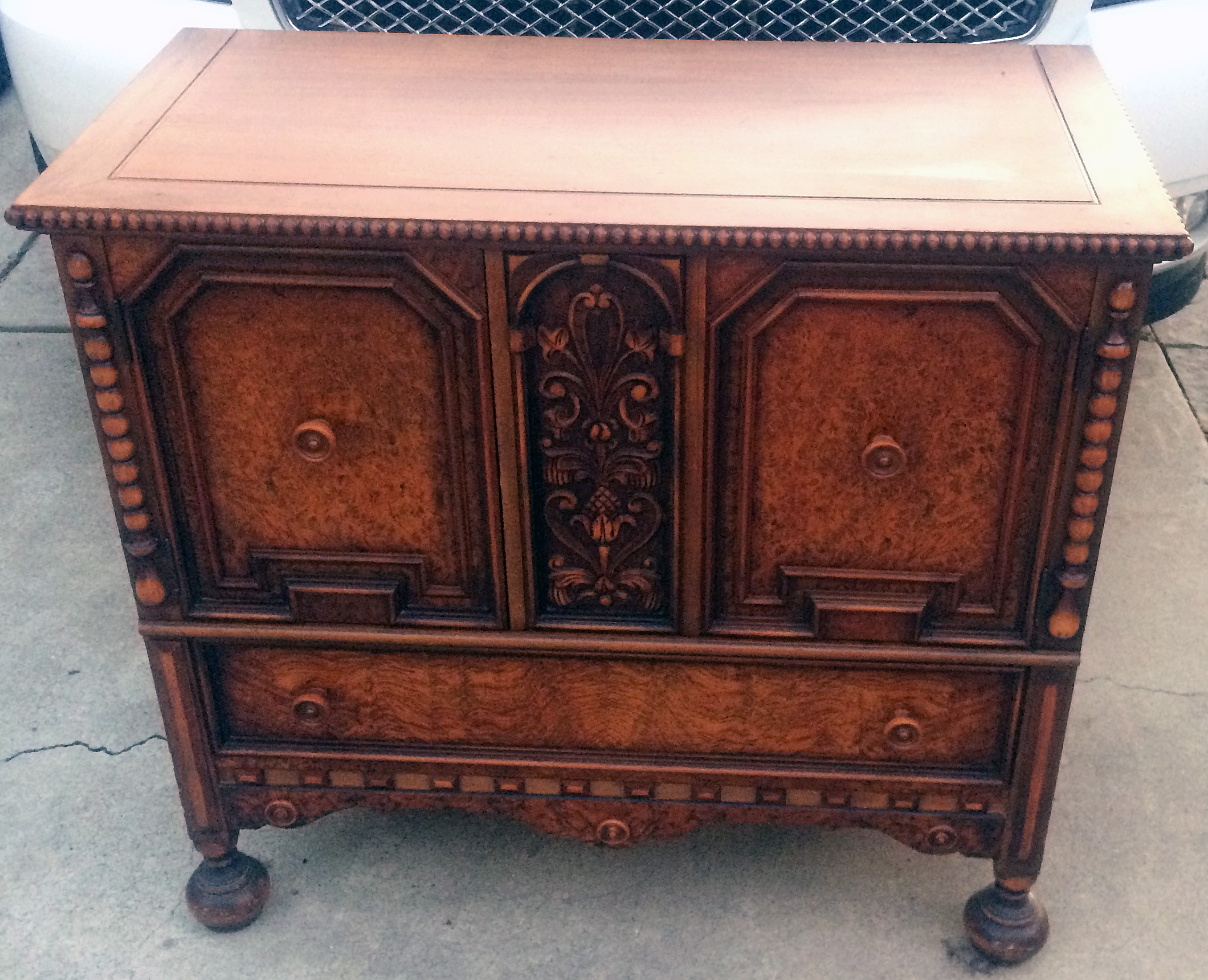 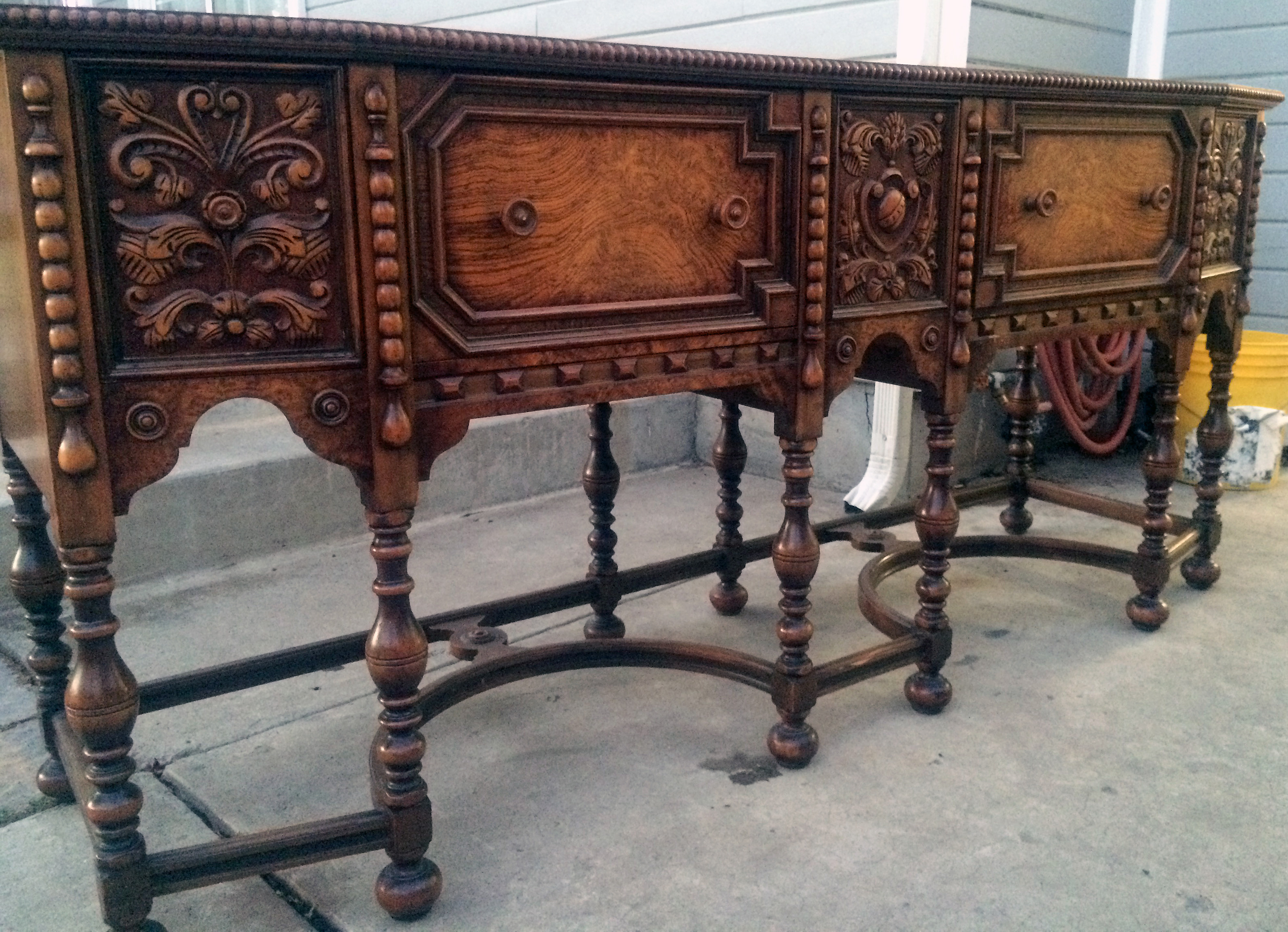 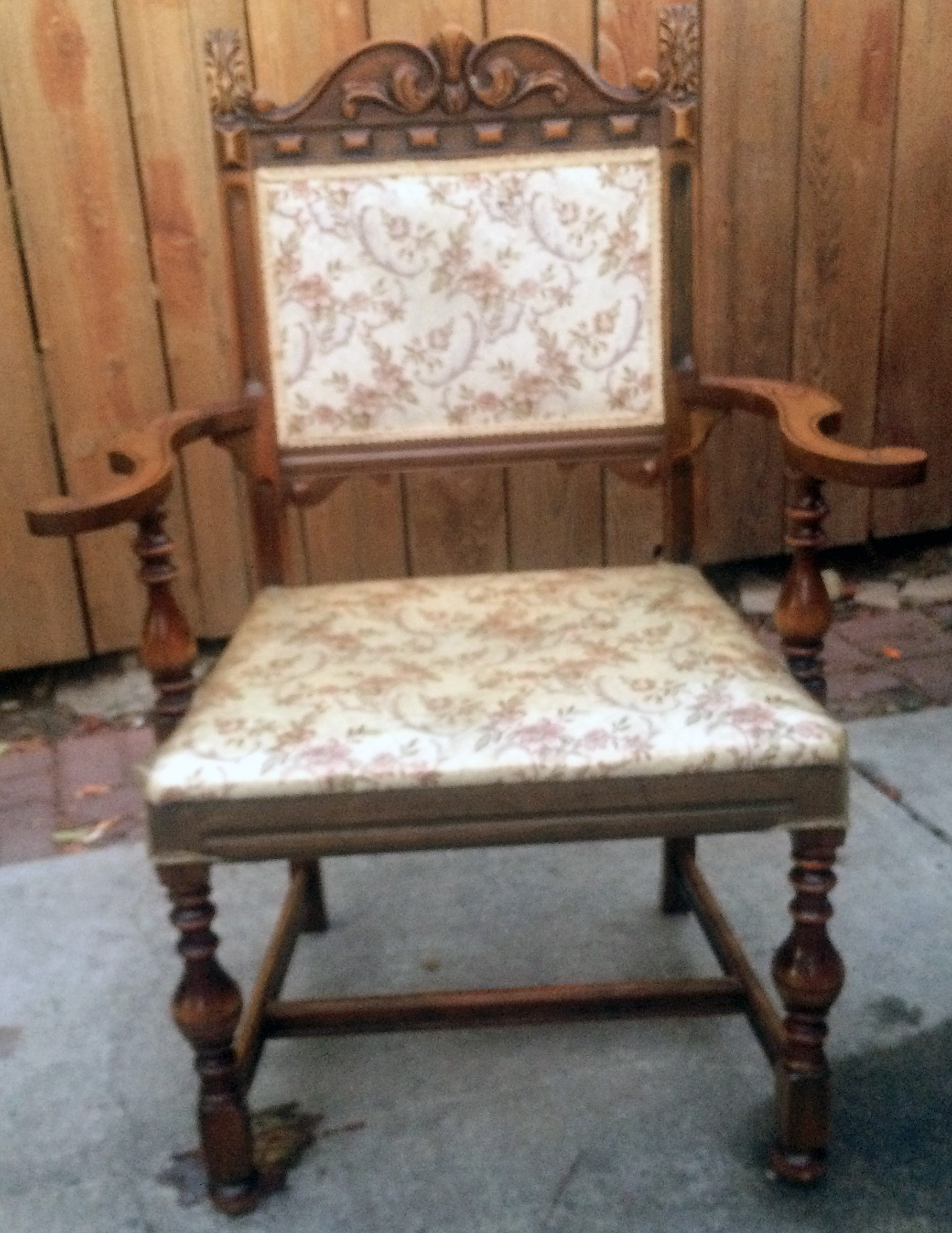 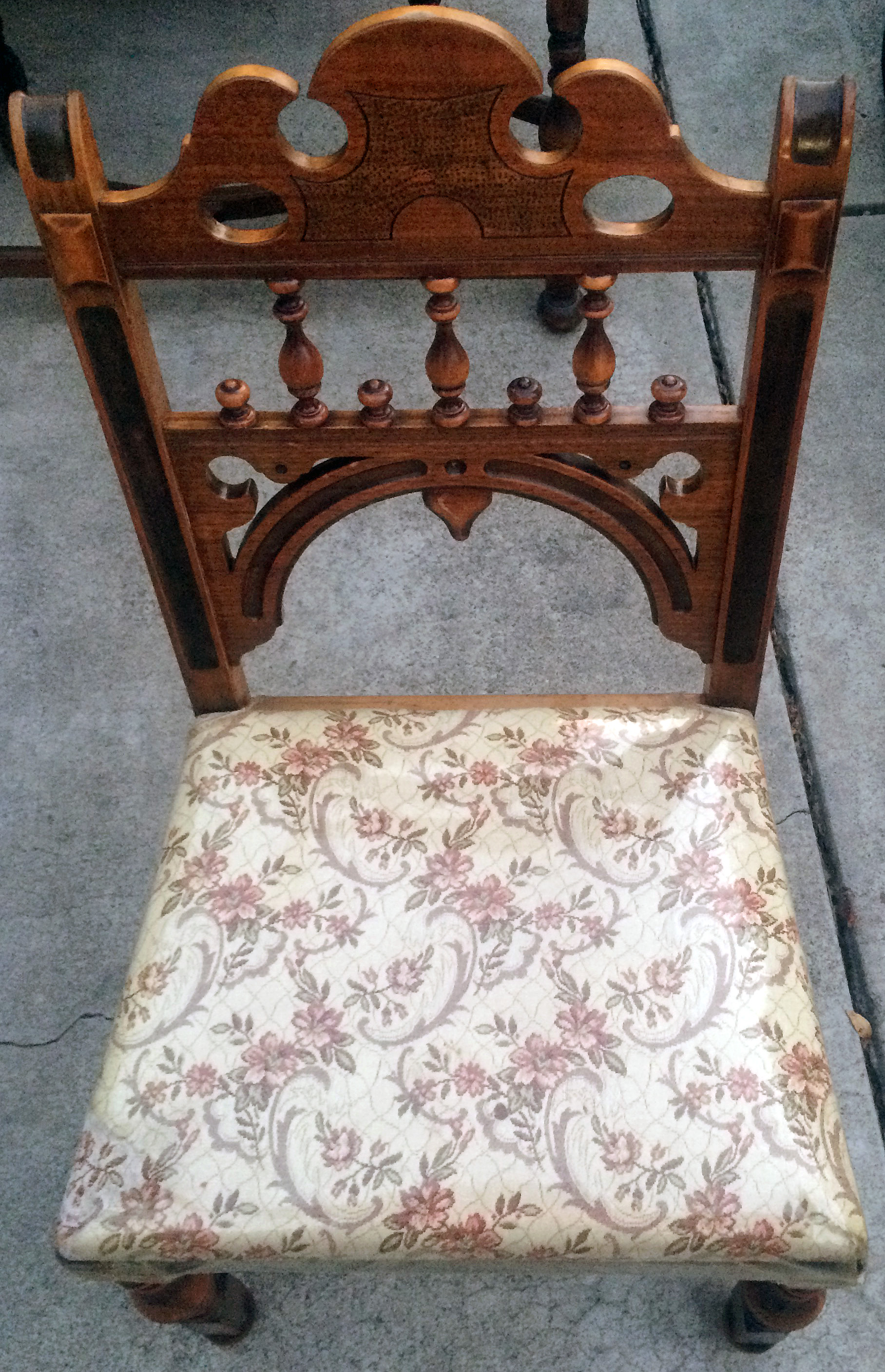 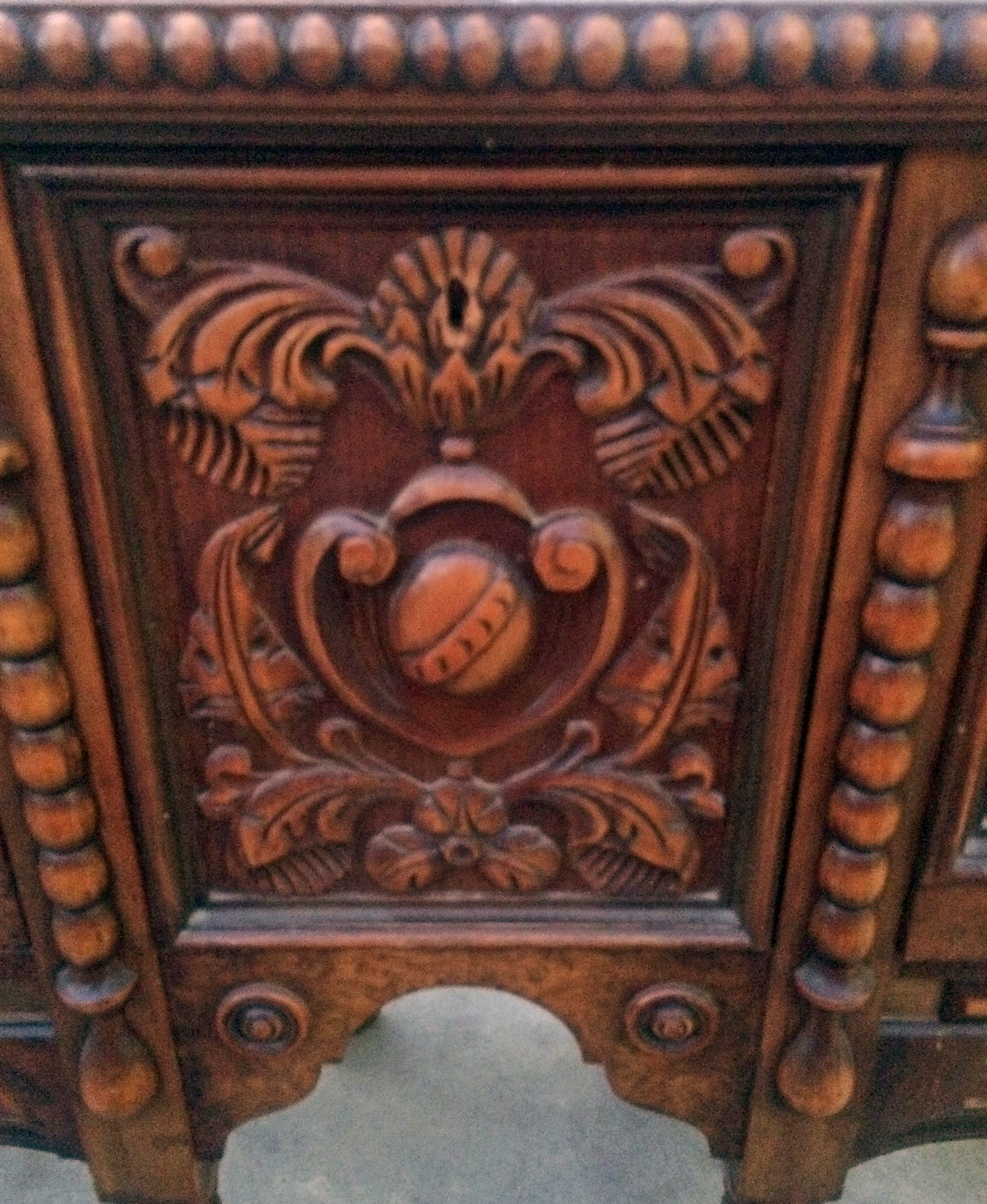 Hello and welcome! My name is Doris.
I have been an antiques collector, dealer and appraiser for over 56 years.
I will be pleased to help you.

Thank you for the information and photos.

Please allow me time to research the data required by your question, calculate current values and write my answer.

I should return within 30 minutes.

I thank you in advance for your patience.

Customer reply replied 5 years ago
No problem! Thanks for your help!I also have additional pictures, should you want to see the doors/drawers open, or different views of each piece, etc.

You may have already seen this, but in case you have not, I will include it here.

1874: New six-story factory, with wholesale and retail showrooms, becomes one of Grand Rapids’ most prominent structures.

1876: Berkey & Gay is one of three Grand Rapids companies to win an award for its display at the Philadelphia Centennial Exposition.

1885: Firm advertises nationally, and ships over a half million dollars in goods through out the U.S. and Europe.

1934: Stockholders win $2,000,000 judgment in suit against Simmons, then the largest civil award in history.

"1915 – 1931: The era between World War I and the Great Depression was Berkey & Gay’s zenith of production. Upholstering was spun off to subsidiaries like Wallace Upholstery and Grand Rapids Upholstery, so Berkey & Gay concentrated on living room and bedroom suites. Although designs ran the gamut of freely translated European and American revival styles, most tended toward larger, heavier periods like Elizabet*****, ***** and Mary, and American Empire.

Pieces were well constructed. A variety of woods was used, mostly dark mahoganies and walnuts, with occasional accents of lighter woods, painted decoration, or exotic materials like turquoise. These were further darkened by the application of stains wiped around edges and carvings, to give the appearance of age.

One interesting novelty was the "Old Ironsides Table,” of which only about 100 were produced. Its scalloped apron and block-turned legs and stretchers were adapted from an illustration in a Wallace Nutting book on American antiques. An eagle medallion on the single drawer front was carved in wood taken from the U.S.S. Constitution, during its restoration in Boston Harbor."

My research indicates that your Berkey & Gay dining set dates 1915-early 20s. Further more, it would have an estimated retail value of $9,500-12,000 assuming good condition and depending on sale location.

Etsy.com - small fees - 20 cents to list plus 3.5% final price.
Artfire.com
Bonanza.com
Or your nearest CraigsList.com where you can list items for free.

These sites are excellent and more upscale but fees are higher. I only recommend them if you have several items to sell.
GoAntiques.com
Rubylane.com
Tias.com
cyberattic.com
trocadero.com

A method that could be very effective would be to place a classified in the "Maine Antique Digest" It has a large readership of collectors all across the country.

I highly recommend this method. They only charge $25 for 25 words in a classified ad. This publication is a monthly newspaper as well as on their internet website.

In general, a private seller to a dealer or at auction can expect 30-60% of estimated retail value.

Insurance replacement values are usually about 10% more than retail values.

Please take a little time to give me a POSITIVE RATING NOW SO THAT I AM CREDITED BY JA for my knowledge, time and effort.

Please do not rate me down because of system difficulty.

Please let me know if you have difficulty with the site's rating system. To rate me, you should see 5 stars near my answer. 5 stars gives me the best rating.

If you would like to use me on any future questions, requesting me expires in a short time. If you put "For Doris Only" as the first of three words of the question, most professionals on the site will respect that request.

Thank you so much for the positive rating and bonus! If you have questions in the future, please request me by typing “For Doris only” as the first three words of the question. Most professionals on the site will honor that request.