I have a vase that is approximately 5.5 inches gh, blue with…

Customer Question
I have a vase that...
I have a vase that is approximately 5.5 inches high, blue with cherry blossoms painted into the glaze. On the bottom is a single blue circle. what could be the approximate value?
Submitted: 5 years ago.Category: Antiques
Show More
Show Less
Ask Your Own Antiques Question
Share this conversation

Could you very kindly attach a photo of it and one of the entire bottom and I'll tell you all about it and give you a value.

PS. Once you have the photos in your computer, it's a simple matter to attach them. Just click on the paperclip icon, located above the text box where you are typing to me. If there's no paperclip, click on the "Add files" tab.

If you get stuck go here for help.

PPS. Please don't respond to a request for a phone call, if you get one. It does not come from me and you'll be charged an extra CAN$20 you don't need to pay. 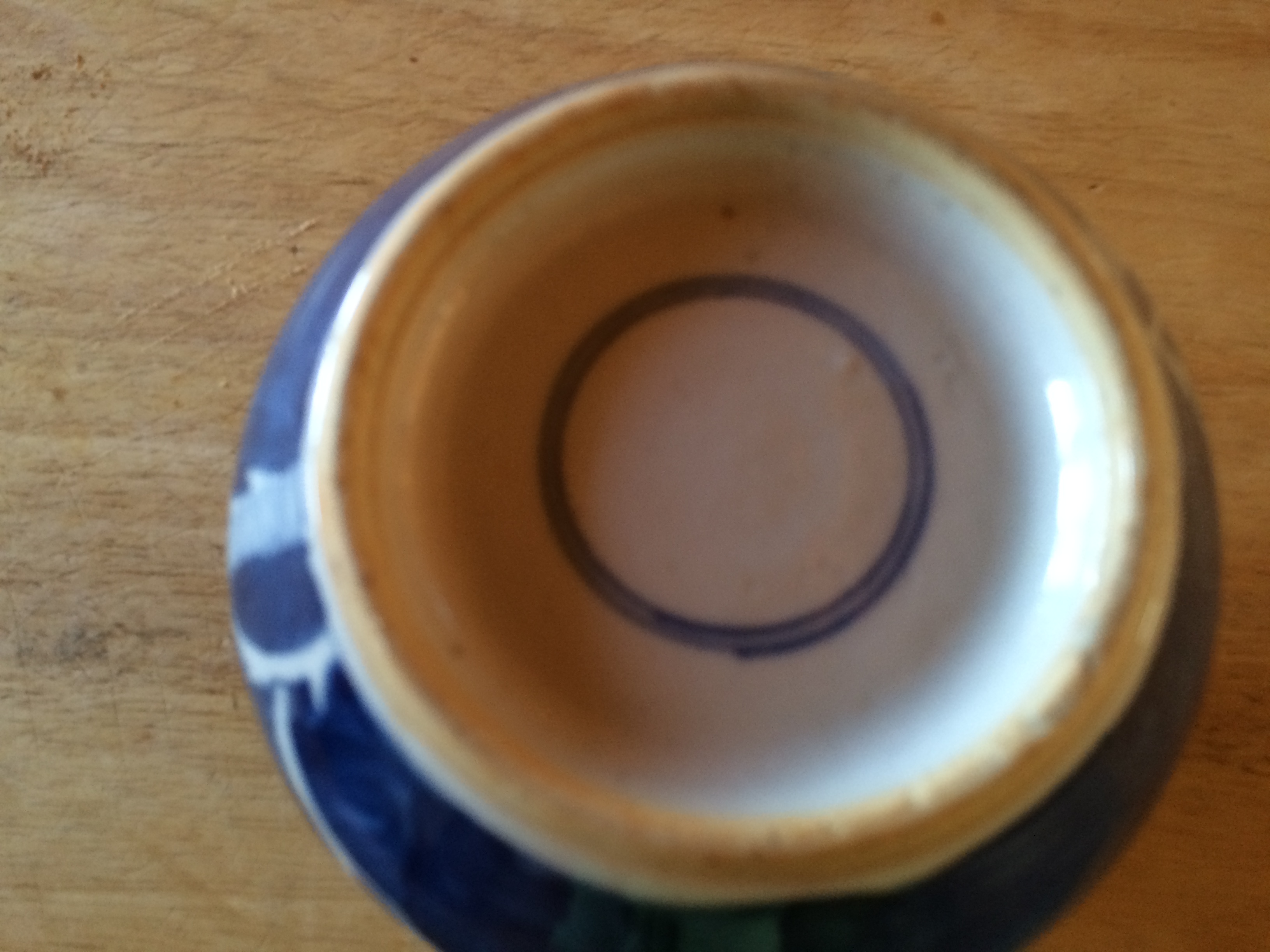 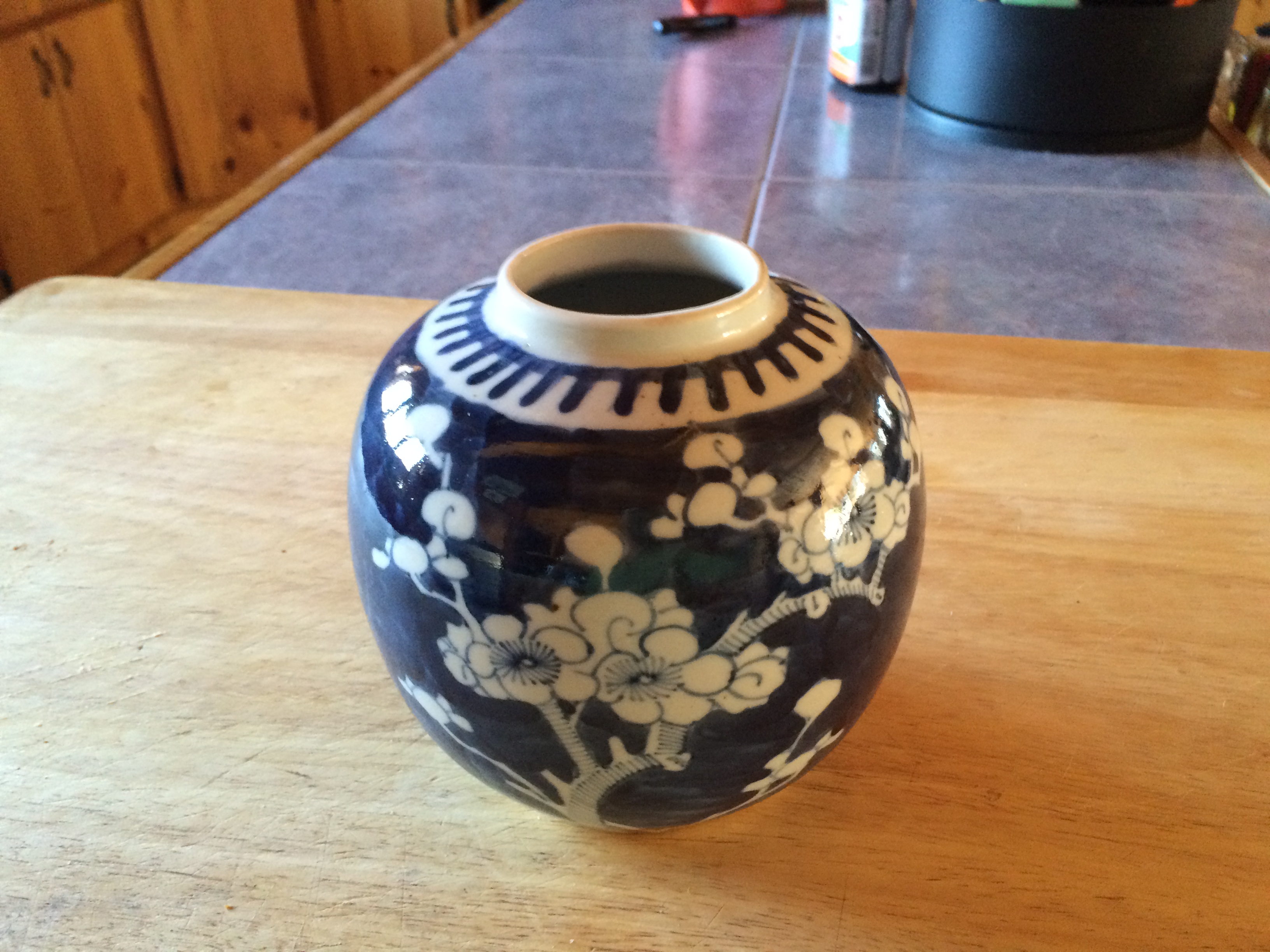 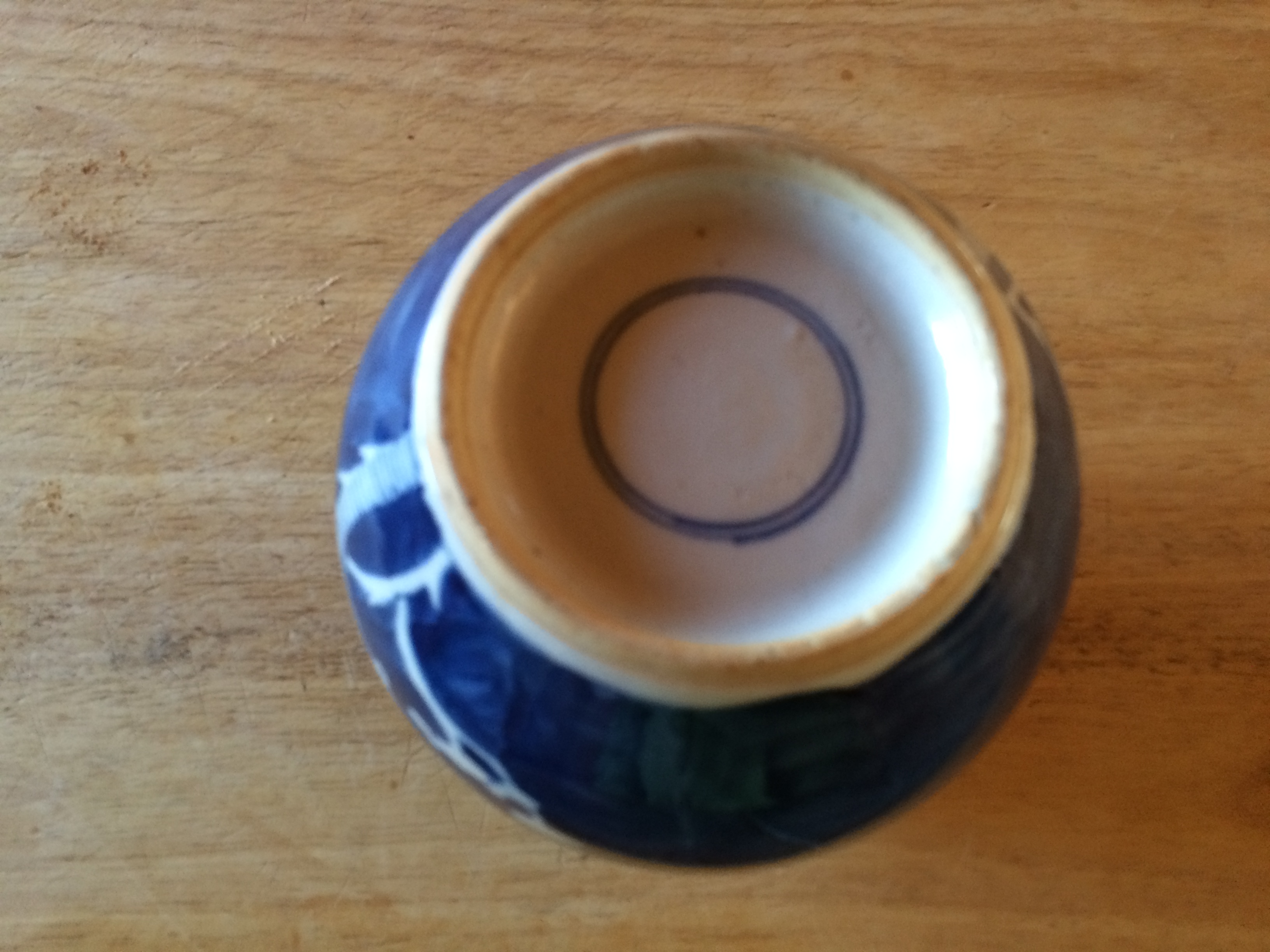 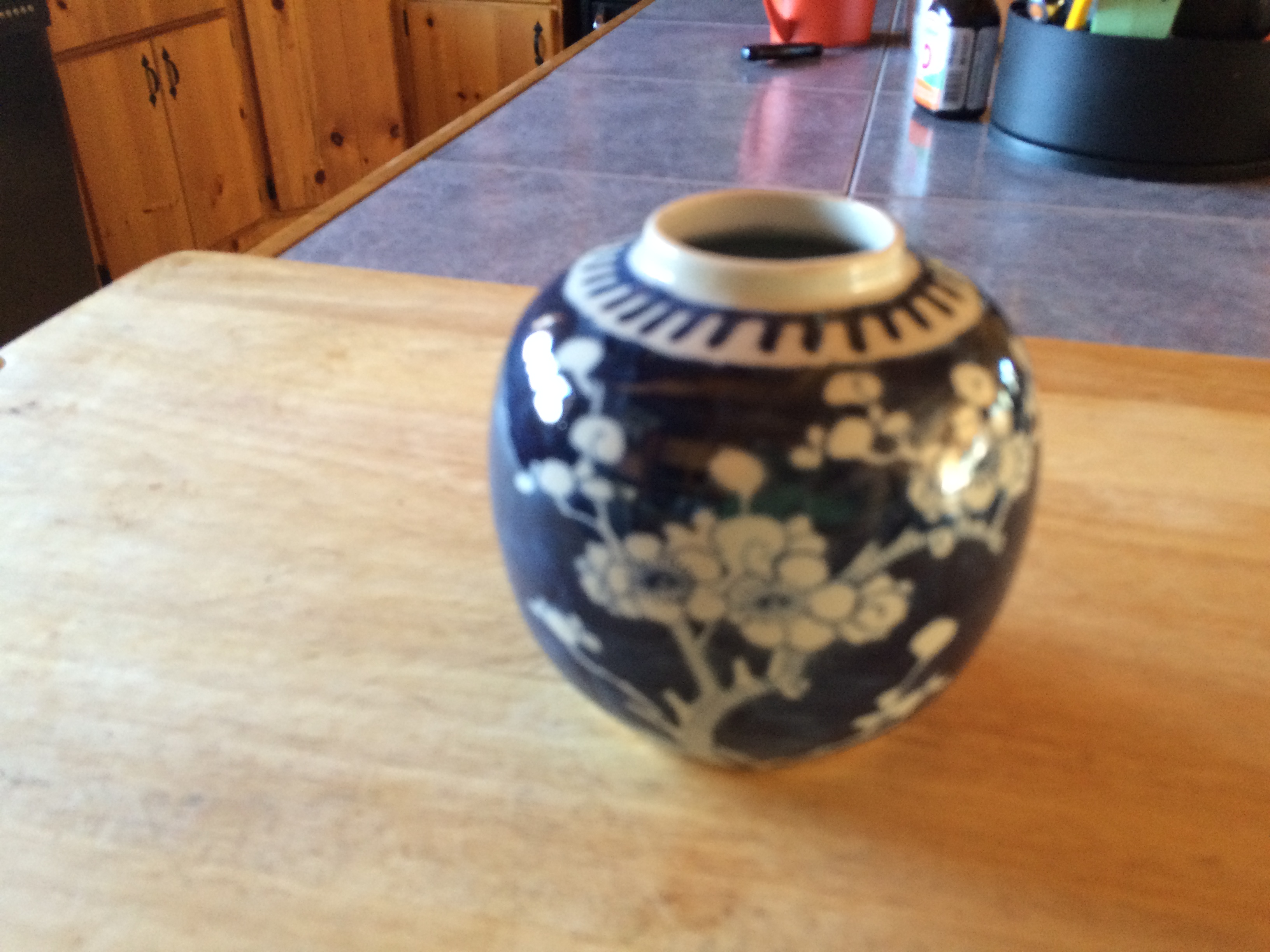 Thanks for the photos,

This is a neat little piece, normally referred to as a ginger jar. Originally it would have had a domed cover like this. The covers are not very stable and invariably fall off and get broken, so yours is in well populated company.

It's a reproduction of a pattern known as 'hawthorn & cracked ice" that became especially popular in the Kangxi era (1662-1722), although the pattern has been around since the late Ming Dynasty, and has remained an enduring favorite ever since. Looking at the color of the blue and the shape of the bottom, I would date yours no older that the 1920s or 1930s and possibly as recent as the 1950s.

The 'hawthorn' is more accurately plum blossom, a highly revered and auspicious symbol in the Chinese tradition. The five petals of each flower represent the Five Happinesses or the Five Good Fortunes, wufu 五福 which are:

This is a popular toast at the Chinese New Year (which you can get ready to do this 8th Feb!). New year is a propitious time in any culture and especially so in the East, and it coincides with the time when the plum blossom is in flower, as it blooms in late winter. So it is also a powerful symbol of courage and hope.

Every New Year it was traditional to make edible gifts, usually a rice cookie flavored with ginger, and to present them to family and neighbors in these jars. The jars would then be returned once the contents had been enjoyed, an example of the first ever cookie jars, if you will, and an ancient example of recycling too.

The mark on the base is interesting and is known as the empty ring mark. It's actually meant to be two rings, but they are so close together they've blended. They are the rings that one usually sees around the imperial seals on officially marked porcelain from the imperial kilns at Jingdezhen but without the Chinese characters in the middle. These empty ring marks were used a lot during the Kangxi reign and this antique reproduction of an empty ring mark was also used a lot on early Chinese Republic pieces to make them look like they were of the period.

Nobody quite knows for sure why the seals were omitted from these rings back then. One explanation is that during emperor Kangxi's reign there was considerable unrest and the using of official Imperial seal marks was greatly restricted. Alternatively, it may just have been that the porcelain decorators simply did not want (or were too scared) to declare an allegiance by using the Imperial seal.

So the value in your little vase are all the stories and symbolism it tells rather than any great monetary value, I'm afraid, although there is certainly much more interest in Chinese porcelain like this recently. Fifteen years ago you could have picked this little jar up at an antique store for less than $20.

Today I would give it a full retail value of about CAN$50 which is also the replacement value for insurance purposes.

PS. If there's anything more I can help you with on this, please don't hesitate to ask. If not, could you very kindly rate my services (with the stars or "accept" button) as this is how I get paid by JustAnswer at no extra cost to you. We can still continue to communicate here on this thread after you do. And if you have another item you'd like to ask me about, just start a new Question and put "For Robert S....." in the subject line. Thanks, R.

Sophiad128
Appraiser
BA Art History
480 satisfied customers
I'd like a guesstimate for a vase I inherited. It is Asian,
It is Asian, 24" tall, white w/blue painted image of hawk on cherry tree limbs and raised cherry blossoms & buds, two handles on the neck are protruding cherry tree limbs. Stamped w/Asian marking on bottom. … read more

Tim in Antiques
Fine Art and Antique Appraiser
Master's Degree
939 satisfied customers
Show more
Disclaimer: Information in questions answers, and Show More
Disclaimer: Information in questions, answers, and other posts on this site ("Posts") comes from individual users, not JustAnswer; JustAnswer is not responsible for Posts. Posts are for general information, are not intended to substitute for informed professional advice (medical, legal, veterinary, financial, etc.), or to establish a professional-client relationship. The site and services are provided "as is" with no warranty or representations by JustAnswer regarding the qualifications of Experts. To see what credentials have been verified by a third-party service, please click on the "Verified" symbol in some Experts' profiles. JustAnswer is not intended or designed for EMERGENCY questions which should be directed immediately by telephone or in-person to qualified professionals.