We're selling some items friend and are looking info on…

Hello! We're selling some items...
Hello! We're selling some items for a friend and are looking for some info on this OLD African-American doll. It supposedly was a childhood toy of our friend's MOTHER and our friend is in her 70's, so I would guess that it's from the 1920s at the LATEST,
maybe earlier? It's in pretty amazing condition, given its age. The whole thing is soft, except for it's face, which feels like a really soft felt-like covered plastic, whatever their version of "plastic" was back then. ;-) Everything else feels to have a
firm cotton pillow type filling rather than beans or anything like that. The face has painted details on top of the sculpted material/fuzzy surface and the buttons have a mother-of-pearl look to them. Felt hat and silky nice fabric or ribbon for the bowtie.
So charming and interesting. It is about 9.5" long and 6" wide from hand to hand. Would love to know anything you can tell me, including what to call it when I list it on ebay. ;-) Date and approx value would be great too. Thanks, Diana!
Show More
Show Less
Ask Your Own Antiques Question 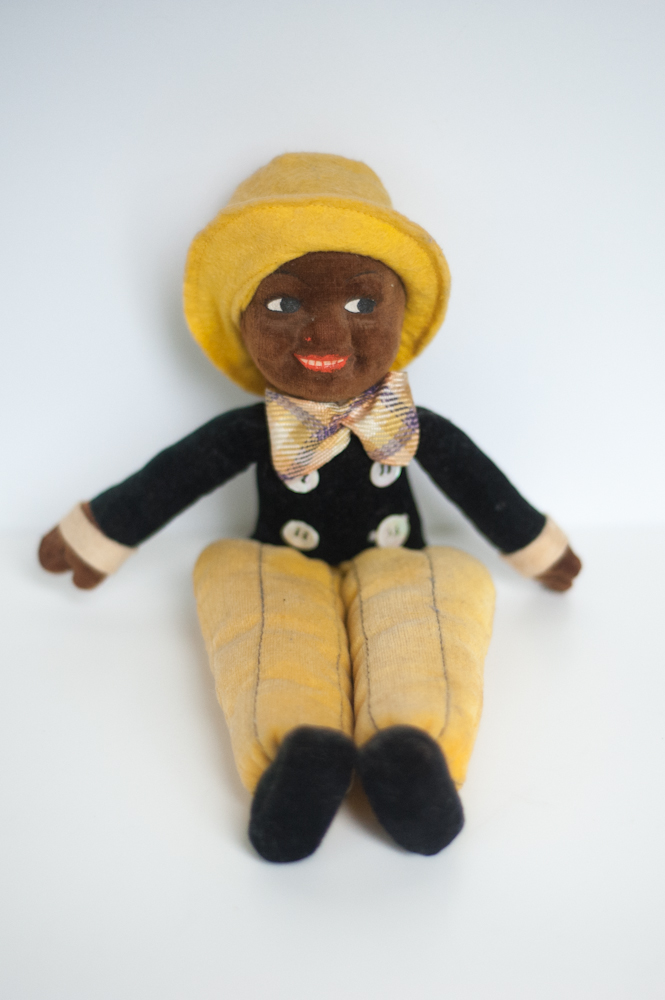 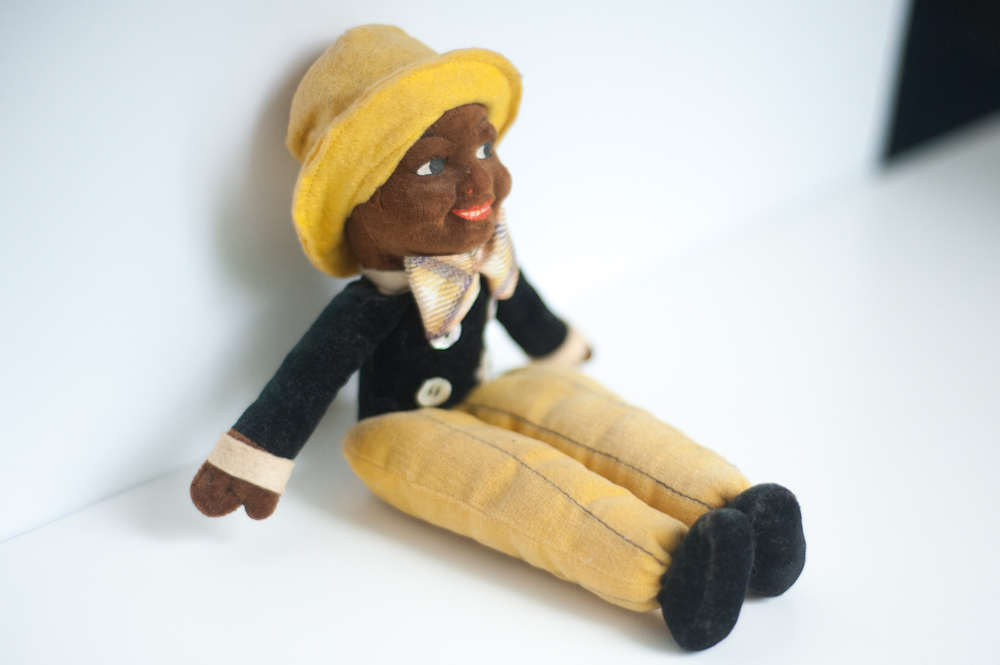 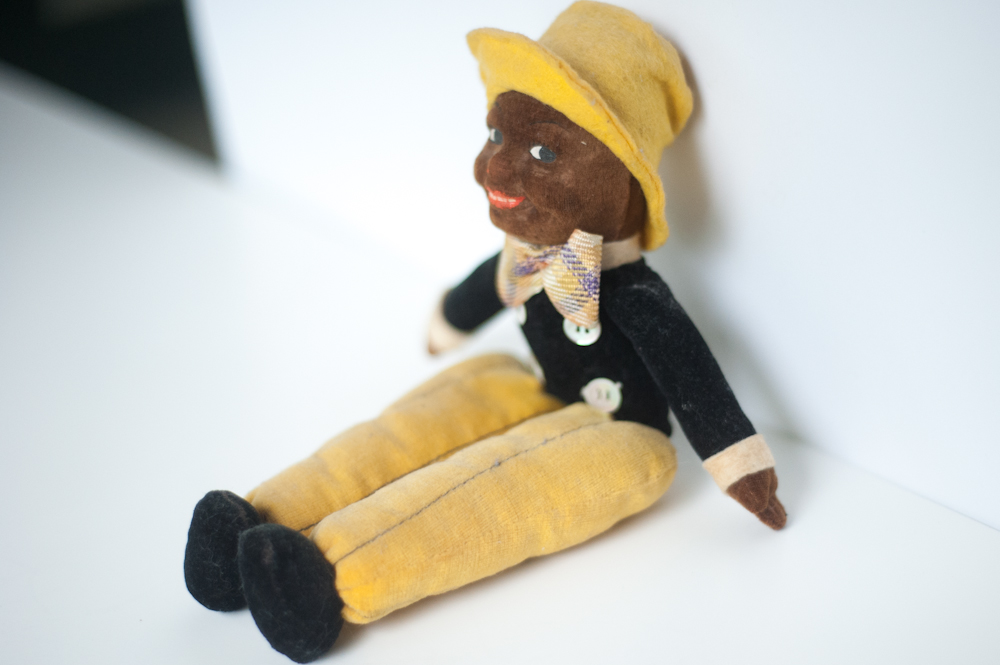 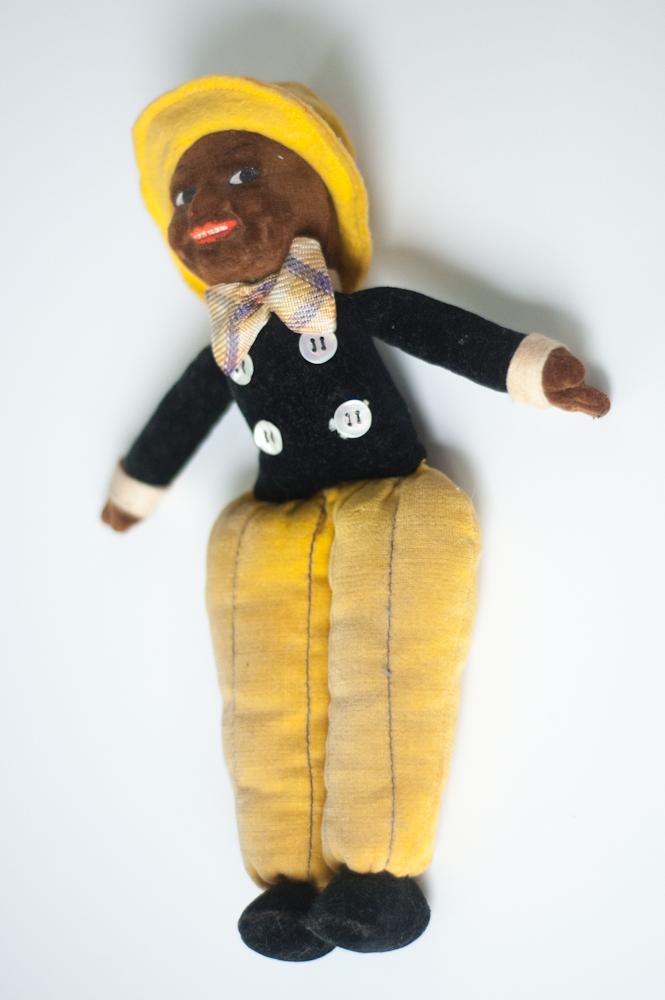 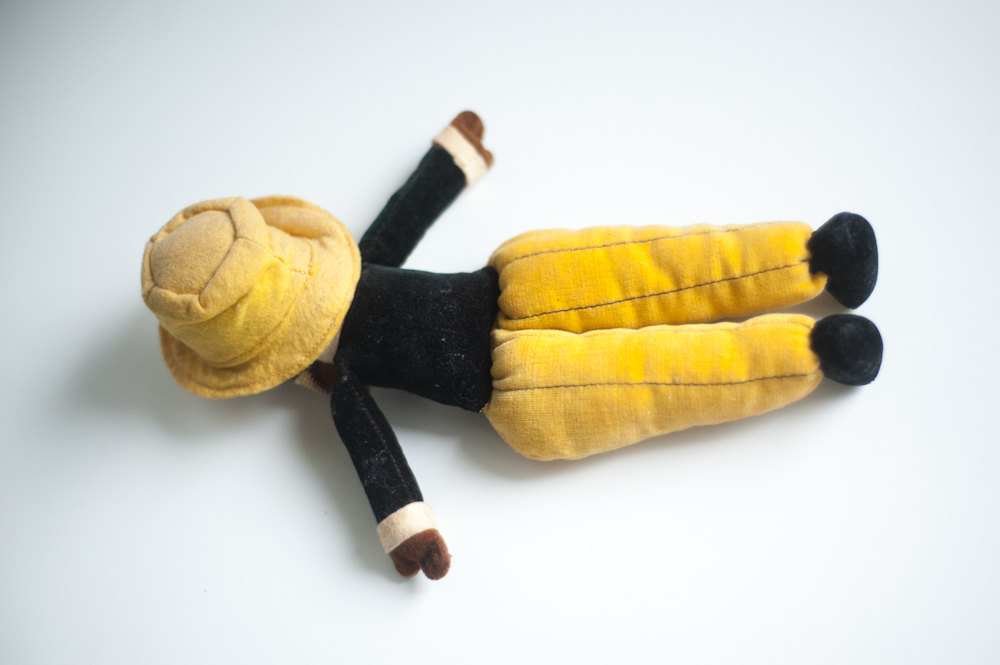 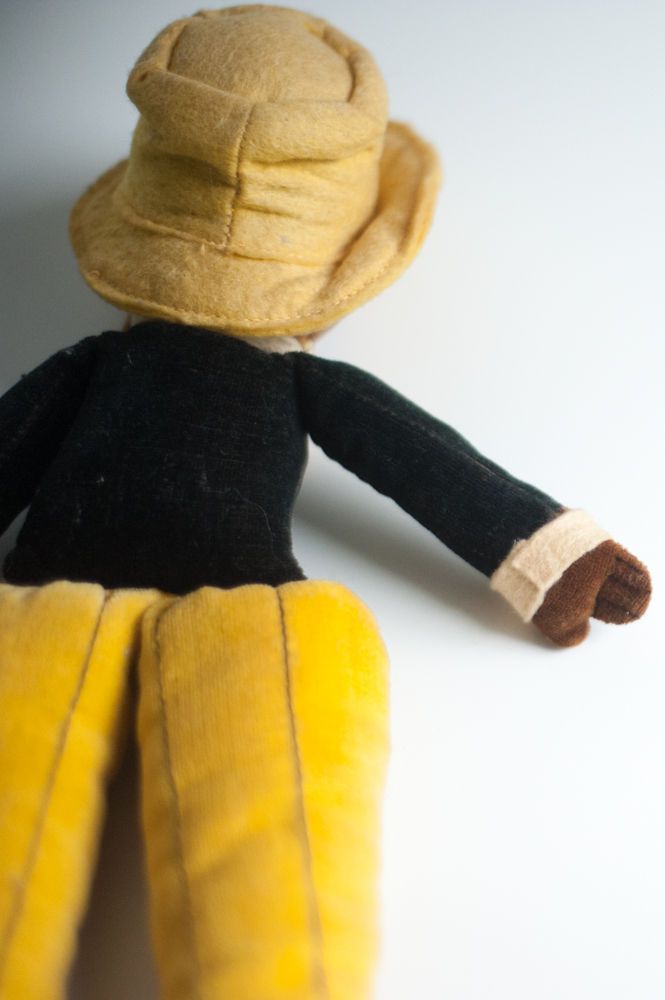 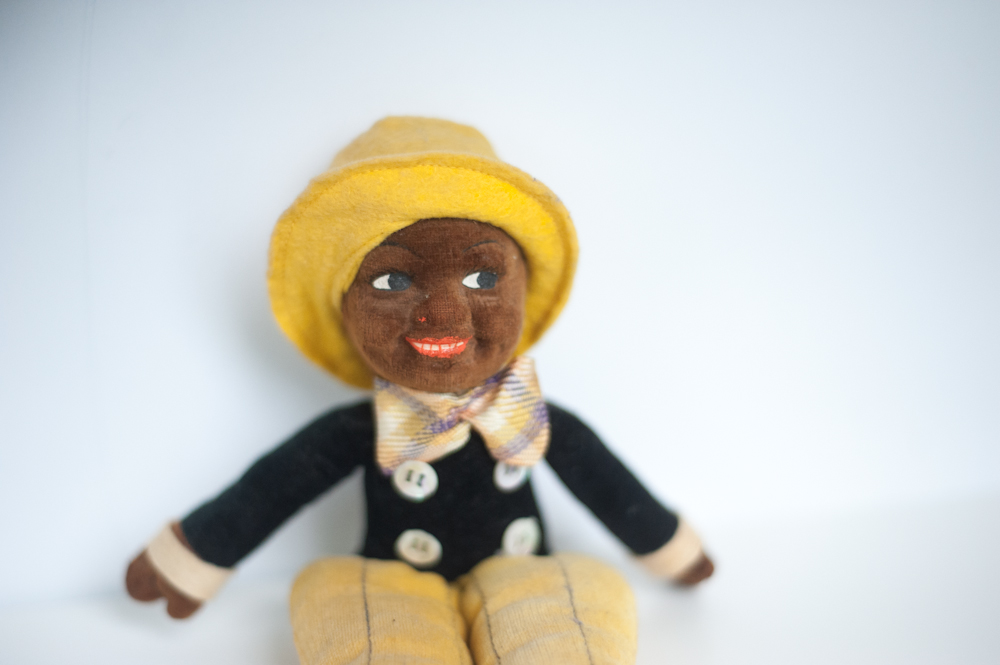 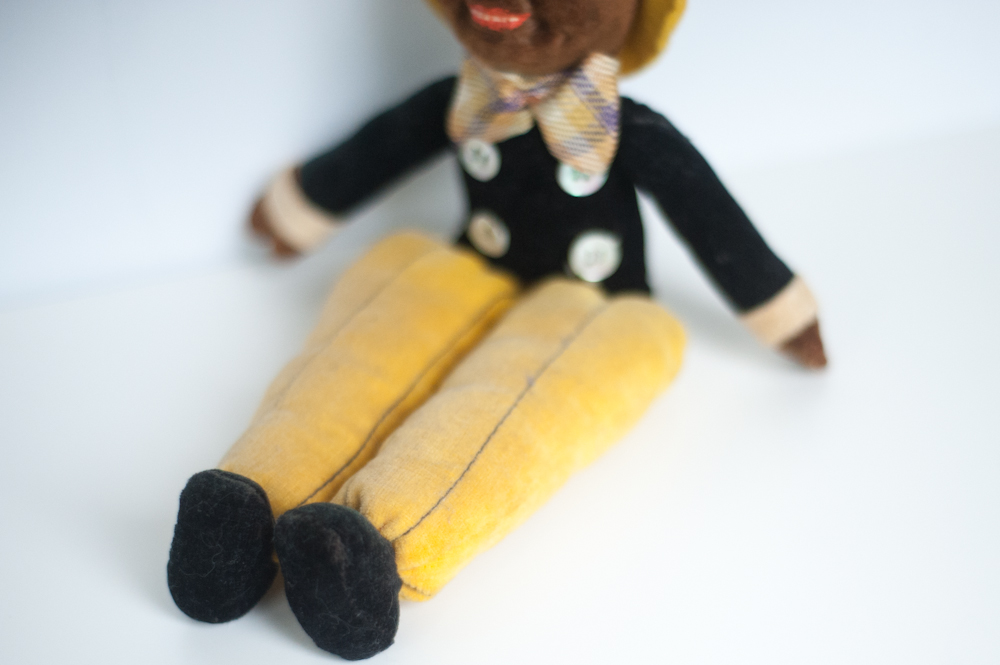 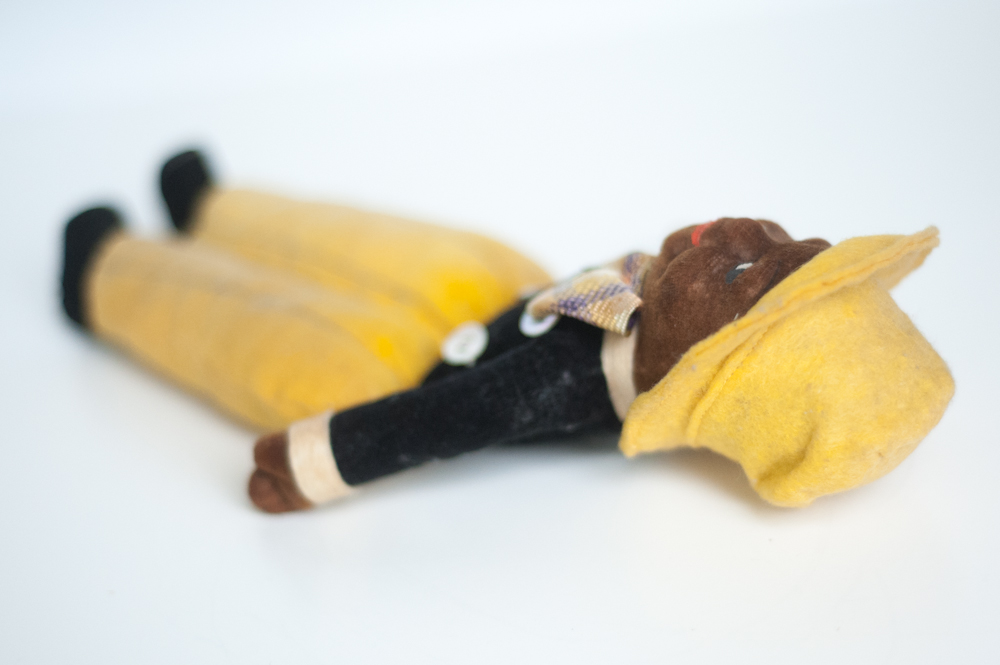 black doll-9.jpgblack d...jpg
Share this conversation
Customer reply replied 5 years ago
Just to clarify, the face part is the "plastic" part and is firm, not soft. (Although it does give a bit if you squeeze it.) Thanks!

Oh wow. That is old. I'm not sure on the age offhand but I will definitely see what I can find out for you.

Customer reply replied 5 years ago
Will do, thanks!

I'm sorry I'm a bit later than I thought I would be. I got unexpectedly hung up.

These are pretty interesting, so you may keep your eye out for more.

It's a Norah Wellings doll. Norah worked for Chad Valley Dolls from about 1919 to 1926 when she partnered up with her brother and struck out on her own. They created Victoria Toy Works. That was in business from about 1926 to 1959. She shut it down when her brother died and she kind of didn't want to go on. Her dolls reached their peak in the 30s and 40s.

From the start, she was smart. She carved out niche pretty quickly and managed to not only cater her dolls to sort of themes, but she also knew where to sell them. She sold worldwide and made a number of dolls specifically geared to tourism. In fact there was a whole line involving sailors that were sold on cruise ships.

They mainly produced cloth dolls in categories like bambina dolls, clowns, ethic dolls, souvenir and character dolls among others. They came in sizes ranging from about 7 inches to over 2 ft. I managed to not only find your doll but I also found an old catalog where it's featured. I'll attach both of those to the end of this answer.

It was novelty doll. It would have had a tag on it but most of those got lost. From what I can find on the records it dates to about the mid 30s to mid 40s. She didn't name most of her dolls, but this one looks like a version of Sammy (#126). For a time he was offered in a sort of set featuring party mascots and carnival novelties and came with a few color combinations.

Most people on Ebay sell them too cheap. They routinely sell them for around $25 to $50 because either they don't know or don't care. In that condition, it's actually worth about $100 to $150. So, you might keep that in mind depending on where you sell it. =)

If you have any questions, let me know (and you should be able to rate now, but if you run into a problem let me know).

If you would like to use me on any further questions. Requesting me expires in just a short time. If you put my name (DianaF) in the question, that will make sure it gets to me.
.
I look forward to working with you again.
.
Have a great evening.
~Diana 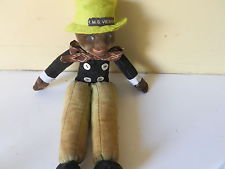 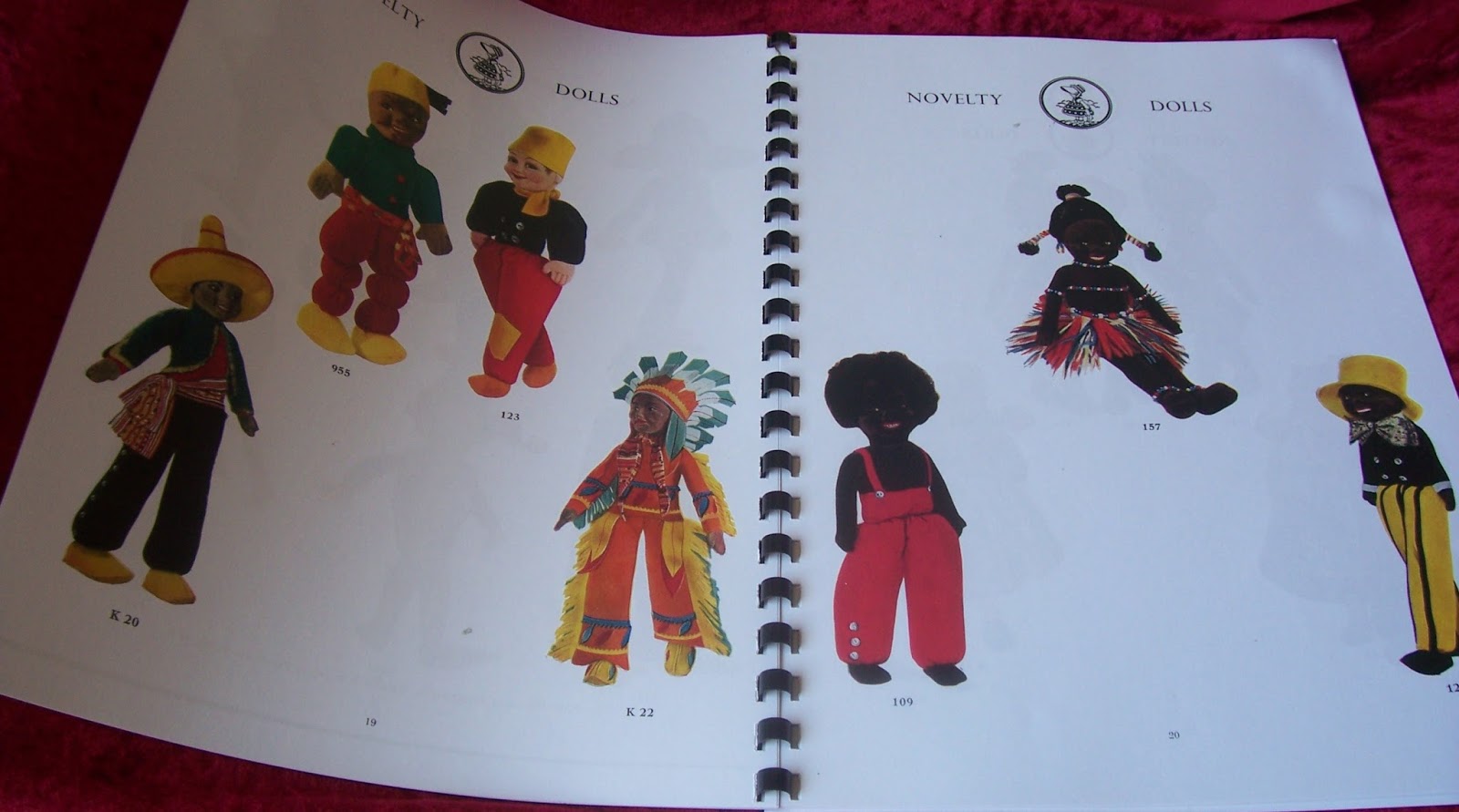 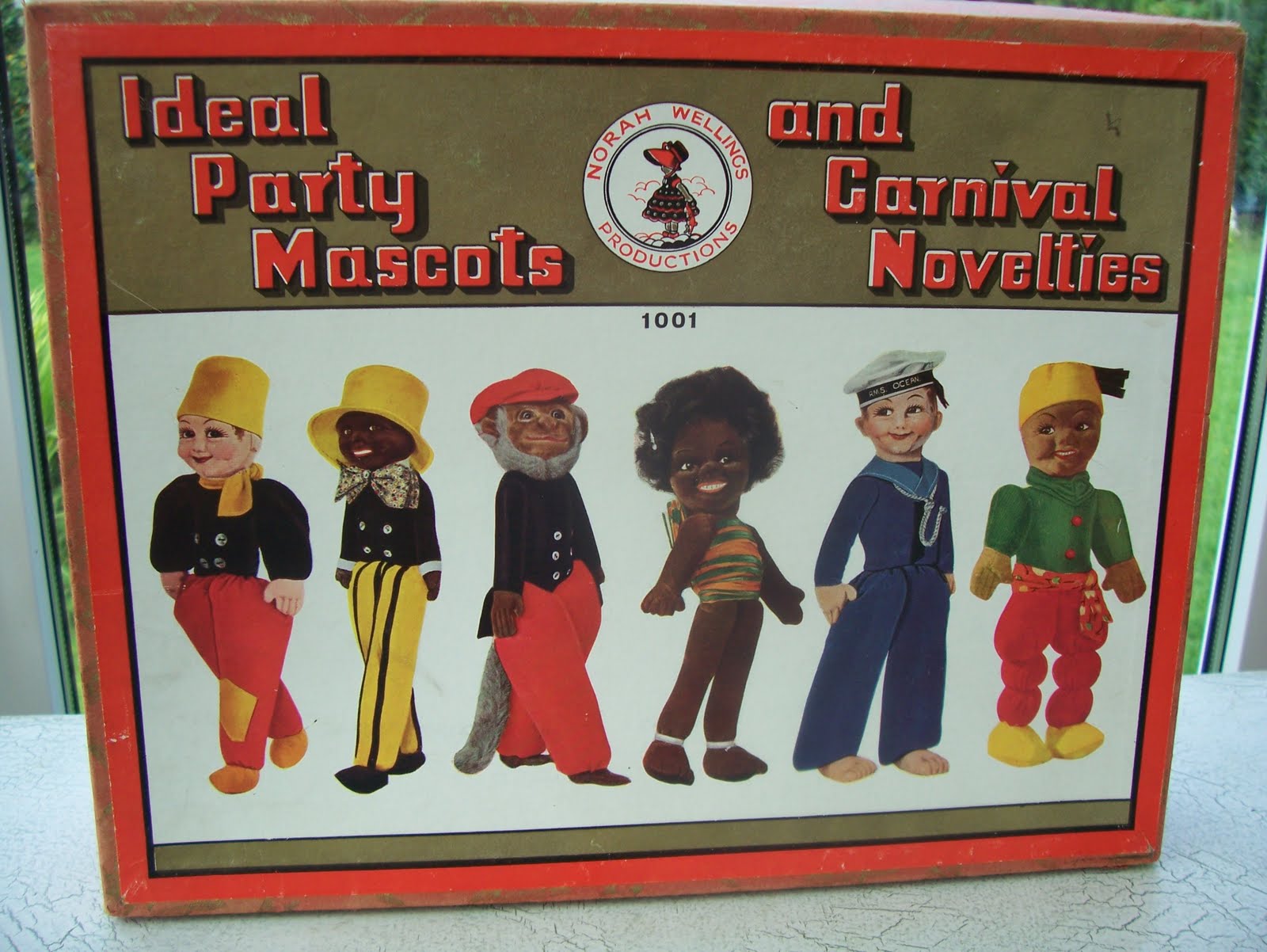 Verified
Diana F. and 87 other Antiques Specialists are ready to help you
Ask your own question now
Customer reply replied 5 years ago
You're amazing. :-) THANKS!

=) Anytime. Thank you for the bonus!!

Have a good weekend and good luck!

Diane in PA
Antiques Appraiser | Researcher | Seller
Associate Degree
708 satisfied customers
Show more
Disclaimer: Information in questions answers, and Show More
Disclaimer: Information in questions, answers, and other posts on this site ("Posts") comes from individual users, not JustAnswer; JustAnswer is not responsible for Posts. Posts are for general information, are not intended to substitute for informed professional advice (medical, legal, veterinary, financial, etc.), or to establish a professional-client relationship. The site and services are provided "as is" with no warranty or representations by JustAnswer regarding the qualifications of Experts. To see what credentials have been verified by a third-party service, please click on the "Verified" symbol in some Experts' profiles. JustAnswer is not intended or designed for EMERGENCY questions which should be directed immediately by telephone or in-person to qualified professionals.