I have two antique porcelain chinese vases that my aunt, who…

Hi! My name is XXXXX XXXXX I would be happy to help with your Chinese vases.

I see you attached a picture but maybe not the one you meant to attach? However I would be happy to appraise that item too (or instead) if you could very kindly provide a photo of the mark on the base.

Could you also tell me the height of the vases.

And then copy the link they give you. It will look similar to this http://www.imgur.com/xxxx and it's located right under where it says Link (email & IM) and paste it here where you are typing to me.

Customer reply replied 7 years ago
The vases - if that the correct term - are a bit more than 6 1/2 " tall and just under 4 1/2" across at the top. The link does not seem to work. The photo I sent is of the vase. I will try to send a couple more photos. There is absolutely no mark on the bottom of the pieces. Beth

Thanks so much for getting back to me.

So this is one of the vases, I understand. 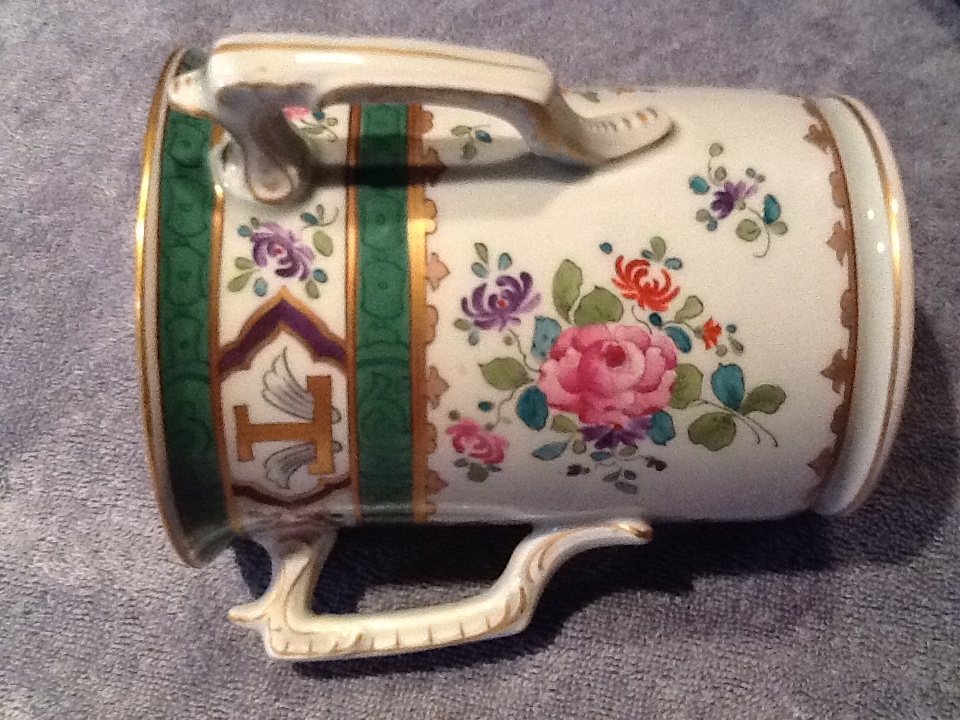 That's no problem, Beth, I'm sorry you are having difficulties with Imgur.com You might find that tinypic.com would be easier. It's another really easy to use public picture hosting site.

Click on choose file (it will then automatically pull up your picture files).

Select the image you want to send me and click open

Return to the tiny pic page and click Upload Now

Answer the little anti-spam puzzle and it brings you to a bunch of links.

Click on the one under URL for E-Mail & IM

Click on the link to make it turn black,

Then paste to where you are typing to me.

I'd be very interested to see a photo of the bottom whether there is a mark or not.

Also, are they an identical pair, or mirror images of each other?

Got it! Changed to my laptop from the iPad. You will note there are two other items that I m curious about. The miniature vase is 3" tall.

Unfortunately only one image came through on that link. 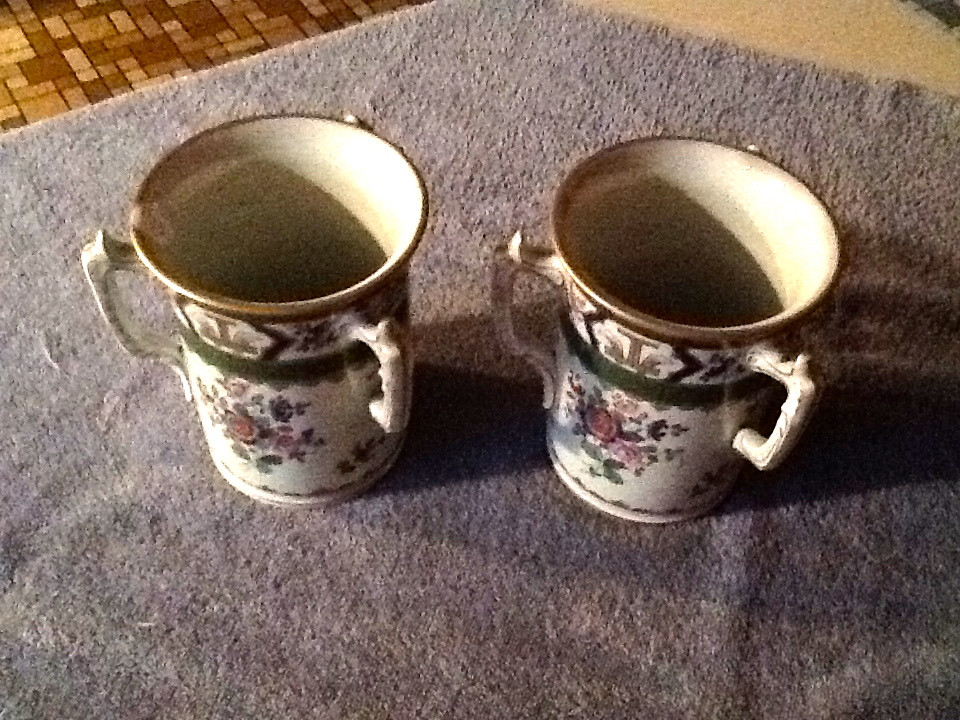 You may have to paste them link by link, I'm afraid, though there is a way of bundling them all on one imgur link but I have never been able to figure out how to do it.

The reason I want to see the bases is to confirm that I believe these are English Staffordshire in origin and the shape of the base will confirm (or deny!).

Thanks! That's just what I wanted to see.

I'll have a full answer for you and a value as soon as I can.

Apologies for the delay in getting back to you. Life intervened.

These vases are most interesting!

First of all, they are not Chinese, but made to look like it. Made to look like the typical Chinese export ware produced in the 1700s and sent in large quantities to Europe as Chinese decoration in the European taste, or chinoiserie, as it came to be called.

Except your vases were made in Paris in the third quarter of the 1800s and I'll explain why.

But there is an added twist. In sixteenth and seventeenth century Europe the only true translucent porcelain available to them was that made in China. It was much prized and could be afforded only by the very wealthy.

The super-wealthy went one step further and would send out to China by ship a colored illustration of their family coat-of-arms which the Chinese porcelain decorators would copy meticulously by hand onto each plate and cup. A year or so later the china would be delivered back to Europe duly emblazoned with the family crest.

This was known as "armorial export ware" and was even more prized than just regular export chinoiserie porcelain. So much so that when knowledge of how to make Chinese hard paste porcelain became widespread in Europe, the European porcelain factories began producing reproduction Chinese armorial export ware.

Particularly those in Paris, by a group of factories known collectively as Old Paris Porcelain which is where yours almost certainly were made. One can tell they are not Chinese because the bottoms are completely different. This is an Old Paris Porcelain bottom.

I thought first that they might be a Staffordshire reproduction of armorial china (as they did them there too) but there are some subtle differences again in the bases and in the decoration.

Strictly speaking, as there is no coat-of-arms on yours (I am assuming, otherwise you would have shown it in the photos, I'm sure) it's not quite armorial china, but there is a symbolic device that's often seen on Chinese armorial porcelain made in Paris. It is the thing that looks like two back to back L's with wings (actually torches) framed by the purple and gold cartouche.

Here's another example of it:

This is a punchbowl made in Paris (incidentally, it has the coat of arms of the Scottish Clelland clan).

And here's another example of it:

I have never found a good explanation for this double L and torch device, except that it's probably another example of Europe trying to be Chinese, their idea of an esoteric Chinese auspicious symbol, perhaps. But it's a great indication of its Parisian origin.

The Paris porcelain factory of Samson made a lot of these and this could be where yours were made, but Samson were usually careful to mark theirs with a faux Chinese seal.

As I mentioned, your vases are "Old Paris Porcelain" or Vieux Paris Porcelaine. Thisis a generic term for the ornamental china produced by at least thirty manufacturers located within the city of Paris from the mid 1700's until circa 1880, or the end of the Second Empire. A generic term, because most of it is unmarked, or erratically marked, and almost impossible to attribute pieces to individual makers. Fortunately, collectors understand this and consider it as a single output without needing or wanting to know which individual porcelain works it came from.

They came into being to compete with, or ride the coat tails of, the Royal Manufactory at Sevres close by, despite an outright ban on porcelain making by King Louis XV and later heavy restrictions to minimize competition with his precious Sevres.

If you were to see your vases, or "tyg" to use the old English word for this type of three handle tankard form, for sale in an antique store they would have a retail price of $600 for the pair. This is also the replacement value for insurance purposes.

Expect to get about 40% of this if you were to sell them at an antique auction house or on line.

Antique Expert: Robert S., Antiques and Collectibles Researcher replied 7 years ago
Many thanks for the rating and the kind bonus. Much appreciated.
Was this answer helpful?
Yes
No