DianaF: Just wanted to share with you, this was my first buying…

So, some of the stuff I valued were t hings you were thinking about buying? That's great. =)

I'll get started on these.
Customer reply replied 8 years ago

DianaF: wow I must be dumb...don't understand your ques. the set of 1-16 with the pc. by Wiliam Adams out of Tunstall, Eng through the ice cream dishes to the Charlotte china and the saki matching tea set. all from WA and 17-24 ginger jar to all those clear glass punch cups..were all from WA..all bought and purchased and brought home in suitcases :)

I got gotcha. That's on me for not explaining it better. I thought maybe you had me looking at items you were thinking about buying and used me to decide if they were worth buying or not.

Instead you had me checking over things you just bought. It sounds like you had a good time and got some good stuff in the process.

b) These are modern blank type of mugs. These are the kind you pick up sort of wholesale and then use to personalize---like advertising mugs, novelties, etc. 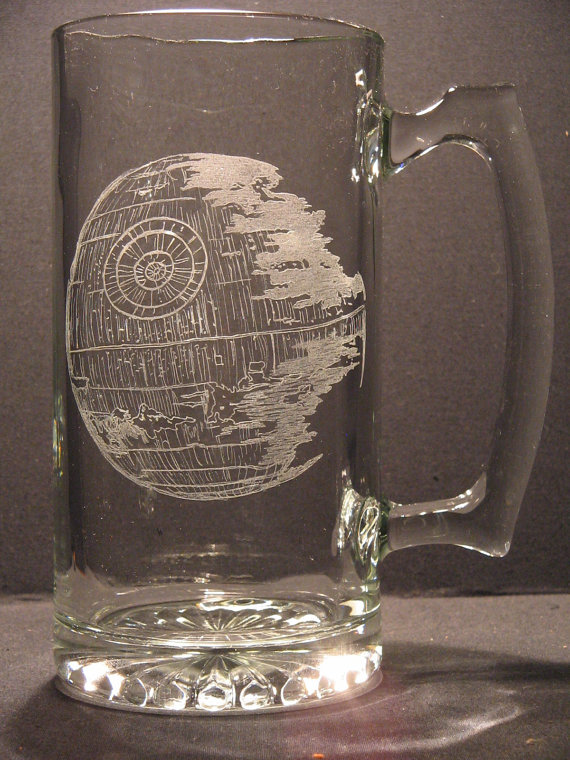 c) That's a modern delft mark. The mark is printed instead of fully hand written. It should date to the last 15 years or so. They run about $10 to $15.

d) Gibson china was started in the early mid 1900s. They've been incorporated since 1979. They're more than just a china company these days. They produce their own stuff as well as items branded for other companies. You have a set of their Pear Vista pattern. It was started in 2005 and ended in 2007. The 7" plates should be the salad plates. They have a value of $5 to $8 each.

e) They should say quadrifoglio. It's a modern Italian dinnerware company. They featured a number of theme plates----grapes, apples, florals, etc. It's a great polychrome scene. It also came in green. They should have a value of $8 to $10 each.

f) There's that late 20th century Japanese mark. It's a bit of a cross between the Bijutsu Toki and takahasi marks. The style is more out of Shibata though. IT's a black ground with metallic floral design. It should have a value of $10 to $15.

g) That should be a gold plated piece. There isn't much info on the company, but they look to be a mid century wholesale/import company. It most likely came from Asia. They're usually pot metal cores with gold plating. Not super high-end, but not dollar store pieces either. It has an art deco style to it. These run about $15 or $25 each.

h) Those are definitely interesting. They look like something from a party/gift shop. They should be a salad serving set. I think they might have been customized though because there are these: 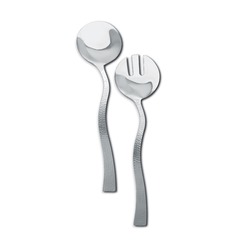 These were made by Cuisinox. They look an awful lot like yours. I think the stones were added after the fact. I think the addition looks better. =) They should run about $25 to $35.

i) Jesse barnes is referred as a light painter, much like Kinkade. Most images feature moonlight, sunlight, etc and have bright spot light type of look. It was part of a series that run in the early 1990s. and lasted about 2 years before the series was done. The Christmas Tree plate has a value of $25 to $35.

j) That's actually a pretty modern picture frame. It look slike it was made around the 80s/90s. It features the old logo designs, but modern images of Mickey. It probably came from the Disneyland gift shop. These run about $5 to $10.

k) That's a cute pumpkin. It's modern. The Linens and Things stores are closed but they do still exist online. Your bowl and set should date from late 1990s to early 2000s give or take a few. It's a cute seasonal piece and should do well near the fall. You're looking at about $20 to $30 for the set.

l) Whiting and Davis is an accessory company. They provide metal and chainmail for jewelry, bags, etc. They go back to 1876 and are still in business. That's a modern keychain, but not cheap. They made a similar style with hearts too. 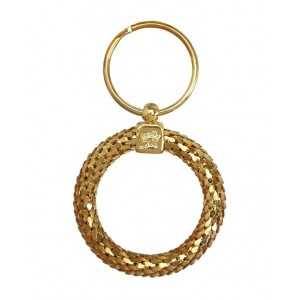 M) These were licensed after the original hummel figurines and were created by different companies. Ruetter made a lot of novelty items. I believe you had a tea set a few items back that they made. The vase should date to about the 1970s/80s. In the Lilly scene...they also made a few different vases, trinket boxes, plates, and little ceramic novelties. The vase should have a value of $15 to $20.

n) Those are adorable. They were a set of about 12 spoons, each featuring different Hummels. They were released from 1980 to 1984. They were made by ARS, which was the company by Josef Mueller in conjunction with MI Hummel who designed the figures. The spoons are worth about $8 to $10 each.

That's it. Let me know if you see any errors.

Have a great night
Diana

Verified
Diana F. and 87 other Antiques Specialists are ready to help you
Ask your own question now
Customer reply replied 8 years ago

DianaF: ooops sorry forgot to rate this one ):

Antique Expert: Diana F., Antiques Appraiser replied 8 years ago
hehe. I won't hold it against you.

Hey...Just out of curiosity ... do you get surveys from JA about me?

DianaF: yes but they send me one ea time..should I fill out ea and every one? I hate to have to keep saying what a great and wonderful person you are......lol

Antique Expert: Diana F., Antiques Appraiser replied 8 years ago
LOL.. No you don't have to fill it out everytime. I was just curious if you get one everytime or not.

If you would occassionaly..that would be awesome. They use those surveys in our "metrics" to determine how good of a job we're doing.

Antique Expert: Diana F., Antiques Appraiser replied 8 years ago
You don't have to do it each time. That's too much work. =) Just once in a while if you think about it and that would be more than fine.