I have silver nut cups...
I have silver nut cups with a face of a man on both sides of the cup and the bottom has a stamp several stamps one is a large B. My mother said about 10 years ago she had them looked at and was told they were from the time of President Washington time and side was $1,000 to 1,200 each. I have a dozen.
Show More
Show Less
Ask Your Own Antiques Question
Share this conversation

Hi! My name is XXXXX XXXXX I would be happy to help with your nut dishes.

Thank you for attaching a photo, unfortunately it is not sharp enough to see very much detail.

Does the head look like this one, by any chance? 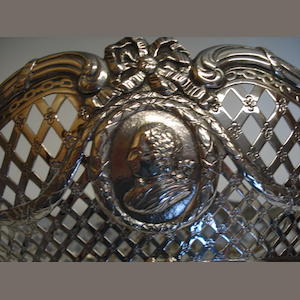 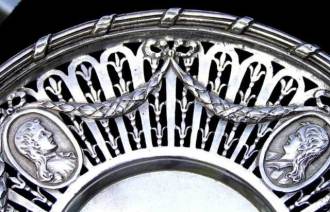 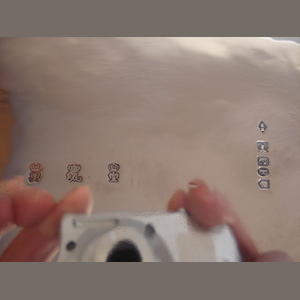 If not, could you send me a sharp picture and I will try to identify what you have.

Here's a REALLY simply way of attaching additional photos (three clicks and a copy and paste and you're done!).

Select the picture file from the box that pops up.

And then copy the link they give you (it will look similar to this http://www.imgur.com/xxxx) and paste it here.

The first picture, okay, thanks, we're narrowing it down!

No there is a Crown with an SR under it and the large B also looks like 800 and one more stamp really small I can't make out to me looks like the head of a swan.

Thanks for the extra information, that's really helpful, I think I know what you have now!

Last one looks like the crown sr, the B is huge I just posted a better picture on imgur that will help. 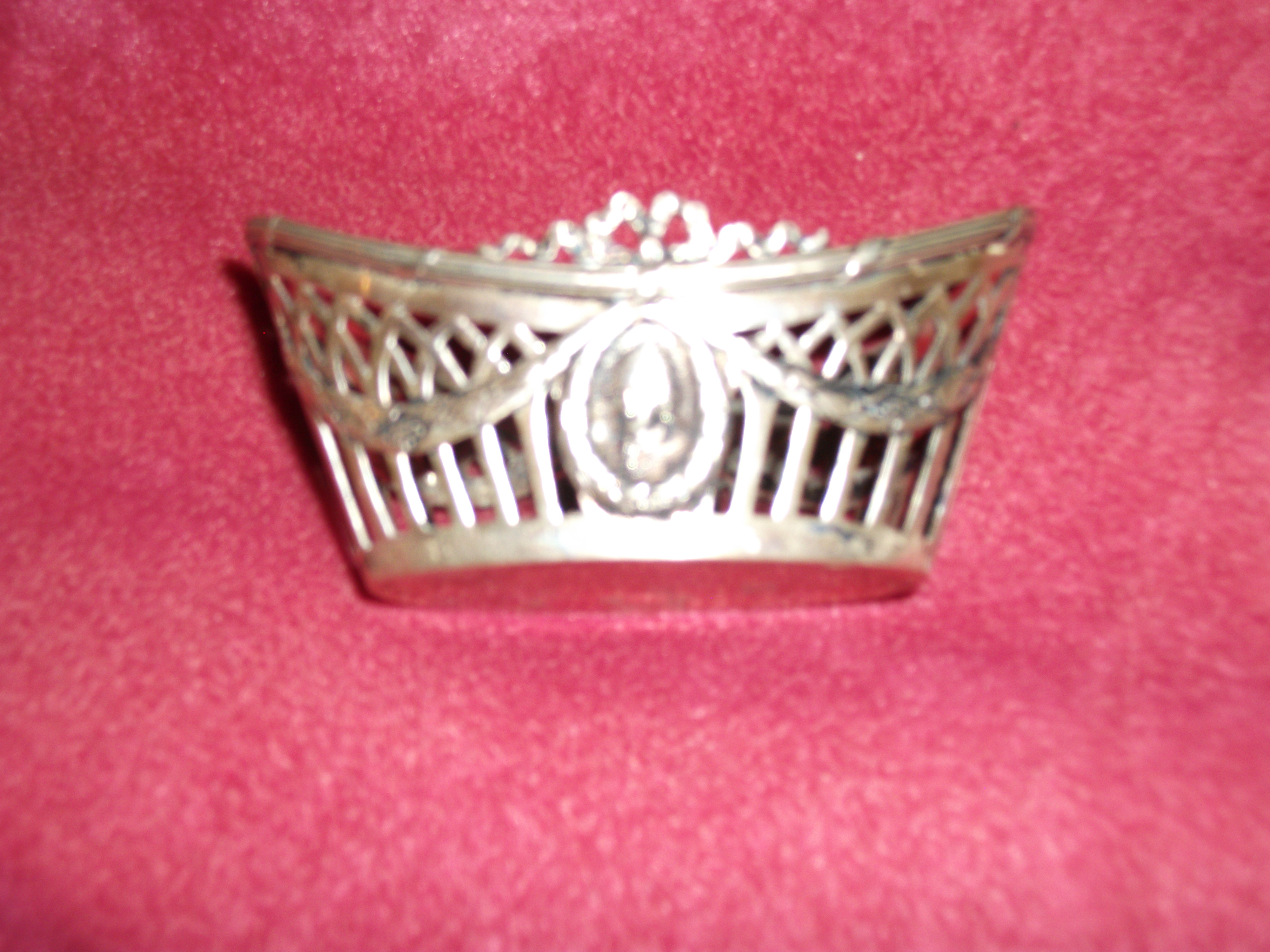 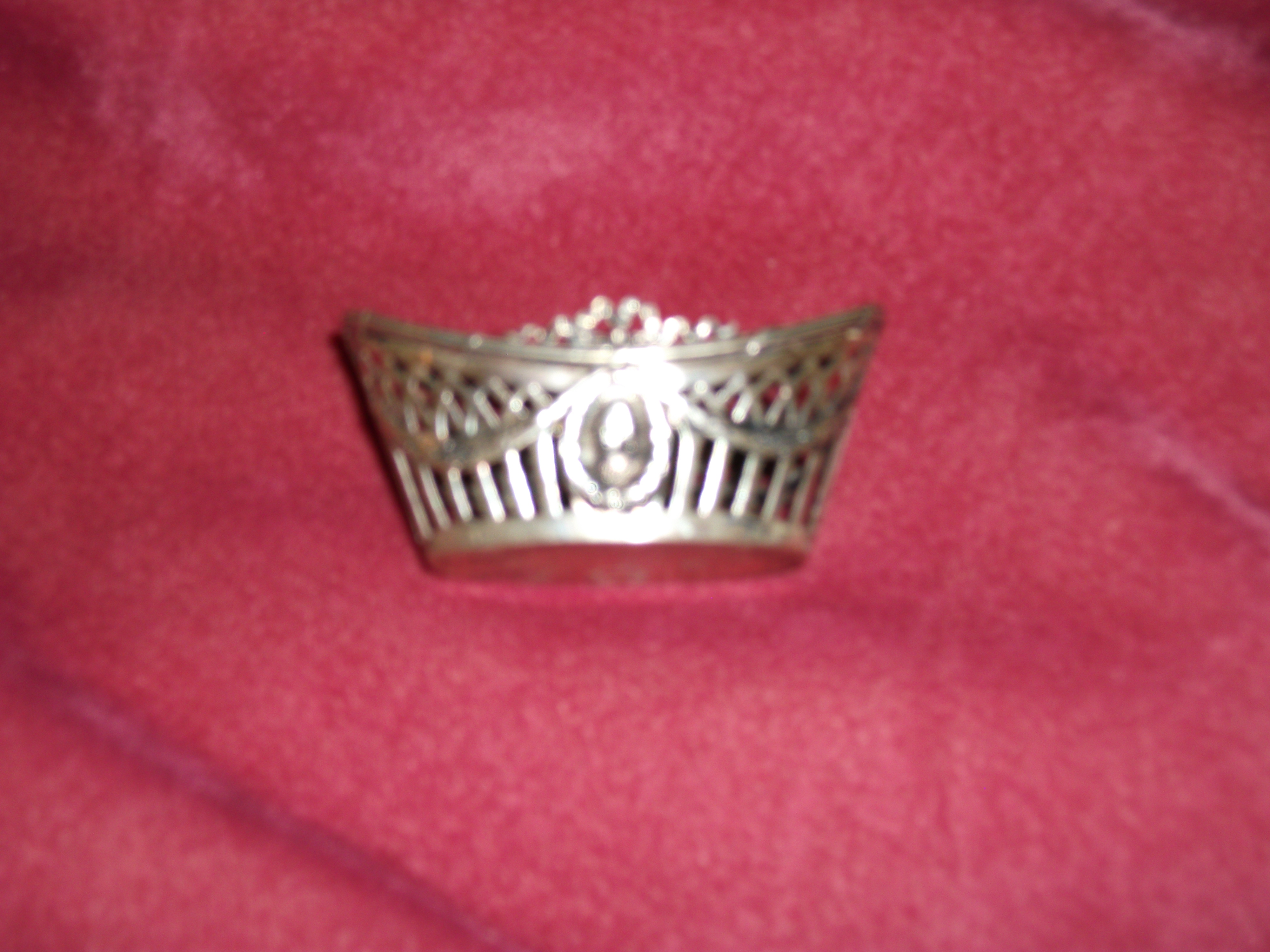 Thanks for the photos!

Well done for getting the picture of the mark onto www.imgur.com site. Now just copy the link they give you and paste it to where you are typing to me. That way I can use the link to see the photos that you put on imgur.

But don't worry if not, I have enough to go on to tell you what you have now that your have confirmed the crown over SR is the same one.

I just put a clearer bottom picture on imgur.

I can't see the picture on imgur unless you give me the link to it.

The link is just under where it says Link (email & IM) to the right of the photo.

Copy it and paste it to where you are writing to me.

Well done! I see what you have now, thanks so much!

The large engraved "B" is the initial of the person to whom the nut dishes first belonged so it is not part of the maker's marks.

So what do you have? Well you are quite right, they are a set of nut dishes or bon-bons. When the table was set for a formal dinner, each place setting would have had its own dish full of sugared almonds or other nuts set in front of it.

The style of the silver work is called "Louis XVI", that is, the way French silver looked in the last quarter of the 1700s but it is not that old. I'll come to the actual age in a minute.

The nut dishes would be described as being pierced and chased (which is the name for a raised up silver pattern) with profile cameo medallions joined by garland swags and with ribbons and bows mounted on the rims.

The workmanship is first class because this is the work of a well known German silversmith called Simon Rosenau.

Rosenau began a long and distinguished silvermaking and trading career in a town called Bad Kissingen where he was purveyor of antique silver to the royal Bavarian court.

Kissingen is located about 150 kilometers east of Frankfurt and a city on its outskirts called Hanau which was a famous center for silvermaking in the 1800s.

Rosenau moved to Hanau in the late 1800s but I believe your nut dishes were made earlier, during the 1870s or 1880s, while he was still at Kissingen. That's because they also have the little 800 (meaning silver that is 80% pure) and the other tiny mark which is a crown and a crescent moon, the hallmark for German silver. Silver from Hanau usually does not have the 800 or the crown & crescent as they remained a "free trade city" and exempted themselves from national rules and regulations concerning silver marks.

This set, in a presentation box, and a little younger than yours is priced at $1900 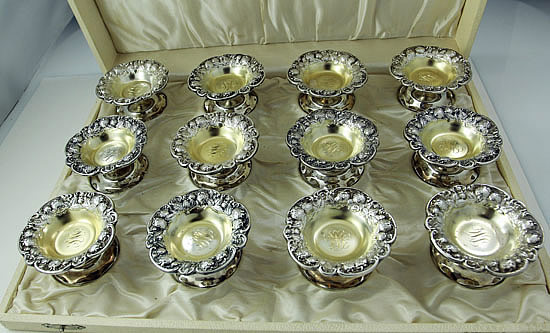 Yours are a little classier than these and at least 130 years old.

If you saw yours for sale in an antique store they would have a retail price of $3600. This is also the replacement value and what you should insure them for.

Expect to get about 40% of this if you were to sell at auction or on line.

Thank you very much for asking about them and for all your hard work with the photos, but was worth it in the end, I think.

Please let me know if you would like any further assistance with this, I would be happy to do so.

Diane in PA
Antiques Appraiser | Researcher | Seller
Associate Degree
708 satisfied customers
Show more
Disclaimer: Information in questions answers, and Show More
Disclaimer: Information in questions, answers, and other posts on this site ("Posts") comes from individual users, not JustAnswer; JustAnswer is not responsible for Posts. Posts are for general information, are not intended to substitute for informed professional advice (medical, legal, veterinary, financial, etc.), or to establish a professional-client relationship. The site and services are provided "as is" with no warranty or representations by JustAnswer regarding the qualifications of Experts. To see what credentials have been verified by a third-party service, please click on the "Verified" symbol in some Experts' profiles. JustAnswer is not intended or designed for EMERGENCY questions which should be directed immediately by telephone or in-person to qualified professionals.